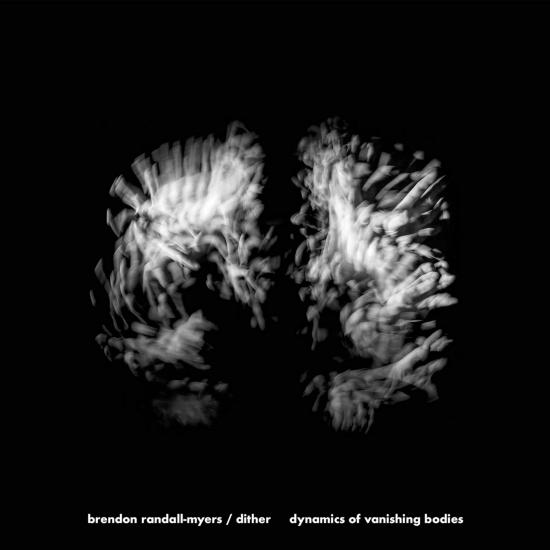 Entering a new stage in an illustrious career as a composer and guitarist amidst New York’s ever-evolving downtown scene, Brendon Randall-Myers presents his first piece composed for electric guitar quartet: Dynamics of Vanishing Bodies. Following years performing in a variety of contexts, Dynamics of Vanishing Bodies represents the culmination of Randall-Myers' relationship with the guitar – not only as a musical instrument, but a therapeutic device and extension of the body. Written specifically for fellow-NYC avant-guitar stalwarts Dither, the 37-minute piece deploys the full gamut of techniques, tunings, and six-string strategies at Randall-Myers’ fingertips across five dynamic sections of physically and sonically challenging ensemble playing.
At the root of Randall-Myers’ piece lies a palpable sense of ‘absence as a felt presence’; of the pain felt facing a void when a loved one has gone. The loss of his grandfather ignited this haunting sense of absence, as did lengthy periods apart from his wife (then based in Beijing while on a winding path to a Green Card). Randall-Myers describes the space around him as having been both empty and ‘full of memories’. “I was in our apartment surrounded by our stuff and communicating digitally with her, but with no idea when I’d be able to be with her in that space again.” This separation directly informed the emotional intensity of Dynamics of Vanishing Bodies, formulating as it does delayed reflections of itself; organised within its five-movement structure as “event” followed by “ghost of event”.
Interlocking plucks and riffs from some 20 idiosyncratic tunings used between the four guitarists give way to both hanging silences and heavy walls of feedback. The four consistently break off too, moving through precisely composed on-the-spot re-tunings, at times audible with notes sliding between the melodies of the performance itself. The beautiful final movement, ‘Vanishing Bodies (lines and loops)’, sees all four guitarists switch to foot pedal and loopers to sustain the piece long after physically playing, reanimating the last remnants of the composition as it vanishes once and for all into an ornamental refraction of its own memory.
The composer’s own long-distance running and performing history also guided the piece’s composition, forming as it does something of a sado-masochistic challenge of focus and physical endurance for the performers. Randall-Myers joined the Glenn Branca Ensemble in 2015 and has conducted the group since the composer’s passing in 2018; he recalls the sheer physical and emotional intensity he felt conducting Branca’s music for the first time as “a kind of possession”, outright leaving him physically injured and unable to get out of bed for two days. Balancing chaos with discipline and learning to live with both; having a practice; having a structure – the way Randall-Myers sees it, this all goes “hand-in-hand with endurance”. While Dither are far from new to intensely physical and challenging music, recording sessions for Dynamics of Vanishing Bodieswere nonetheless fraught with exhaustion and visible fraying in the performers. Only with the trust forged via Randall-Myers’ personal relationship with Dither (he’s frequently subbed as a member of the group in live performances) could the project have even happened. “I could ask myself to do it, or them, but pretty much nobody else.”
Dynamics of Vanishing Bodies was written as part of a Jerome Foundation-sponsored residency at Roulette Intermedium in Brooklyn. The piece first premiered at Roulette Intermedium in 2017, and was subsequently performed by Dither at Bang on a Can’s LOUD Weekend, plus The Stone NYC in 2019. The album was recorded at Greenpoint Recording Collective in Brooklyn and mixed by two-time Grammy Nominee Mike Tierney.
"Dynamics of Vanishing Bodies, Brendon Randall-Myers’ five-movement, album-length work for four electric guitars, sounds something like a scaled-down variation on some of Glenn Branca’s long-form symphonies for massed guitar orchestra. That shouldn’t be entirely surprising, given that Randall-Myers, himself a guitarist as well as a composer, participated in the Glenn Branca Ensemble and conducted it after Branca’s death. Randall-Myers’ background in punk and metal is also evident, particularly in the work’s distorted timbres and dissonances. Randall-Myers builds much of the collective sound as an accumulation of interlocking, short motifs and/or rhythms; rather than going for an effect of sheer sonic mass, he leaves open spaces over which the ringing ends of these brief riffs can hang. The guitars, played here by the Dither quartet of Taylor Levine, Joshua Lopes, James Moore and Gyan Riley, put out a shimmeringly rich, reverb-drenched sound augmented by sustaining pedals and loops." (Daniel Barbiero)
Brendon Randall-Myers, guitar
Dither:
Taylor Levine, guitar
Joshua Lopes, guitar
James Moore, guitar
Gyan Riley, guitar 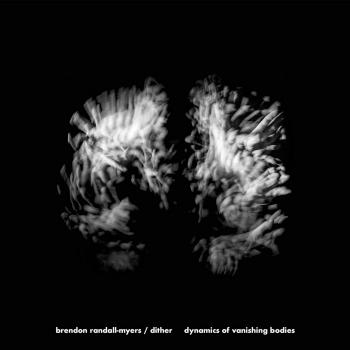 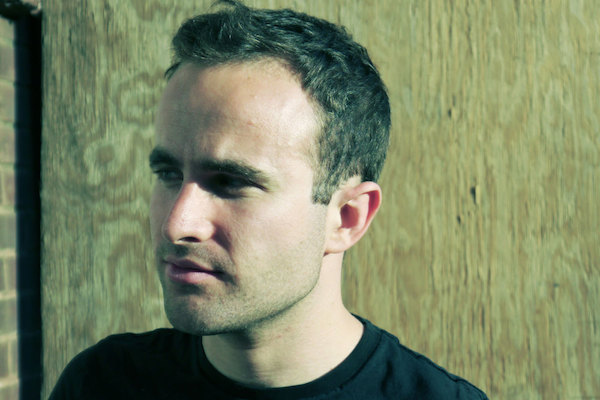 Brendon Randall-Myers
is a Brooklyn-based composer and guitarist with an affinity for complex, cathartic, endurance-based music at various intersections of rock, experimental, theater, and classical. Described as “fiercely aggressive but endlessly compelling” (The San Francisco Chronicle), "intricate and dynamic" (I Care If You Listen), "massive in its impact" (Sarasota Herald-Tribune), and “an exhilarating blast of energy” (Chicago Classical Review), his music aims to induce trance/flow states via repetition and amplification, inspired by experiences on 20-mile runs and performing in punk and metal bands. Brendon has written for classical musicians - pianists (Miki Sawada), string quartets (Friction Quartet), chamber ensembles (Exceptet), and orchestras (Chicago Symphony, Omaha Symphony) - as well for cross-genre/experimental groups like Bang on a Can, Dither, and Bearthoven. His work has received support from the Jerome Foundation, New Music USA, New York State Council for the Arts, the Guitar Foundation of America, the Foundation for Contemporary Arts, and ASCAP.
Brendon co-leads Invisible Anatomy, a multimedia avant-rock ensemble described as “sometimes haunting sometimes hilarious and consistently mesmerizing,” (I Care If You Listen) and Marateck, “a gripping math-rock band, combining shattered, wiry abstraction with moments of delicate atmosphere” (Tone Madison). He is a member of the Glenn Branca Ensemble, and has conducted the group since Branca’s death in 2018. He is a member of the absurdist art-rock band Ecce Shnak, and performs frequently with avant-electric guitar quartet Dither. As a freelancer, he has played with orchestras (China Philharmonic, Chicago Symphony, Atlanta Symphony), indie bands (Magik*Magik, Fay Kueen), contemporary classical groups (Ensemble Signal, Contemporaneous), and in operas and experimental theater (Opera Saratoga, Object Collection).
Dither
a New York based electric guitar quartet, is dedicated to an eclectic mix of experimental repertoire which spans composed, improvised and electronic music. Formed in 2007, the quartet has performed across the United States and abroad, presenting new commissions, original compositions, multimedia works, and large guitar ensemble pieces. Dither’s members are Taylor Levine, Joshua Lopes, James Moore and Gyan Riley.
Dither has performed and collaborated with a wide range of artists including Eve Beglarian, Nels Cline, Fred Frith, Mary Halvorson, David Lang, Ikue Mori, Phill Niblock, Lee Ranaldo, Lois V. Vierk, Yo La Tengo, and John Zorn. They have brought their live 13-guitar rendition of Steve Reich's Electric Counterpoint to The Barbican Center, Lincoln Center Out of Doors, The Ellnora Guitar Festival and WNYC's New Sounds Live. The quartet has also performed at the Guggenheim Museum, the Bang on a Can Marathon, The Performa Biennial, The Amsterdam Electric Guitar Heaven Festival, Hong Kong's Fringe Theater, The Winter Jazz Festival and the Borealis Festival.
Dither produces an annual Extravaganza, a raucous festival of creative music and art, which has been called an "official concert on the edge" by the New Yorker and "the here and now of New York's postclassical music scene" by Time Out New York. The quartet’s self-titled debut album was released on Henceforth Records in 2010 to critical acclaim. Their latest release Dither plays Zorn on Tzadik, featuring the premiere recordings of several of John Zorn's improvisational game pieces, was named one of Rolling Stone’s “top avant albums of 2015.”