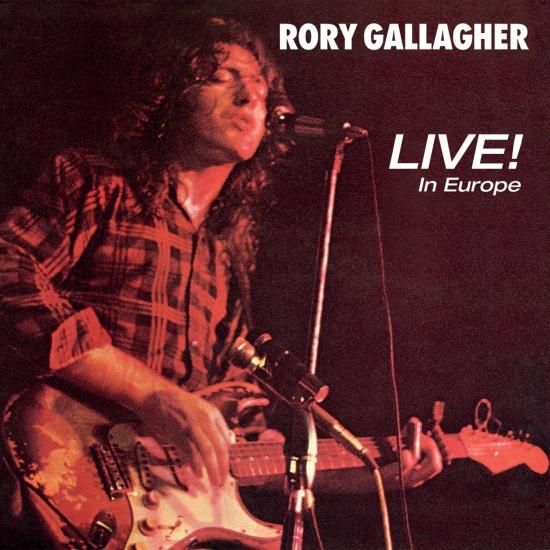 Info for Live! In Europe (Remastered)

Live! In Europe was Rory’s first official live album, and was recorded throughout Europe during February and March 1972. Released 14th May 1972. The album was Rory’s first major commercial success and provided his first solo top ten album. In the same year of 1972 he was Melody Maker's Guitarist / Musician of the Year, winning out over Eric Clapton and Jimmy Page. Live! In Europe has served as a massive influence on budding musicians. U2’s Adam Clayton and The Edge both cite the album as the recording that made them want to pick up the guitar and play in a rock’n’roll band. This 2012 remaster used the original vinyl artwork and 1/4" tapes so that they look and sound exactly as Rory intended.
The live album Live in Europe/Stage Struck captures Rory Gallagher at his finest, as he tears his way through many of his very best songs. Though the performance quality is a little uneven, there are gems scattered throughout the record, including smoking versions of "Messin' with the Kid" and "Laundromat."
Rory Gallagher, guitar, harmonica, mandolin, vocals
Gerry McAvoy, bass
Wilgar Campbell, drums
Digitally remastered