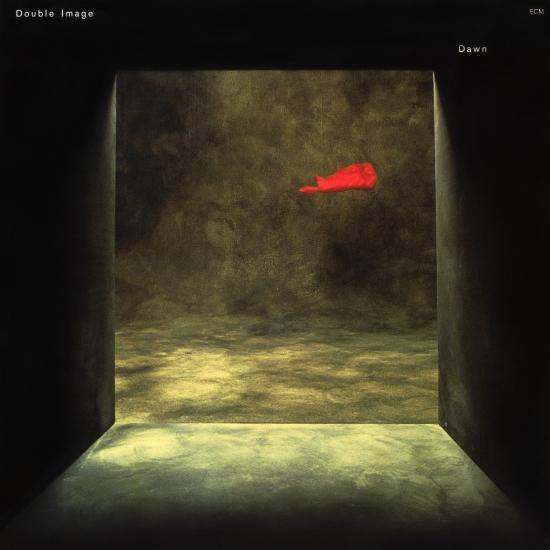 Double Image was the intermittent project of Davids Friedman and Samuels, whose vibes and marimbas found likeminded company in session musicians Harvie Swartz and Michael DiPasqua on Dawn, the second of only three albums for the group and their only for ECM. Having two jazz percussionists in the same space was something of a rarity in the late seventies, when the album was recorded, and perhaps contributed to its being swept under the carpet over time. What we have, however, is a smooth and airy set of four extended pieces more than worthy of a reissue.
Every gesture therein is artfully considered, as demonstrated to delightful effect in the opening “Passage.” Swartz’s buttery soft bass adds girth to the Friedman/Samuels nexus, where light and darkness walk hand in hand. While DiPasqua baits a hook for every loop, vibe notes hang like keys from a chain, swinging in a steady hand with a pleasant jingle. For the final stretch, marimbas smoke from a flame of cymbals before vibes recap with a sublimely resolute chord. These plaintive measures continue in “The Next Event,” where the marimba broadens its wingspan into “Sunset Glow.” And as that honeyed bass trickles slowly back in, the shaded sound is fleshed out into a colorful fan of sunrays. Swartz beatifies the final “Crossing,” which, over a steadily popping snare, flows with calm virtuosity before breathing down the neck of finality.
This album makes a fine addition to any mallet enthusiast’s collection and proves that, even as its drowsiest, ECM quietly towers above the rest. A personal favorite among the label’s painted covers as well.
David Samuels, vibraharp, marimba
David Friedman, vibraharp, marimba
Harvie Swartz, bass
Michael DiPasqua, drums, percussion
Recorded October 1978 at Talent Studio, Oslo
Produced by Manfred Eicher
Digitally remastered 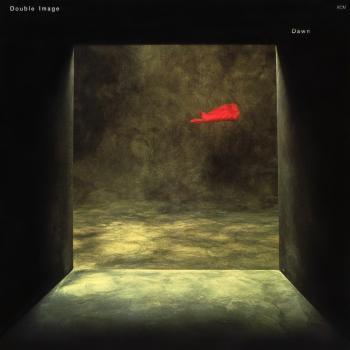 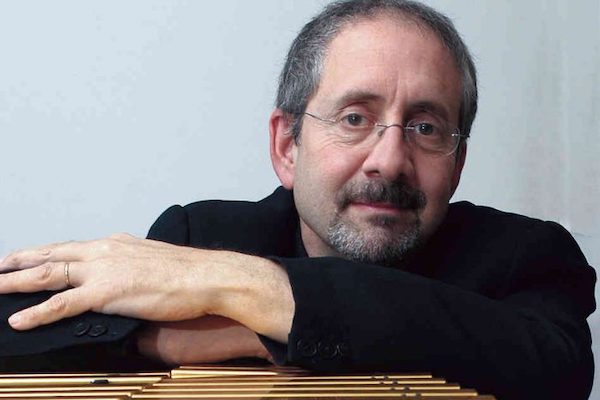 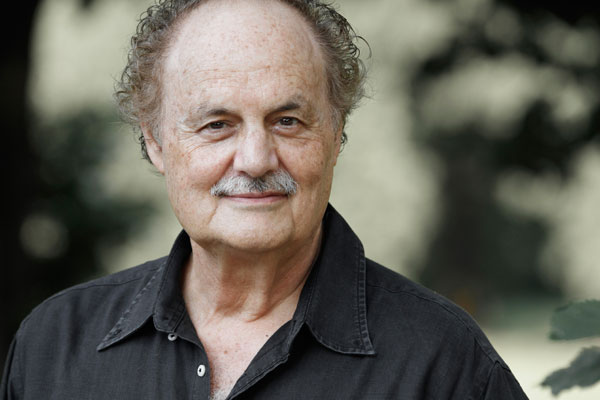 Dave Samuels
has established himself as one of the top mallet players of his generation. He is recognized for his fresh new sound and creative approach to both the vibraphone and marimba. Samuels has demonstrated his versatility and gained worldwide recognition by performing and recording with a broad scope of artists, including Gerry Mulligan, Oscar Peterson, Chet Baker, Stan Getz, Carla Bley, Pat Metheny, the Yellowjackets, Bruce Hornsby, Frank Zappa, The Fantasy Band and Spyro Gyra.
For over a decade, Samuels has been performing and recording with his group The Caribbean Jazz Project, whose CD Afro Bop Alliance communicates that the CJP is the most thoroughly inventive Latin Jazz ensembles of this or any era. The album received a Latin Grammy and was also nominated for a Grammy. Previous CD's Here and Now - Live in Concert and Birds of a Feather were nominated for "Best Latin Jazz Recording". Their recording The Gathering won a Grammy in 2003 for ‘Best Latin Jazz Recording'. Some of his other recording projects include Remembrances, a percussion recording that features a commissioned marimba concerto for chamber orchestra and soloist composed by Jeff Beal, and Tjaderized - A Tribute to Cal Tjader, which features contributions from some of Tjader's former band mates Chick Corea, Eddie Palmieri, Clare Fischer, Ray Barretto, Michael Wolff and Karl Perazzo as well as performances by Dave Valentin and David Sanchez.
Another one of Samuels's projects, Double Image - the vibe and marimba duo consisting of Dave Samuels and David Friedman, has been performing together for thirty years. The two masters of mallet percussion first created the unique combination of vibraphone and marimba in 1974. What emerged was a totally new sound and approach that has set a new standard for mallet percussionists everywhere. Their recordings have received critical acclaim and their performances have been described as "spellbinding". Double Image performs music which spans many styles, from jazz standards and original compositions to through-composed pieces and spontaneous improvisations. Samuels's longtime association with American jazz fusion band Spyro Gyra lasted from 1977 to 1994 and included twenty recordings. During that time, the Grammy-nominated group was named number one Contemporary Jazz Artist and Contemporary Jazz Group of the '80s by Billboard magazine.
In addition to his playing, Samuels is a respected educator and author. Samuels has been voted "Best Vibes Player" in both Jazziz and Modern Drummer magazines, and received numerous Grammy nominations.
David Friedman
is considered to be one of the most influential vibraphonists in the history of the instrument. Internationally renowned as a vibraphonist, marimbist, composer and jazz educator, he has his own musical message, born of fascinatingly diverse musical influences.
Having worked with such varied musical personalities as Leonard Bernstein, Luciano Berio, Bobby McFerrin, Wayne Shorter and Yoko Ono, few jazz musicians can claim as broad a spectrum of performing and recording experience.
The list doesn`t stop there. Friedman has been heard either live or on recordings with, among others, Joe Henderson, Horace Silver, Johnny Griffin, Hubert Laws, Jane Ira Bloom, Ron Carter and John Scofield. Friedman’s vibraphone and compositions are both featured on Chet Baker’s award winning Enja release Peace, with bassist Buster Williams and drummer Joe Chambers.
A dedicated and renowned educator, David Friedman founded the jazz program at Berlin’s University of the Arts, and served as its head for sixteen years. He continues to perform masterclasses throughout Europe, North America and Japan. His book, Vibraphone Technique, Dampening and Pedaling, is considered to be the Bible of mallet instruction books.
In 1977, Friedman co-founded the unique vibe-marimba quartet Double Image, with Dave Samuels. Their first recording, Double Image, was nominated for a German “Grammy”, and has just been re-released as a special edition by Enja Records. Friedman’s Enja release Shades of Change, with pianist Geri Allen, bassist Anthony Cox and drummer Ronnie Burrage, was voted by Downbeat magazine as “One of the year’s best 20 CD’s”.
Friedman’s trio playing with star drummer Daniel Humair and bassist J.F. Jenny-Clarke, documented on their 1992 live release Ternaire, showcases modern, interactive jazz improvisation, ranging from an agressive driving swing to tender lyricism.
Friedman’s project with bandoneonist Dino Saluzzi, Astor Piazzola’s heir to modern tango, is a synthesis of American jazz and ethnic improvisation. The gifted bassist Anthony Coxcompletes the trio. Their 1996 CD release, Rios, on Intuition Records, has been called “a true work of art” by the Chicago Tribune.
37_cover_frontOne of Friedman’s unique accomplishments is his solo mallet recording, which utilizes multiple vibe and marimba overdubs to create richly textured soundscapes. The first recording of its kind ever done by a mallet performer, it is aptly entitled Air Sculpture (Traumton Records). Jazz Friends Review writes: “This music is made of the same fabric dreams are made of. This daring recording is riveting.” Germany’s Die Woche callsAir Sculpture, “a humble masterpiece!” ....