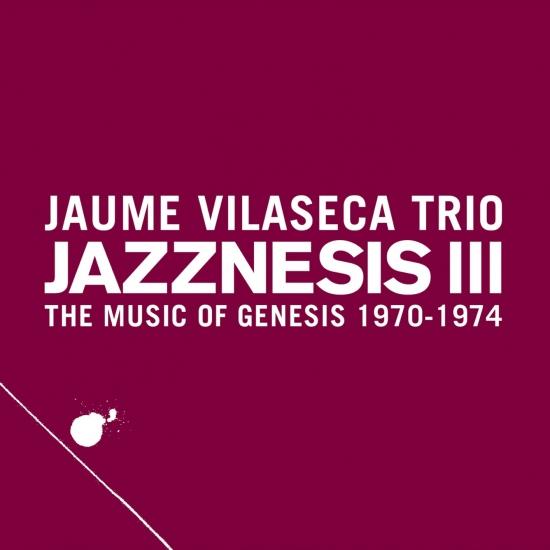 End of the trilogy dedicated to the music of Genesis, arranged by the pianist Jaume Vilaseca and interpreted by his trio and some collaborators of the Catalan jazz scene. This completes a project that began in 2008, continued in 2015 (Jazznesis II) and culminates with a third volume that maintains the commitment and intensity of the previous ones. The set list is based again on compositions from "the Gabriel era", the most risky and creative of the British band, the one that goes from Trespass (1970) The Lamb lies down on Broadway (1975). And the concept, returns to the idea that any repertoire is valid for improvisation and that a jazz musician can find the spark of his inspiration in a more or less unusual repertoire. The strong involvement in the arrangements, an acoustic and purely jazzistic interpretation and the recovery of some jewels not yet reinterpreted as "The Cinema Show" make Jazznesis III an epilogue in the form of a respectful and at the same time intrepid tribute of the Genesis work. As a novelty, it should be noted the prominence of vocal jazz, the youth of Mar Vilaseca in "Cuck Cocoon" and "Anyway" and the experience of Xavi Casillas in "Counting out time" and "The Chamber of 32 Doors".
Jaume Vilaseca, piano
Dick Them, double bass
Ramón Díaz, drums
Guests:
Roger Mir, alto and tenor saxophone, flute
Mar Vilaseca, vocals
Xavi Casellas, vocals 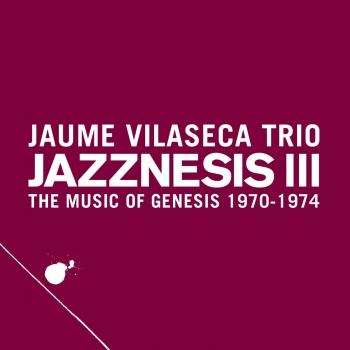