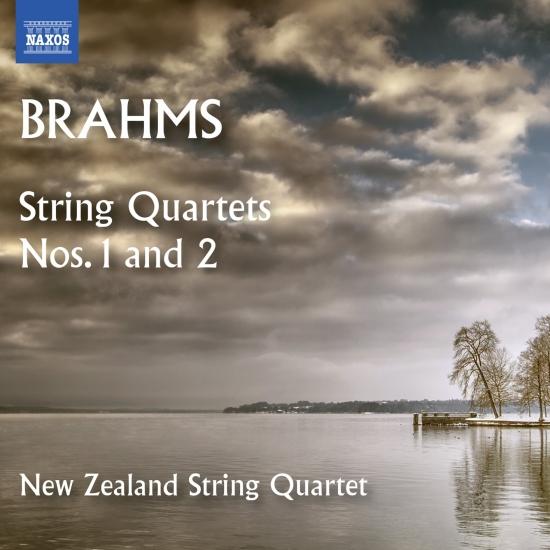 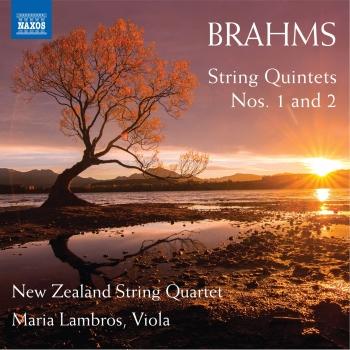 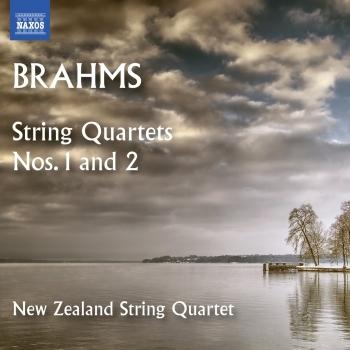 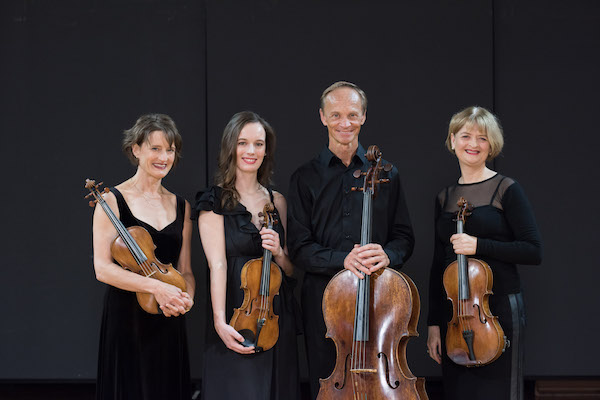 New Zealand String Quartet
Celebrating its 29th season in 2016, the New Zealand String Quartet has established an international reputation for its insightful interpretations, compelling communication, and dynamic performing style. The Quartet is known for its imaginative programming and for its powerful connection with audiences of all kinds.
Over the decades the Quartet has cultivated a rich repertoire, including a wide variety of New Zealand music, composers' cycles from Beethoven to Bartok, Mozart to Berg, in addition to theatrical presentations on musical topics ranging from Haydn’s “Seven Last Words” to Janacek's "Kreutzer Sonata".
The group's extensive discography includes all the quartets by Mendelssohn, Bartok and Berg, many New Zealand compositions, works by Ravel, Debussy, Mozart, Beethoven, Schubert, Dvorak, Wolf, and the premiere recording of the remarkable Zoltan Szekely quartet. In 2011 the Atoll Records release "Notes from a Journey', a collection of works by New Zealand composers, won 'Classical Recording of the Year' at the NZ Music Awards. Their most recent recordings on the Naxos label include 'Asian Music for String Quartet' and a disc featuring the complete chamber works for strings by Douglas Lilburn. The NZSQ’s current project, also for Naxos, includes all the Brahms string quartets as well as his string and clarinet quintets
Acclaimed performances in London's Wigmore Hall and the City of London Festival, in New York at the Frick Collection, and in Washington's Library of Congress Coolidge Auditorium have led to regular touring in the UK, Europe and North America. The Quartet has also toured in Mexico, Curaçao, Japan, Korea, and China, and made many visits to Australia, including the Australian Festival of Chamber Music in Townsville and the Canberra International Music Festival. Much-loved by audiences in New Zealand, the country's premier chamber ensemble presents a vast array of concerts in venues large and small all over the country each year.
The New Zealand String Quartet is renowned for its versatility and has enjoyed collaborating with musicians from all over the globe, in a range of classical, jazz and world music genres. Collaborations with classical musicians and ensembles have included performances with Piers Lane, Kathryn Stott, Martin Roscoe, Peter Nagy, James Campbell, Nobuko Imai, Hariolf Schlichtig, Gao Ping, Anton Kuerti, Alexander Lonquich, Peter Cropper, Colin Carr, Frans Helmerson, Christoph Richter, and Joel Quarrington, the Lafayette, Lindsay, Michelangelo, Prazak, and Goldner quartets, the BBC Scottish Symphony, the New Zealand Symphony Orchestra, The Song Company and Voices New Zealand chamber choir.
Equally comfortable outside the realms of classical music, the Quartet has collaborated with jazz greats Mike Nock, Jim Hall, Wayne Marshall, and world music exponents such as Turkey's Omar Farouk Tekbilek and New Zealand's Richard Nunns and Horomona Horo. In 2013/2014 the group undertook a ground-breaking collaboration with the Forbidden City Chamber Orchestra, China's foremost traditional instrument ensemble, touring a programme of seven new works by Chinese and New Zealand composers in both China and New Zealand. 2016 sees the Quartet touring New Zealand with jazz pianist Uri Caine and improvising on stage with the Royal New Zealand Ballet in Alexander Ekman’s “Cacti”.
The Quartet is committed to the development of young musicians and composers through its work as Quartet-in-Residence at the New Zealand School of Music at Victoria University, where three of the members are Associate Professors. They also enjoy giving master classes worldwide and run the annual Adam Summer School for Chamber Music in Nelson, as well as a chamber music course for secondary school students each year at Queen’s Birthday weekend.
Violinist Helene Pohl and violist Gillian Ansell are co-artistic directors of the biennial Adam Chamber Music Festival in Nelson, regarded as one of the foremost festivals of its kind in the southern hemisphere. After making music together for over 20 years, 2nd violinist Doug Beilman stepped down at the end of 2015 and has been replaced by Australian violinist Monique Lapins. The three other long-serving members of the Quartet have each received recognition as Members of the New Zealand order of Merit (MNZM) for services to music in New Zealand.