The King And I (The 2015 Broadway Cast Recording) Various Artists 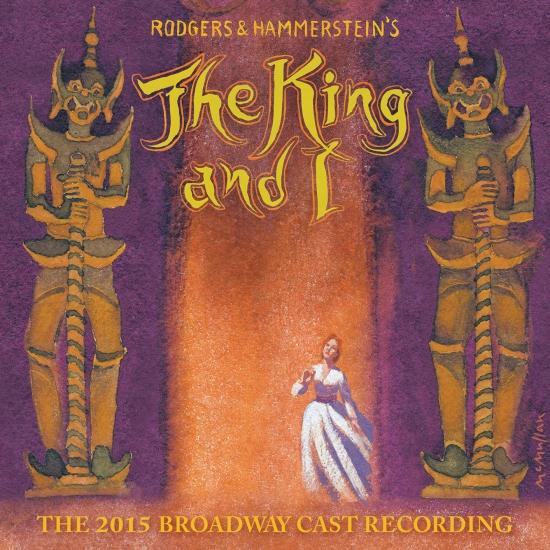 Info for The King And I (The 2015 Broadway Cast Recording)

Decca Broadway presents the new Broadway Cast recording of Rodgers and Hammersteins beloved classic, The King and I.
Starring six-time Tony Award nominee Kelli O Hara (The Light in the Piazza, South Pacific) and Tony and Academy Award nominee Ken Watanabe (The Last Samurai, Inception) star in the magnificent new Broadway production.
Nominated for NINE Tony Awards:
Best Musical Revival
Best Leading Actor in a Musical - Ken Watanabe
Best Leading Actress in a Musical - Kelli O Hara
Best Featured Actress in a Musical - Ruthie Ann Miles
Best Scenic Design of a Musical - Michael Yeargan
Best Costume Design of a Musical - Catherine Zuber
Best Lighting Design of a Musical - Donald Holder
Best Direction of a Musical - Bartlett Sher
Best Choreography - Christopher Gattelli
The album features a cast of more than 50 and a score of treasured songs including, Getting to Know You, I Whistle a Happy Tune and Shall We Dance? in their glorious, original orchestrations.
Tony winner Bartlett Sher (South Pacific) directs this classic tale of a British schoolteachers unexpected relationship with the imperious King of Siam.
Music Director Ted Sperling (South Pacific, The Light in the Piazza) leads the 29-pieces orchestra and cast.
„This score, given the full velvet touch by a sublime orchestra, contains some of [Rodger s and Hammerstein s] lushest ballads. They acquire freshening nuance and anchoring conviction here. That Ms. O Hara, one of our greatest reinterpreters of musical standards, does so is not surprising. (You ll feel you re hearing Hello, Young Lovers for the first time.)“ (New York Times)
„You can t overstate how stunningly beautiful, how achingly well sung this new revival of The King and I is.“ (New York Post)
„There are moments in Lincoln Center Theater's ravishing new Broadway production of The King and I (***½ out of four) that may leave you grinning so hard your face will hurt. Then suddenly, without warning, you'll be fighting off tears.“ (USA Today)
A Broadway Musical:
The King and I is a musical, the fifth by the team of composer Richard Rodgers and dramatist Oscar Hammerstein II. It is based on the 1944 novel Anna and the King of Siam by Margaret Landon, which is in turn derived from the memoirs of Anna Leonowens, governess to the children of King Mongkut of Siam in the early 1860s. The musical's plot relates the experiences of Anna, a British schoolteacher hired as part of the King's drive to modernize his country. The relationship between the King and Anna is marked by conflict through much of the piece, as well as by a love that neither can admit. The musical premiered on March 29, 1951, at Broadway's St. James Theatre. It ran nearly three years, then the fourth longest-running Broadway musical in history, and has had many tours and revivals.
In 1950, theatrical attorney Fanny Holtzmann was looking for a part for her client, veteran leading lady Gertrude Lawrence. Holtzmann realized that Landon's book would provide an ideal vehicle and contacted Rodgers and Hammerstein, who were initially reluctant but agreed to write the musical. The pair initially sought Rex Harrison to play the supporting part of the King, a role that he had played in the 1946 film made from Landon's book, but he was unavailable. They settled on the young actor and television director Yul Brynner.
The musical was an immediate hit, winning Tony Awards for Best Musical, Best Actress (for Lawrence) and Best Featured Actor (for Brynner). Lawrence died unexpectedly of cancer a year and a half after the opening, and the role of Anna was played by several actresses during the remainder of the Broadway run of 1,246 performances. A hit London run and U.S. national tour followed, together with a 1956 film for which Brynner won an Academy Award, and the musical was recorded several times. In later revivals, Brynner came to dominate his role and the musical, starring in a four-year national tour culminating in a 1985 Broadway run shortly before his death. Christopher Renshaw directed major revivals on Broadway (1996) and in the West End (2000), and a Broadway revival, directed by Bartlett Sher (2015). Both professional and amateur revivals of The King and I continue to be staged regularly throughout the English-speaking world.

A compilation dedicated to funk and pre – zouk period, which has never been documented before. It is compilated by specialists of the genre: Julien Achard (Digger's Digest) and Nicolas SKLIRIS (ex-Superfly Records).
After the success of Kouté Jazz, Heavenly Sweetness comes back with a dancefloor but not jazz compilation, enough to move your feet at through the whole summer ! 13 disco, boogie and Zouk tracks recorded in the 80’s in the West Indies.
The advantage of this selection is precisely that it reveals a broader spectrum than the zouk music style that are badly defined. Most of the tracks, were not much broadcasted even if interpreted by some big names in Caribbean music (Pierre-Edouard Decimus / Patrick St. Eloi / Eddy La Viny). They were too fast classified as Zouk. These Tracks reveal this will of singularity, this merger between traditional and other rhythms genres (funk, disco, afro-beat, Latin Brazilian ...), with the addition of new instruments such as synthesizers and drums machine in the creative process.
In many zouk’s albums, this period often included one or even several, tracks that were qualified as "proto-zouk" and "funky-zouk" or the "boogie-zouk" to emphasize the fusion of genres . But these tracks have remained unknown to the general public because only the "hits" were played on the radio, dance floors (the famous "tan" or “zouk”), clubs and bus.

Booklet for The King And I (The 2015 Broadway Cast Recording)