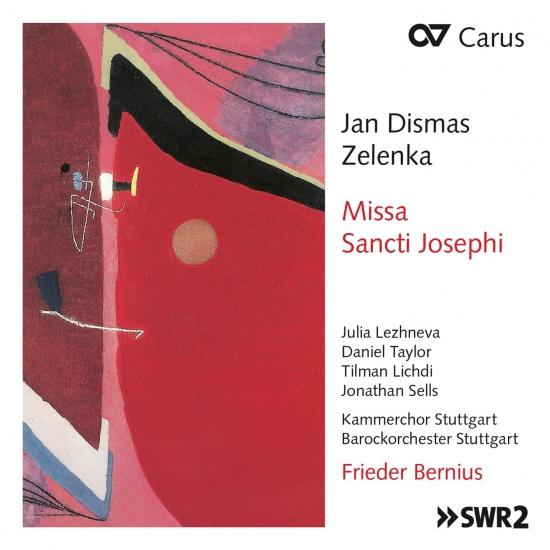 With his Kammerchor Stuttgart, Frieder Bernius has recorded Jan Dismas Zelenka’s impressive "Missa Sancti Josephi" which, although already composed in 1732, is in no way inferior to Zelenka’s famous late masses. Up to now this work was not available for performance since the autograph score - the only preserved source - was severely damaged in 1945. However, a reconstruction was possible and is now available for the first time in an edition at Carus-Verlag; the recording by Frieder Bernius was also made on the basis of this edition. As always, Bernius collaborates with high-ranking soloists, including - for the first time - the young soprano Julia Lezhneva. The recording is complemented by Zelenka's psalm compositions "De profundis" and "In exitu Israel".
Julia Lezhneva, soprano
Daniel Taylor, counter-tenor
Tilman Lichdi, tenor
Jonathan Sells, bass
Kammerchor Stuttgart
Barockorchester Stuttgart
Frieder Bernius, direction 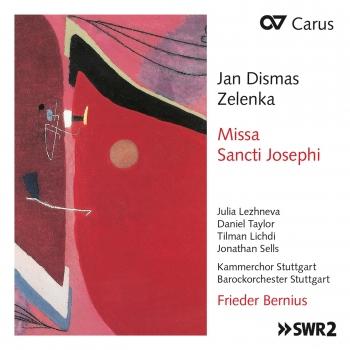 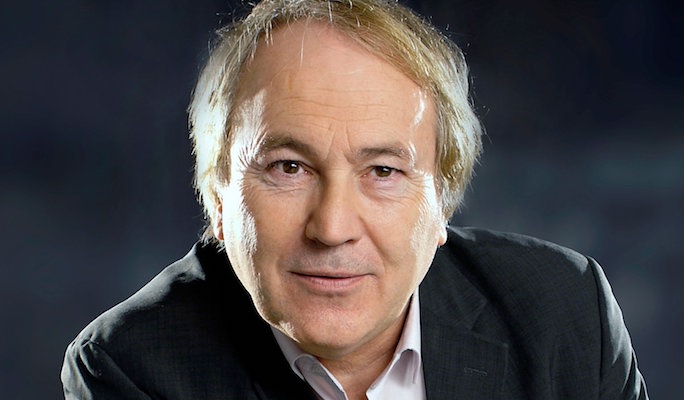 Frieder Bernius
work has earned great worldwide recognition. He is in demand internationally as a conductor and as a teacher. His principal artistic collaborators are the ensembles he founded himself, the Kammerchor Stuttgart, the Barockorchester Stuttgart, the Hofkapelle Stuttgart and the Klassische Philharmonie Stuttgart. As a guest conductor, he has collaborated repeatedly with, for example, the SWR Vokalensemble Stuttgart, the Deutsche Kammerphilharmonie Bremen, the Stuttgarter Kammerorchester and the Streicherakademie Bozen. Great stylistic versatility is Frieder Bernius’s hallmark. Whether he conducts vocal works by Monteverdi, Bach, Händel, Mozart, Beethoven, Fauré and Ligeti, stage music by Mendelssohn or symphonies by Haydn, Burgmüller and Schubert, his work always aims for a sound that is at once unmistakably personal and at the same time oriented towards the original period sound ideal. He devotes himself equally to the rediscovery of 18th century operas and to first performances of contemporary compositions. He is particularly interested in the musical history of southwestern Germany. Carus-Verlag has awarded Frieder Bernius a Golden CD for his complete recording of the sacred music of Felix Mendelssohn Bartholdy. The award was presented to him during the German Choir Festival in Stuttgart 2016. The sale of over 250,000 recordings, which has been acclaimed with a number of awards, has made a not insignificant contribution to what today is the obvious presence of Mendelssohn's complete œuvre in the concert repertoire.
Barockorchester Stuttgart
The Barockorchester Stuttgart, which was founded by Bernius in 1985, specializes in 18th century music. The musicians are among the leading representatives of historical performance practice and perform exclusively on original instruments. The ensemble dedicates itself to a large extent to the revival of 18th century operas. It has performed at numerous international festivals, among others in Rome, Dresden and Göttingen.
Kammerchor Stuttgart
The Kammerchor Stuttgart is regarded as one of the best ensembles of its kind. Over its fifty-year existence, Frieder Bernius has developed the choir into an exceptional ensemble acclaimed by audiences and press alike. This has led to invitations for the choir to perform at all the important European festivals. In Germany the chamber choir performs at festivals and in concert halls in repertoire ranging from the 17th to the 21st century. Frieder Bernius and his ensemble have received numerous accolades for their contribution to new music. The Kammerchor Stuttgart has made over 80 CDs and LPs, numerous of which have been awarded international recording prizes (including the Edison award, Diapason d’or, Gramophone Choice, Classical Internet Award, International Classical Music Award, and German Record Critics’ Award prizes). The International Federation for Choral Music has invited the ensemble to sing at the 1st, 4th and 10th World Symposia on Choral Music in Vienna, Sydney and Seoul. Regular tours of North America and Asia since 1988 and a South America tour reflect the Kammerchor Stuttgart’s international reputation. Since 1984 the top ensemble has also been invited to Israel biennially.