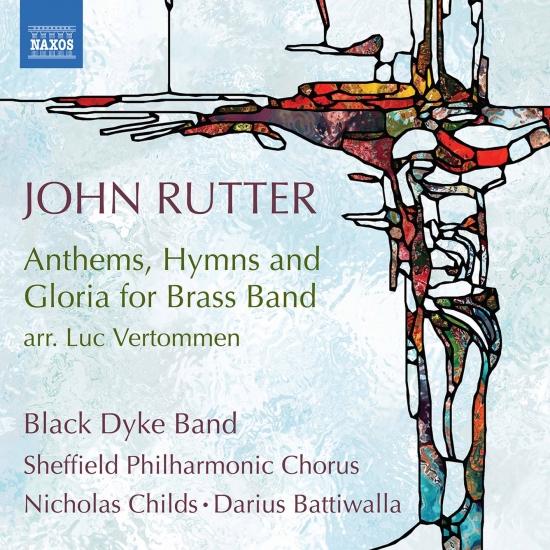 A unique release of John Rutter favourites, arranged for brass band by Luc Vertommen, and performed by the unequivocal Black Dyke Band. John Rutter, Britains most successful contemporary choral composer, has written most of his sacred music to commission, and for use in church services. Composed for his first American tour, Gloria was also his first great international success, combining an ethereal quality with moments of exhilaration. Many popular works are also represented, including Pie Jesu from the Requiem, This is the Day, composed for the wedding of HRH Prince William and Kate Middleton in 2011, and All Things Bright and Beautiful.
Black Dyke Band
Sheffield Philharmonic Chorus
Nicholas Childs, conductor (tracks 13-15)
Darius Battiwalla, conductor (tracks 1-12) 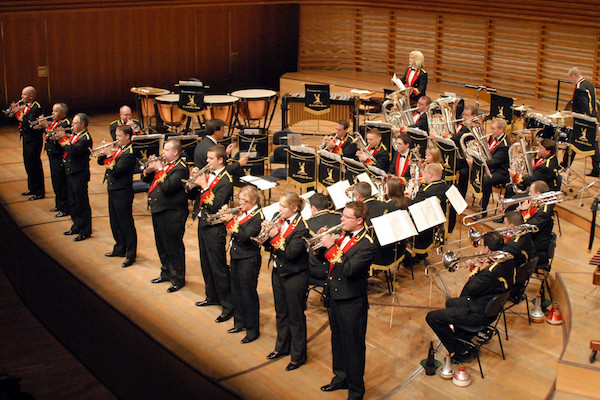 Black Dyke Band
In 1816 Peter Wharton founded a brass and reed band in the Yorkshire village of Queenshead – later to become Queensbury. John Foster, apart from being the founder of Black Dyke Mills, played French Horn in this band. It has been said on many occasions that Black Dyke was formed from it; however this is not strictly true, as “Peter Whartons band went out of existence through loss of members”. In 1833 a new band was formed named ‘Queenshead Band’, which may well have contained players from the former band. It is reported that this Band reached its Zenith from 1838 to 1843, at which time it consisted of 18 musicians”.
On the 15th. September 2005 the band were proud to celebrate their 150th anniversary, two of the many highlights were the publication of “150 Golden Years”, a book by Dr. Roy Newsome, in word and photograph, describing the history and the progress of Black Dyke Band from 1855 to 2005. Also a unique ‘triple CD’ covering the recorded musical history of the band from the early days of 1903 to the present day.
Black Dyke Band is the most recorded band in the world with over 350 recordings and growing every year. It is also the most successful contesting band in the world having won the European Championships thirteen times, most recently in 2015, the British Open no fewer than 30 times (most recently 2014) and the National Championships of Great Britain 23 times (most recently 2014). In 2009, and again in 2011, 2012 and 2013, the band became Champion Band at the English National Championships and were named English National Champions in 2014 by virtue of having won the National Brass Band Championships in October 2014.
In August 2007 the Band were invited to take part in the BBC Promenade Concerts, at the Royal Albert Hall, London
In 2006 as part of its initiative to sponsor the work of young people, Black Dyke Band, under the guidance of Dr. Nicholas Childs assisted by qualified members, formed the Yorkshire Youth Brass Band . The purpose is to inspire and motivate young people aged 11 to 21 years to achieve their full potential as musicians, composers and citizens.
Nicholas Childs
has achieved the highest international reputation as a performer, teacher, conductor, interpreter and advocate of new music, and producer of pace-setting recordings. He has been marked with continued contest success, including the British Open, National and European Brass Band Championships. Further acclaim has come for his many innovative concerts and world premieres.
His recordings with Black Dyke Band have been heralded as the very best in the brass band world, winning multiple CD of the Year awards. Childs gives particular emphasis to the development of the brass band movement through his commitment to training outstanding young musicians both at the collegiate level as well as within the Yorkshire Youth Brass Band, and the National Children’s Brass Band of Great Britain, of which he is founder and music director. He currently serves as professor of music at the Royal Northern College of Music.
Darius Battiwalla
has been music director of the Sheffield Philharmonic Chorus since 1997. He has conducted the choir in performances with the Hallé Orchestra, the Royal Liverpool Philharmonic Orchestra and the Northern Sinfonia, and directed from the harpsichord with the Manchester Camerata. Since he took over as music director, the choir has performed from memory for the first time, and has appeared at the BBC Proms and on recordings for Chandos with the BBC Philharmonic. In 2006 Battiwalla returned to work with the Melbourne Chorale. Before taking up his post at Sheffield he was chorusmaster of Leeds Philharmonic Chorus.
He has worked regularly as guest chorusmaster or conductor with many other choirs including the CBSO Chorus, Huddersfield Choral Society and Netherlands Radio Choir. Recent highlights include working with the Lucerne Festival Academy in preparation for a performance of Berio’s Coro conducted by Simon Rattle, and serving as guest chorusmaster for the Northern Sinfonia for Paul McCreesh.