The Rest Of Us Shy Carter 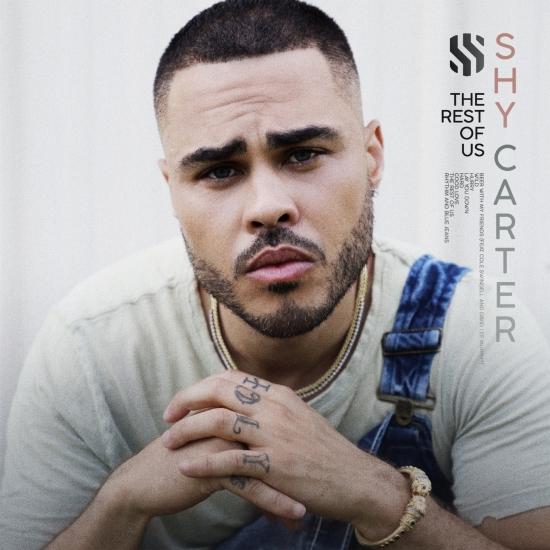 Info for The Rest Of Us

The eight song project showcases his soul-infused country, and includes the rowdy anthem, “Beer With My Friends” featuring Cole Swindell and David Lee Murphy. The track was penned by Carter, Murphy, and Bryan Simpson, and is currently impacting country radio. The project also includes his 2020 breakout single “Good Love.”
“I am so excited to announce this project,” Carter shares. “The Rest Of Us has songs you can play in the club, at a barbecue, on a boat. Sexy songs, inspirational songs and songs that may make you cry–in a good way! It’s a lot of fun, but it’s also got a lot of heart.
“The title track in particular is really important to me,” Carter continues. “It’s about how some people seem to have their lives in order and everything seems to be going well for them, and then there’s the rest of us. There’s the people who struggle, who have pain, who have messed up and have made it this far only by the awesome grace of God. I am one of the rest of us, and I’m so grateful for everything I’ve been through–because now it can all be used to make this amazing music.”
With credits that span Kane Brown’s “Heaven” to Charlie Puth’s “One Call Away,” Carter is one of Nashville’s up-and-coming talents. His writing credits include Billy Currington’s “It Don’t Hurt Like it Used To,” Sugarland’s smash “Stuck Like Glue” and Rob Thomas’ single “Someday.” Carter has also worked with Jason Derulo, Meghan Trainor, Jamie Foxx, Jennifer Lopez, Nelly and more.
He is currently sharing a sneak peek of The Rest Of Us at shows across the west coast on Tyler Rich’s “Two Thousand Miles Tour,” which included a recent stop in Los Angeles at the world-famous Troubadour.
Shy Carter 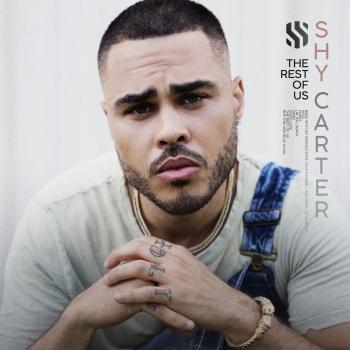 The Rest Of Us 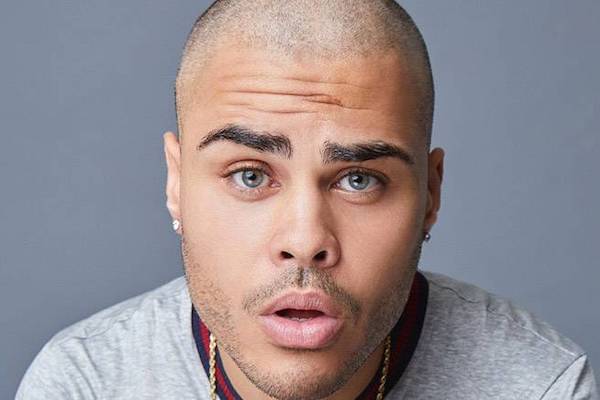 Shy Carter
Songwriter, artist and producer Shy Carter has reached all corners of the industry with his early success. With credits that span Kane Brown’s “Heaven” to Charlie Puth’s “One Call Away,” Carter is one of the most formidable up-and-coming talents in Nashville and beyond. He is among the writers behind Billy Currington's “It Don't Hurt Like it Used To,” Sugarland’s smash hit “Stuck Like Glue” and Rob Thomas’ single “Someday.” In addition to his feature on Tim McGraw’s “Way Down,” Carter has collaborated with Keith Urban on both “Never Comin’ Down” and “My Wave.” Named to Variety’s 2018 Hitmakers list, he has also worked with Jason Derulo, Meghan Trainor, Jamie Foxx, Jennifer Lopez, Nelly and more. His roots in gospel, jazz, R&B and soul developed into an early career in hip-hop, but his gift for storytelling and love of organic instrumentation led to a natural transition into country music. Now, with a transcendent style perfectly suited to the times, he’s ready to stand on his own as a country artist. With its earthy groove, laid-back beat and unflagging spirit, Carter’s debut radio single “Good Love” is a fitting introduction to the man behind the music. Described as “a breezy, inspirational anthem with skittering high-hats and crisp piano… [that] underscores Carter’s grand ambitions” (Rolling Stone), “Good Love” and his second Warner Music Nashville release “All Night” are available now. The born entertainer closed out the year visiting radio stations and media partners across the nation on his first-of-its-kind, socially distanced radio tour and has been named a 2021 Artist to Watch by Amazon Music, MusicRow magazine, Pandora, Sounds Like Nashville and more.