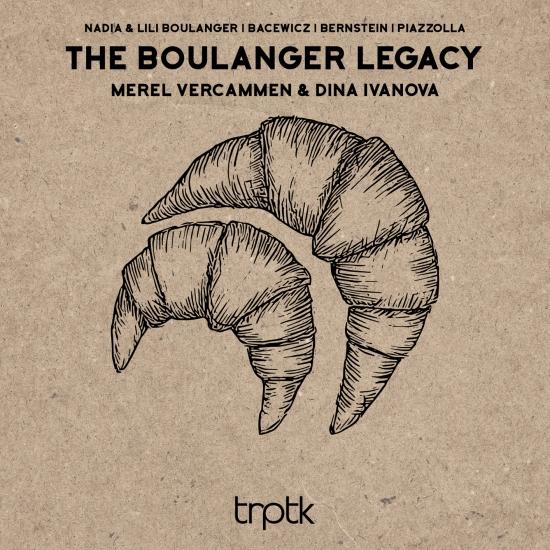 Info for The Boulanger Legacy

TRPTK presents the new recording "The Boulanger Legacy", a tribute to the Boulanger sisters.
Violinist Merel Vercammen graduated cum laude from the Royal College of Music in London. She won many prestigious awards and has since performed in many important concert halls worldwide. In March 2019 she released her debut album ‘Symbiosis’ (Gutman Records) with pianist Dina Ivanova, prize winner of the Listzt Competition.
Boulangerie: That Vercammen is constantly looking for new challenges is something she proves with her new TRPTK production ‘The Boulanger Legacy’, a thematically composed album in which the music of Nadia Boulanger (1887-1979) and her students are the common thread.
“Her influence on the music of the twentieth century has been gigantic,” Vercammen says. The school, of which she would become director in Fontainebleau, attracted many American music students. Various names such as Aaron Copland, Jean Françaix, Philip Glass, Daniel Barenboim, Elliott Carter and Quincy Jones took lessons from her.
Referring to her surname, there was talk of the “boulangerie,” as if she delivered composers like loaves of bread. The album includes works by her sister Lili Boulanger, Gra?yna Bacewicz, Leonard Bernstein and Astor Piazzolla.
Bacewicz and Bernstein: By the Lily Boulanger (1893-1918), who died young, the three pieces she wrote for violin and piano are included, with the expressive “D’un matin de printemps” (1917) particularly notable. The Polish Gra?yna Bacewicz (1909-1969) enjoys great fame in her native country and is represented on the album with her beautiful ‘Sonata no. 3 for violin & piano’ (1948). An early, modernist, work by Leonard Bernstein (1918-1990) is included: the ‘Sonata for violin and piano’ (1979): a series of variations in which he plays with form.
A trip to Argentina: Additional color to this album is ‘Le Grand Tango’ (1982) by Argentine Astor Piazzolla (1921-1992), born 100 years ago, a piece he originally dedicated to the great cellist Mstislav Rostropovich. Composer Sofia Gubaidulina made an arrangement of it for violin and piano. Vercammen and pianist Ivanova seem to step outside themselves for a moment in their special performance: like no other, the duo lets the energy of the tango speak for itself! “We really had to make the rhythm our own”, Vercammen remarks.
Now with violin: The carefully constructed album ends with the first movement, ‘Modéré’, from ‘Trois pièces’ by Nadia Boulanger. Melancholy music that was originally written for piano and cello, but has been given a violin part by Vercammen.
Merel Vercammen, violine
Dina Ivanova, piano 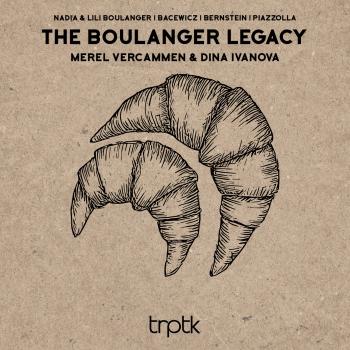 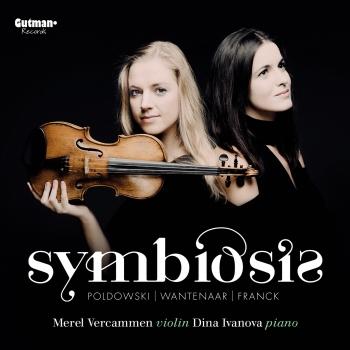 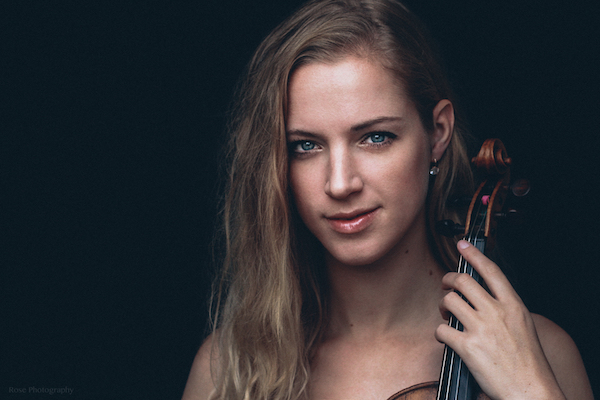 Merel Vercammen
started playing violin at the age of 5. When she was 15 years old she was admitted to the Utrecht Conservatory, where she studied with prof. Eeva Koskinen. In 2012 she finished her Bachelor of Music at the Royal College of Music with prof. Jan Repko, and in 2014 she graduated with highest distinction at the same institution in the Master of Performance programme. Merel received scholarships and awards from the Royal College of Music, the Anton Kersjesfonds, the Prins Bernhard Cultuurfonds and the Huygens Scholarship Programme. In addition to her performing degree Merel also completed a Master of Science in Music, Mind and Brain at Goldsmiths University of London. Merel is currently a student of Ilya Grubert at the Scuola di Perfezionamento di Fondazione Musicale Santa Cecilia in Italy.
Merel won prizes at the London Grand Prize Virtuoso Competition, at the Princess Christina Competition and at the National Competition of the Foundation for Young Music Talent of the Netherlands, where she was awarded both first prize and a prize for the best performance of a freely chosen piece by a Dutch composer. She gave several concerts throughout Europe and the UK, in South America and Africa. Merel appeared as a soloist with the orchestra of the Utrecht Conservatory, the Nijmeegs Studentenorkest, the Symfonieorkest BBS, and the Zeister Philharmonic Orchestra. She performed in all the major concert halls in the Netherlands.
Besides that she participated in festivals such as the Peter the Great Festival in Groningen (NL), the International Master Class Apeldoorn (NL), the International Holland Music Sessions, the Young Talent Course Feistritz and the Ost-West Musikfest in Austria, International Music Campus Porziano Musica and Suonarte Masterclasses in Italy, Festival MusicAlp Courchevel in France and the Kuhmo Music Festival in Finland. She recieved master classes from Valery Oistrach, Liviu Prunaru, Yayoi Toda, Josef Rissin, Lewis Kaplan, Daniel Hope, Alina Ibragimova, Zakhar Bron and Ilya Grubert. In 2009 she was invited by the Dutch Embassy in Tunisia to play at the festival ‘Jeunes Virtuoses’ in Tunis, and in 2012 she gave concerts in Rio de Janeiro on invitation from the Dutch Embassy in Brazil. In May 2012 she gave a performance for the Royal Family of Romania in the Royal Palace in Bucharest, Romania. Merel performed in many concert halls across Europe, her 2013 debut at the Wigmore Hall in London being one of the highlights. In 2016 Merel made her debut at the Royal Albert Hall.
Merel is a founding member of the ensemble trio42. This group has a combination of violin, harp and saxophone, which is unique in chamber music. They gave performances at festivals including the Zeist Music Days, the International Chamber Music Festival of Janine Jansen, Grachtenfestival, NJO Summer of Music andFestival Classique and their Debut CD included works by C. Franck and D. Shostakovich.
Besides that Merel started The New Mozart Effect, a lecture recital about music and the brain, supported by the Amsterdam Art Fund. Recently, Merel started a duo with pianist Danielle Bourne.
Merel plays on a beautiful violin made by Italian luthier A. Postacchini in 1820, kindly given on loan by the Dutch Musical Instruments Foundation.