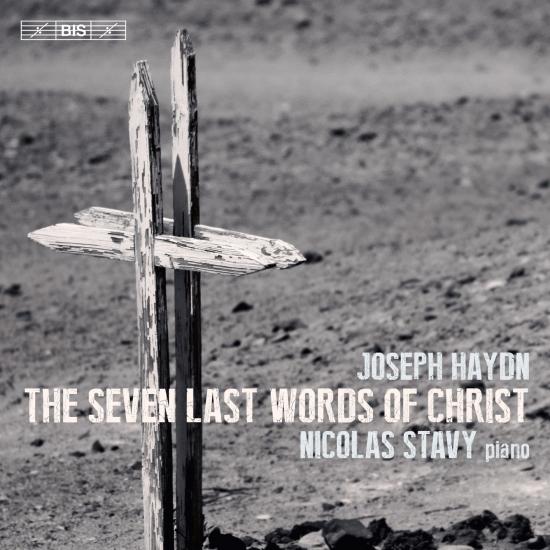 Info for Haydn: The 7 Last Words of Christ, Hob.XX/1C

The Seven Last Words of Christ refers to the seven short phrases uttered by Jesus on the cross, as gathered from the New Testament. Over the centuries the crucifixion has served as inspiration to countless composers, and settings of these utterances have become something of a subgenre, beginning in the Renaissance with early motets and continuing into our own time. By way of César Franck and Sofia Gubaidulina, composers ranging from Heinrich Schütz to Tristan Murail have contributed versions using various combinations of voice and/or instruments. The work is here heard in the version for keyboard, performed by the French pianist Nicolas Stavy. He closes the disc with another unusual work in Haydns oeuvre, the Andante con variazioni, Hob. XVII/6, which has been described as the deepest and most profound set of variations for piano composed between Bach and Beethoven.
Nicolas Stavy, piano 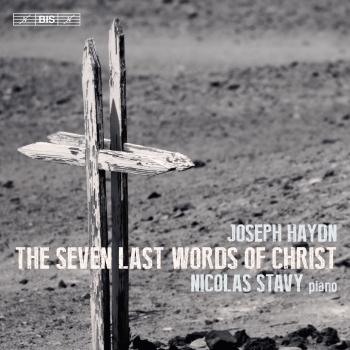 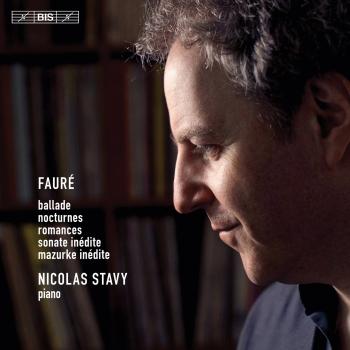 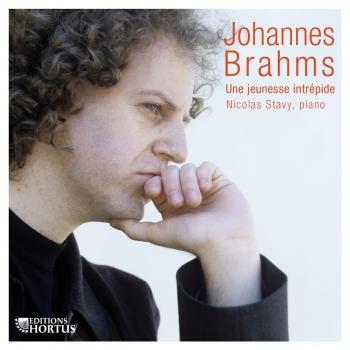 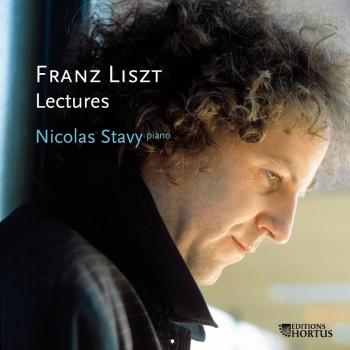 Nicolas Stavy
He is a magnificient interpreter of the romantic repertoire: His Chopin CD issued by Paraty was very warmly received by the press: « Nicolas Stavy has a genuinely vocal talent , which is the key to open the door to Chopin’s emotional art (Le Monde de la Musique). He is also known for his classical repertoire and his recording of the rarely played keyboard version of Haydn’s the Seven Last Words of Christ on the Cross for the Mandala label « … Nicolas Stavy shows a deep understanding of the composer’s universe , on a level comparable to Luisada or Brendel. » (Diapason).
Constantly eager to discover new fields, this musician performs chamber music with such renowned artists as Cédric Tiberghien, Marc Coppey, Tedi Papavrami, Françoise Masset, Nemanja Radulovic, Atrium Quartet, Ébène quartet, Psophos quartet … Besides, he very successfully played, alternating with Mikhail Rudy , in Le pianiste by Wladyslaw Szpilman, starring the actor Robin Renucci . He also frequently gets involved in various projects with actors such as Didier Sandre, Brigitte Fossey, François Castang.
In France as well as abroad , his audiences are enthusiastic about his sensitive tone which « makes the piano sing splendidly » (La Lettre du Musicien). Nicolas Stavy has performed in many prestigious venues : Festival de la Roque d’Anthéron, Chopin Festivals in Nohant and in Bagatelle, Festival de l’Orangerie de Sceaux, Lille Piano(s) Festival , Berlioz Festival, Orsay Museum , Salle Cortot, Théâtre des Bouffes du Nord in Paris, Opéra de Vichy, EuroArt Praha Festival, Grenada « Fex » Festival, Klavier Ruhr Festival, Casals Hall in Tokyo, Athenaeum in Bucharest, Victoria Hall in Geneva, Hong-Kong Academy for Performing Arts, 92nd Street Y of New York...
And as a soloist , with the Orchestre de la Suisse Romande, the Utah Symphonic Orchestra in Salt Lake City, the Orchestre Sinfonietta de Lausanne, the Bucharest Philharmonic , the Belgorod Philharmonic …
He studied with Gérard Frémy and Christian Ivaldi in the Conservatoire National Supérieur de Musique de Paris, and obtained first prize for piano and chamber music . He then received advanced training from Dominique Merlet at the Geneva Conservatoire where he won a first prize with distinction. He also attended master classes with the great master György Sebok and received valuable advice from Alfred Brendel. He has won several international competitions : Special Prize at the 2000 Chopin competition in Warsaw, Second Prize at the 2001 Geneva International competition, Fourth prize at the 2002 Gina Bachauer competition in the USA , Second prize at the 2003 Young Concert Artists in New York …
Since 2002, he has been sponsored by Cultures France, thanks to whom he was able to record his first CD in the series « Déclic ». He is regularly invited on radio and television programmes in France and abroad: on Arte, Mezzo, Planète, France Musique, Radio Classique, Radio Suisse Romande, etc.
In 2009 he recorded a CD dedicated to the French composer Hélène de Montgeroult , and a Brahms cd in 2010, for the Hortus label.

Booklet for Haydn: The 7 Last Words of Christ, Hob.XX/1C