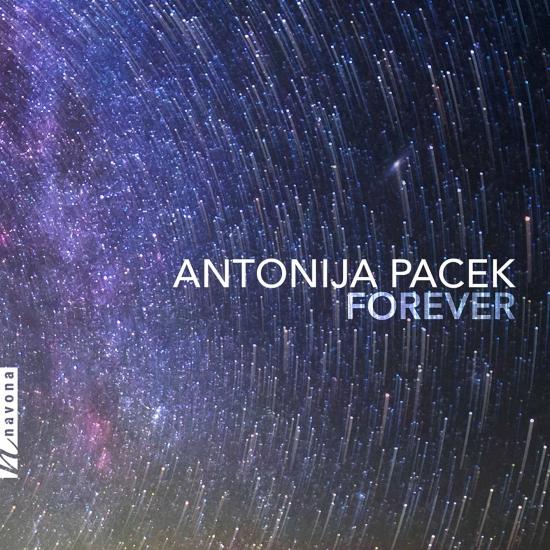 Composer and pianist Antonija Pacek impresses with FOREVER, an album of soulful, aesthetic piano music – in a minimalist style somewhere between classical and popular music. Pacek, who holds a degree in psychology, is no stranger to the conditio humana, and while the temperament of her pieces is distinctly melancholy, their gentle expressiveness spans the whole gamut of human emotions.
Remarkably, the spirit of a true author not only shines through in these compositions, but also in the way FOREVER was produced: Pacek not only invented, but also performed, recorded, and mixed the pieces. In a century where all these steps are customarily split up between several people, this practice might raise eyebrows, but here, Pacek has done everything exceptionally well.
The album's eponymous title track, Forever, is by far the brightest and most optimistic piece in the entire selection. Pacek, who exhibits an extraordinarily soft, singing touch on the piano, plays this creation of hers with a spring in her step. Almost Goodbye brings with it a sense of hopeful finality. Some tracks, like Before the Rain, are dark and somber. Deep Red is a jazzy, velvety concoction of mystery and comfort. Yet other pieces titles' defy expectations: such as the brooding Wanna Dance.
All of Pacek's works are tied together by a strong, recurrent theme: a perpetuating, unwavering tenderness. It wouldn't be far-fetched to imagine this kind of music in a well-made, profound film, romantic or otherwise. The pieces are neither quite classical nor popular, but something in between: the levity of popular piano music mixed with hints of classical profundity. One is tempted to liken Pacek's music to Ludovico Einaudi's – except that Pacek's is, no doubt, more interesting.
FOREVER is a fantastic fourth album for Pacek: uncompromisingly sentimental, yet minimalist enough not to stray into the dreaded territory of unbridled kitsch. Romantically-inclined listeners will certainly enjoy Pacek's music; and all others will likely be easily convinced.
Antonija Pacek, piano 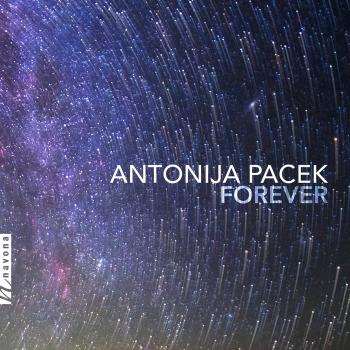 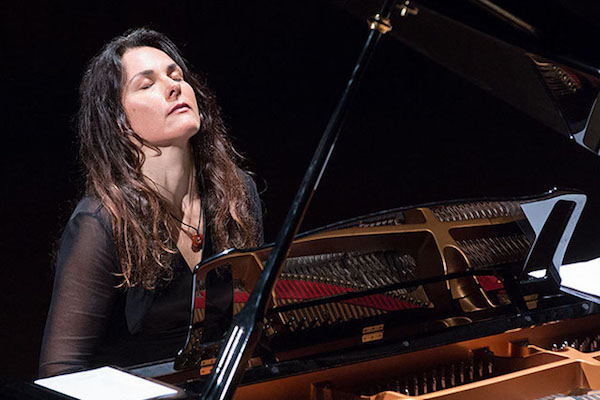 Antonija Pacek
is a composer and pianist who lives in Vienna, Austria. She started with piano lessons at the age of six in her native Croatia. Antonija’s critically acclaimed, debut neoclassical piano album, Soul Colours, was published in 2014 by Autentico Music in Germany and was signed by Warner Chappell, the music publishing arm of Warner Music. German critics referred to music from Soul Colours to be “beautiful like a radiant jewel”, “a female response to Ludovico Einaudi”, and “resembling Erik Satie’s as well as Keith Jarrett’s The Cologne Concert”. Her second album, Life Stories, was digitally released worldwide via spinnup (Universal Music Group) in 2017. Antonija is popular in Italy and has toured the country twice in 2018 and 2019, to great critical acclaim. After her 2018 Italian tour, L’Arena in Verona reviewed her concert, “Pacek, Revival of the Great Classics”, and Free magazine in Milan wrote a concert review with the title: “Symphony of Emotions.” Antonija launched her third album, Il Mare in 2018 also via spinnup. Italian DonnaD magazine reviewed it and wrote: [the album] “is a neoclassical masterpiece.” Il Giornale Milano wrote an article “The three styles of the keyboard, Einaudi, Allevi and Pacek – the plan is to tell emotion.” After Antonija’s concert at the Auditorium in Rome in Feb. 2019, Scena Critica reviewed her concert and wrote: it was “a concert that goes directly to the soul” and it “creates an evocative poetic love.” After her concert in Teatro dal Verme in Milan, she received a beautiful review in May 2019 from the Vatican newspaper, which wrote: “her music is close to meditation of angels.” Antonija’s music is being played at a number of radio stations around the world, including the famous Classic FM radio in London and Klassik Radio in Vienna. In May 2020, she signed a contract with an American classical music label, Navona Records, which published Antonija’s fourth album, FOREVER in October 2020. Antonija’s music is as genuine as any music can be, and it connects to the listener’s deepest emotions. Some call it great film music, some call it neoclassical, but some believe that you just need lyrics to sing to it. It does not matter what you label it – the most important thing is that it came directly from the depths of Antonija’s heart and soul. She is a romanticist with a soft spot for minimalism. Antonija Pacek studied psychology in Vienna and at the University of Cambridge, UK, and now lives with her husband and three daughters near Vienna. She is a professor of psychology at several universities in Vienna and owns a firm that focuses on boosting individual creativity and corporate innovation.