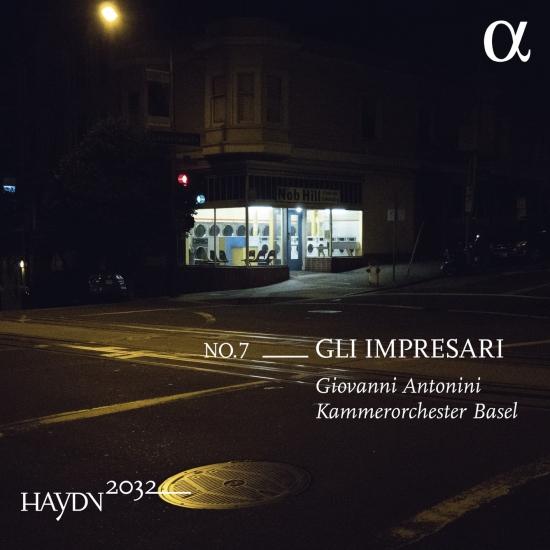 Under the title Gli impresari, The Impresarios – i.e. the directors of the theatre troupes that Nikolaus I, Prince Esterházy engaged to perform in his opera houses – this CD gathers together some of the orchestral works by Joseph Haydn linked by their origin and their reception; they were originally conceived as theatre music, before their metamorphosis into symphonies (…)The period from 1772 onwards, when Karl Wahr was responsible for for the summer theatre programme at Esterháza, saw the peak of the multidisciplinary collaboration taking place between the court music directed by Haydn and companies engaged from outside. (…) At the end of 1775 and the beginning of 1776, while Joseph Haydn was occupied in transforming his music for Collé’s comedy into a symphony for concert performance, Karl Wahr was enjoying enormous success with his theatrical entertainments in the ballroom at the theatre in Salzburg. It was there, on 3 January 1776, that Thamos, King of Egypt was staged, a heroic drama whose choruses, musicologists now believe, were composed by none other than Wolfgang Amadeus Mozart; for this Salzburg performance he also composed four instrumental entractes (recorded for this disc) as well as a melodrama and a Don Giovanni-esque descent into hell. Christian Moritz-Bauer (extr.)
Kammerorchester Basel
Giovanni Antonini, direction