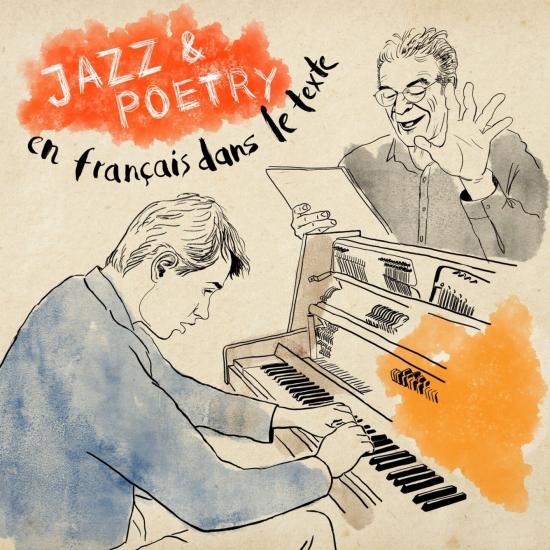 Between a pianist-composer, attentive to language, and a writer-actor passionate about jazz, sometimes all it takes is an instant for the bridges to spring up, for the grammar to fall into place, for the web of complicity to be woven. This is precisely what happened to Armel Dupas and Jean-Louis Cousseau. With, as raw material, standards or original compositions on the one hand, and poems in prose or verse on the other, you’ll find them in frenzied dialogue, in no pre-set order, and no guiding principle other than this: to listen closely to one another. Under the sign of swing and improvisation, they invent and reinvent new constructs of sound where musical phrases and melodies of words are mutually summoned, supported, spelled out, for the great pleasure of sharing a stretch of road with spectators unafraid of unmarked paths.
Armel Dupas, piano
Jean-Louis Cousseau, comedian 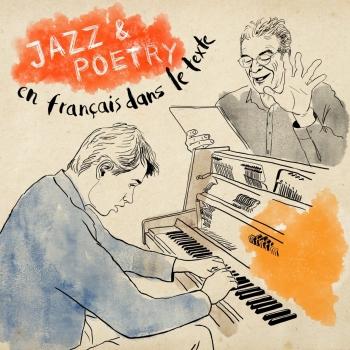 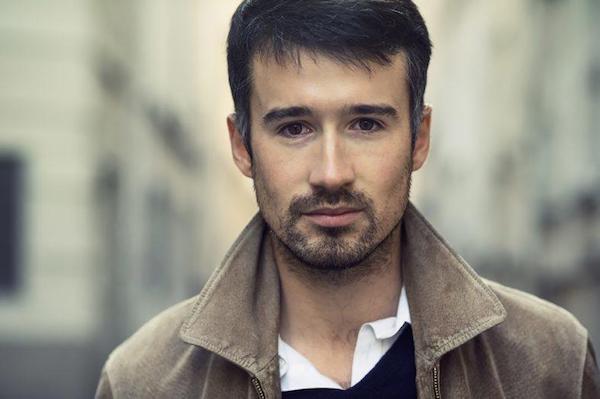 Armel Dupas
Music and art are part of his daily life and his family environment. Carried by the very rich musical milieu of Nantes, he decided quite naturally to transform his passion into his occupation.
At age 21, he enters the Jazz class at the Conservatoire National Supérieur de Musique de Paris, and meets numerous musicians of his own generation through diverse projects that will nourish his future creations. Besides, Armel begins to perform in Parisian Jazz Clubs as a pianist as well as a composer and an arranger of the groups he belongs to. Thanks to this, he will be noticed by his peers.
In 2011, the singer Sandra Nkaké offered him to join her new formation for the tour of the album Nothing for Granted. They will end up making 120 concerts around the world and obtaining in 2012 a price at Les Victoires de la Musique (the French equivalent of the Grammy Awards) in the jazz category (Les Victoires du Jazz).
In parallel, in 2013, Armel creates with the drummer Corentin Rio the electro-jazz-groove duet WaterBabies. The formation becomes laureate of the Rézzo Focal Jazz springboard in Vienna. Moreover, its first album Inner Island (released on the record label Naïve) is praised by the critics (JazzMagazine Revelation, JazzNews Discovery).
In May 2014, Armel joins the prestigious Sky Dancers Quintet of the bass player Henri Texier who says about him: “I’ve discovered a very musically involved musician who has all the qualities of what I call the “Figurative Jazz”. That is to say a sense of rhythm, of melody and of the harmonic colors, but also a lot of elegance in the touch of the instrument and a way of putting things into space that I especially like.”
These various requests open for him the doors of French auditoriums and festivals such as the New Morning, La Cigale, L’Olympia, Jazz à Vienne or Jazz in Marciac, but also abroad : The Lincoln Center (New York), The Standard (Copenhagen), The Montreux Jazz Festival, The Montreal Jazz Festival …
Recently invited to perform in Taïwan, he experiences a real appeal for musical travels which makes his inspiration thrive.
His talent for improvisation and composition also allows him to work for movie directors such as Arnaud Desplechin (A Christmas Tale, Jimmy P.), Michel Gondry (Mood Indigo) or Olivier Jahan (T’embrasser une Dernière Fois). He also co-wrote the soundtrack of the movie Inside Paris for the filmmaker Christophe Honoré. From this soundtrack, he created a movie conference in November 2014.
His solo project named Upriver is the subject of an album released on August 25th 2015, in an electroacoustic style that falls entirely within the scope of the current jazz sound.