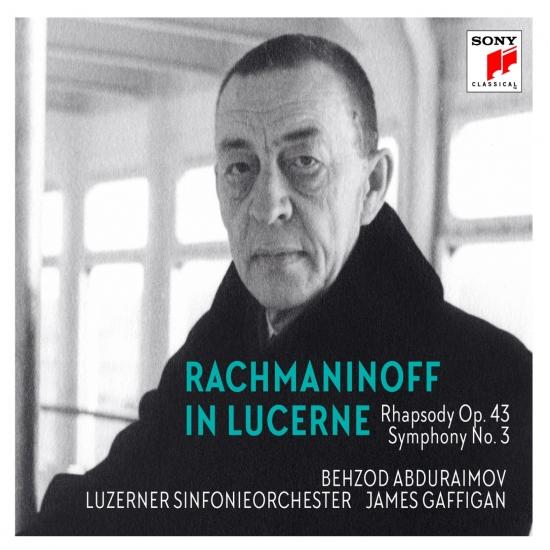 Info for Rachmaninoff in Lucerne - Rhapsody on a Theme of Paganini, Symphony No. 3

“Last night I arrived at Lucerne, and put up at the Schweizerhof, the best hotel… When I went up to my room and opened the window facing the lake, I was at first literally blinded and shaken by the beauty of that water, those mountains, and the sky. I felt an inward restlessness and a need to find an expression for the emotion that filled my soul to overflowing. At that moment I wished to embrace someone, to hug him closely, to tickle and pinch him – in a word to do something extraordinary to myself and to him.” These are the words of Dmitry Nekhlyudov, a semi-autobiographical character created by Leo Tolstoy for his short story Lucerne (1857). The many Russians who have passed through Switzerland over the past two centuries would share his sentiments. The sublimity of the Swiss landscape overwhelmed them, inspiring them to enact extraordinary things, in art or in life. It also unsettled them, turning their thoughts back to the flatness of their homeland.
The contrast between the vast expanse of the Russian plain and the jagged beauty of the Alps was only part of the idyll. These Russians were also leaving behind the bustle of St Petersburg or Moscow for solitude and peace in Switzerland. The sense of being known and restricted at home dissolved into anonymity and freedom abroad, a great boon to many a Russian revolutionary. Swiss orderliness and financial acumen, and the Swiss concern for domestic comforts, both attracted and repelled the Russians. Fyodor Dostoyevsky, who came to Geneva to escape his Russian creditors, gambled away still more money at the casino in Saxon les-Bains. Tolstoy had walked across Alpine pastures with a volume of Rousseau under his arm, delighting in the harmony of humans and nature, but Dostoyevsky came to reject Rousseau and his idea of earthly paradise: “Man is not born for happiness… He has to win it through suffering…” That paradise was around him, in Geneva and even more in Vevey, and yet he longed for spiritual transcendence in the Russia of his dreams.
“We live as before – that is, not very calmly. Evidently, calm has departed from those who live in Europe, even though war does not come. As you know, I’ve tied myself to a festival in Lucerne. My concert is on August 11. To be the first to run away seems improper in every way. But after the 11th I shall consider myself justified in displaying weakness...” (Sergei Rachmaninoff to Yevgeni Somov, Senar, 5 July 1939)
Behzod Abduraimov, piano
Luzerner Sinfonieorchester
James Gaffigan, conductor 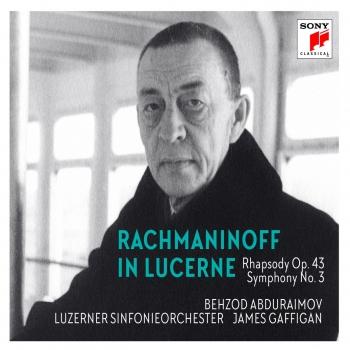 Rachmaninoff in Lucerne - Rhapsody on a Theme of Paganini, Symphony No. 3 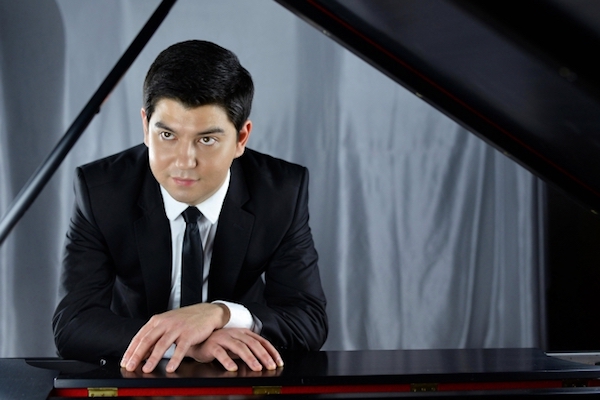 Behzod Abduraimov
captivating performances have won him high critical praise, most recently from the Washington Post (“I’m not sure I could give higher praise – keep your ear on this one”) and the Boston Globe (“impressive poise and immediacy – a talent to watch”).
An exclusive Decca Classics recording artist, Abduraimov has worked with the London Philharmonic, Sydney Symphony, Royal Philharmonic, Tokyo Symphony, Atlanta Symphony, Indianapolis Symphony and Accademia Nazionale di Santa Cecilia orchestras to name but a few.
He has collaborated with conductors such as Vladimir Ashkenazy, Valery Gergiev, Krzysztof Urbański, Vasily Petrenko, Charles Dutoit, Vladimir Jurowski and Pinchas Zuckerman.
Highlights of the 2013/14 season include his debut with the Boston Symphony (including a tour of China), an Artist in Residence project with the Netherlands Philharmonic Orchestra, and performances with the Mariinsky Orchestra, English Chamber Orchestra and NHK Symphony.
During 2014/15 season Abduraimov will make his debut with the Czech Philharmonic under Jiri Belohlavek including the opening of their season and a tour of Italy. He will return to the London Philharmonic Orchestra for a performance at the London’s Royal Festival Hall under David Zinman. to be followed by a tour of China with Vassily Sinaisky. He will take part in the Mariinsky Orchestra’s Prokofiev piano concerto cycle at the Vienna Konzerthaus and Konzerthaus Dortmund under Valery Gergiev, debut with the Helsinki Philharmonic (Osmo Vanska) and will feature in recital and in concert with the Orchestre National du Capitole de Toulouse under Tugan Sokhiev as part of the Festival Piano aux Jacobins. Other recitals include returns to the Wigmore Hall and the Louvre in addition to recitals in Italy and Spain.
In North America he will make his debut with the Detroit Symphony Orchestra under Andrey Boreyko and embark on a US tour with the Mariinsky Orchestra under Gergiev, to include Carnegie Hall. He will return to the hall to make his debut recital appearance as part of their “Distinctive Debuts” series later in the season. He will also appear as part of the Aspen Music Festival and return to the Vancouver Recital Series. Further afield, he will make his debut with the Hong Kong Philharmonic Orchestra under Thomas Dausgaard.
Behzod Abduraimov released his debut recital CD on Decca Classics in 2012, which won both the Choc de Classica and the Diapason Découverte. Autumn 2014 sees the release of his first concerto disc featuring Prokofiev Piano Concerto No. 3 and Tchaikovsky Concerto No. 1 with the Orchestra Sinfonica Nazionale della Rai under Juraj Valčuha.
Behzod Abduraimov was born in Tashkent in 1990 and began to play the piano at the age of five. He was a pupil of Tamara Popovich at the Uspensky State Central Lyceum in Tashkent, and studied at the International Center for Music at Park University, Kansas City, with Stanislav Ioudenitch where he is now Artist in Residence as of the 2014/15 season.

Booklet for Rachmaninoff in Lucerne - Rhapsody on a Theme of Paganini, Symphony No. 3