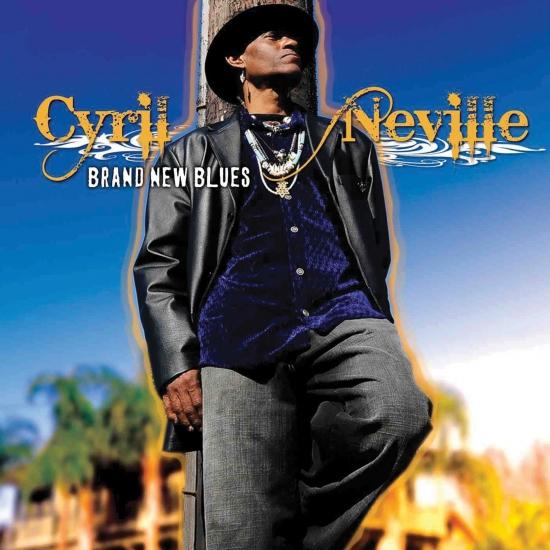 Brand New Blues is Cyril Neville first solo release in eight years. Brand New Blues contains mostly original material written or co-written by Cyril with the perspective of an outspoken Human Rights advocate. The new release is musical gumbo of a lifetime of musical influences & passions; blues, funk and soul. Brian J of Pimps of Joytime took care of the production chores and played most of the instruments.
Everybody has a favorite Neville Brother, and those who like funkified blues generally gravitate toward Cyril, the youngest of the New Orleans musical torchbearers. With Brand New Blues, his first solo disc since 2000, the percussionist-vocalist and founding member of the Meters brings his perspective as a human-rights advocate and wetlands preservationist to the original material and a few well-chosen covers.It's a postmodern blues sound, with plenty of soul and funk, plus world music influences. While this might be seen as an infringement on the blues trademark by purists, it's a refreshingly original approach to the music that should resonate with a non-blues audience, as well. Try the suggestive Cream Them Beans the Benoit guitar raveup on & Mean Boss Blues, the gritty version of the Bobby Blue Bland hit I'll Take Care of You and a version of Bob Marley's Slave Driver that seems redesigned for the post-Katrina years. Jeff Johnson --Chicago Sun-Times
Cyril Neville may be the youngest of the Neville Brothers, the first family of New Orleans rock and R&B, but he has just made his best album. Brand New Blues ably covers a lot of territory, from the Southern soul of I'll Take Care of You to the Sly Stone rumble of the title song to the Slim Harpo cooking show that is Cream Them Beans. There is terrific guitar playing throughout from producer Brian J, who co-wrote most of the originals with Neville, and guest appearances by older brothers Art Neville and nephew Ivan Neville on organ and Tab Benoit on guitar. Although the more standard blues songs have their share of mean women, they're nothing compared to the politicians in Cheatin' and Lyin' or Mean Boss Blues who betray and disappoint honest folks. That is most clear in the finale, a 10-minute rendition of Bob Marley's Slave Driver that moves the scene to post-Katrina New Orleans, and is a striking, yet very funky, indictment of hypocrisy and abandonment. Wayne Robins --Billboard Magazine
The music is just as the title says Blues and as music is constantly evolving, as are we, it is new as different influences and sounds from Neville's travels and the airwaves effect the way he plays the blues. There are influences and traces of Jazz, Reggae, Hip-Hop, and just the total sonic landscape of his travels since Katrina and his stays in places like Austin, TX, and the people he has played with as diverse as Edie Brickell, Jimmy Buffett, Daniel Lanois, and Willie Nelson. His voice has grown richer and more expressive with the passage of time. Listen to the caring and empathy in a song such as I'll Take Care of You, and the rage that can creep into his voice when he talks of people being mistreated or worse. He has grown and this is disc is a reflection of his growth. (Fame)
Art Neville, organ, vocals
Ivan Neville, organ, guitar
Tab Benoit, guitar
Waylon Thibodeaux, washboard
Jumpin' Johnny Sansone, harmonica 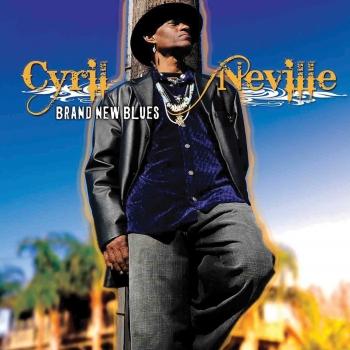 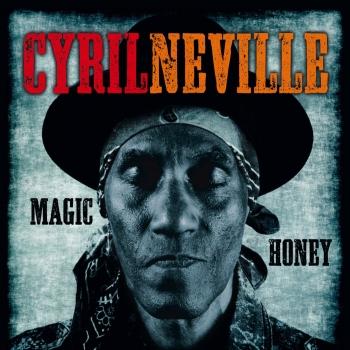 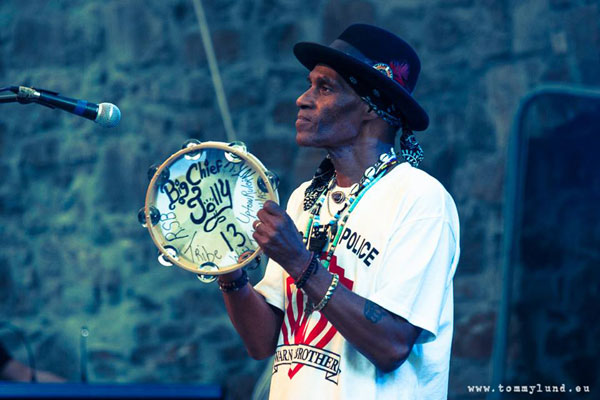 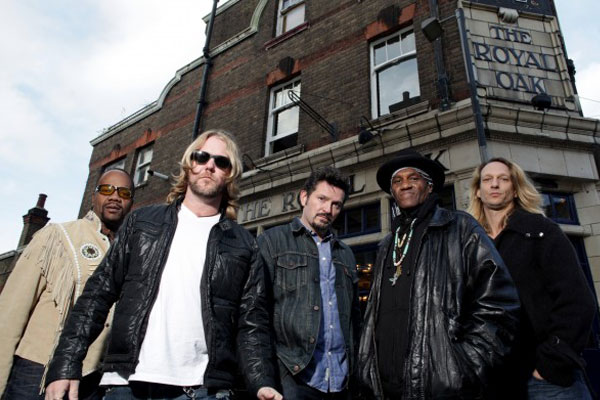 Cyril Neville maybe the last great voice of New Orleans music. One of the four Neville Brothers, Cyril Neville was the youngest, born on January 10, 1948, in New Orleans, LA. Cyril picked up his love of music from his parents and his older brothers at an early age, but it wasn't until 1967 (at the age of 19) that Cyril began singing professionally, as he united with brothers Art and Aaron in the outfit Art Neville and the Neville Sounds, playing the New Orleans club circuit on a regular basis. Cyril and Aaron eventually left the group, forming another outfit, Soul Machine, shortly thereafter. 1970 saw the release of Cyril's debut solo single, "Gossip" b/w "Tell Me What's On Your Mind," which included backing music by brother Art's new outfit, the Meters. Soul Machine relocated to Nashville, then New York, but both moves failed to help put the group over the top. It just so happened at this time that the Meters were looking to expand their lineup, and asked Cyril to join in on vocals and congas, contributing to such albums as 1972's Cabbage Alley and 1975's Fire on the Bayou, In 74, the Rolling Stones offered The Meters a support slot on the bands sold out tour if they would hire Cyril Neville to sing and front the band. His work as a human rights advocate does not stray far from his art. The joys as well as the complications and frustrations of growing up in the oppressed South can be heard through-out his catalog as a solo Artist as well as his work with his brothers – The Neville Brothers.
Just as the Meters splintered in 1976, Cyril became enraptured with reggae music (thanks to Bob Marley's landmark Natty Dread album), as all four Neville siblings formed the Neville Brothers group, issuing numerous subsequent recordings. In addition to his work with the Neville Brothers, Cyril has formed other bands over the years, including the Endangered Species Band in 1983 and the Uptown Allstars Band, while he also found time to launch his own record label, Endangered Species. Cyril also founded the New Orleans Musicians Organized (NOMO), which helps musicians who need business advice with their careers. Cyril Neville has issued several solo albums on his own over the years, including 1995's The Fire This Time, and a pair in 2000, New Orleans Cookin' and Soulo. Plus he has guested on various other artist's recordings over the years, including albums by Edie Brickell, Jimmy Buffett, Dr. John, Bob Dylan, Daniel Lanois, Willie Nelson, Tab Benoit, and Big Chief Monk Boudreaux among others.