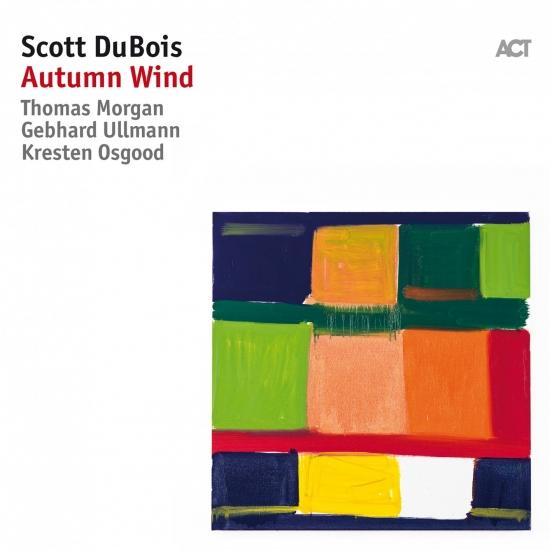 In a period in which the boundaries between musical genres are rapidly dissolving, there still exist major differences between what we still call a “jazz” band and those of other musical classifications.Perhaps the most significant of these is that longevity in a jazz ensemble will nearly always have an entirely positive effect on the music. That’s clearly a huge factor when listening to the high-caliber international quartet put together over a decade ago by the New York-based guitarist-composer Scott DuBois. It features the in-demand NYC double bassist Thomas Morgan (the current duo partner of Bill Frisell no less), the virtuoso German multi-reedsman Gebhard Ullmann and the outstanding Danish drummer Kresten Osgood. Now 39, DuBois, who studied at the Manhattan School of Music and made the semi-finals of the 2005 Thelonious Monk International Jazz Guitar Competition, and Thomas Morgan go back a long way to DuBois' debut album Monsoon (2004) and Tempest (2006) on the Soul Note label, both featuring the master US saxophonist Dave Liebman. Ullmann and Osgood joined the quartet in 2007 and the group released the albums Banshees (2008), Black Hawk Dance (2010) which won a five-star rating in DownBeat, and Landscape Scripture (2012) which was named as one of the “Top 10 Jazz Albums of 2012” by National Public Radio. In 2015 DuBois' quartet released their stunning Munich-based ACT label debut, Winter Light. The distinguished UK-based author Richard Williams of popular blog TheBlueMoment.com remarked that Winter Light, “evokes the example of Claude Monet in his desire to capture the shifting light in changing seasons.” The new release, Autumn Wind, is a close relation; it can similarly be likened to a thematically-linked series of paintings in an art exhibition. DuBois takes the “seasons” concept to a whole new level with a series of pieces in celebration of the restless, unpredictable nature of autumn. At each step of the way, DuBois’ quartet takes us on a mesmerizingly impressionistic musical journey that is an organic yet highly cohesive mix of elements drawn from the likes of modern jazz, contemporary classical music and Americana.
But this time, DuBois has expanded the instrumental palette. In the album’s sleeve notes, DuBois states the main idea: “To use three quartets to create a conversation between the world of contemporary classical composition and that of modern jazz composition and improvisation. Autumn would be my theme. Carrying out my plan, I first composed twelve pieces for my quartet and recorded them in Copenhagen. Each piece begins with a different note, generating a twelve-tone row I used in various parts of the compositions. Later, in New York, building on the fluid performances and improvisations in those recordings, I composed, conducted and recorded pieces for classical string and woodwind quartets to be superimposed on the jazz performances. The first piece is for solo guitar. Each subsequent piece adds one instrument, culminating in a finale (for twelve musicians) in which the twelve-tone row structures the entire composition. Among other compositional techniques I employed were aleatoricism, minimalism and serialized rhythms, pitches and dynamics.”
On the opener, “Mid-September Changing Light,” DuBois plays without accompaniment, creating vast landscapes of sound that ripple with dark undertones and a shimmering beauty. On the tranquil “Late September Dusk Walk” DuBois is joined in duo by Thomas Morgan, one of the most remarkable young double bassists on the current New York scene. The guitarist conjures up a beautifully hazy soundscape of country-folk Americana while the bassist improvises with expressive lyricism.
The first creatures appear on “Early October Insect Songs” as illustrated by the entrance of Gebhard Ullmann’s deeply resonant spine-shivering bass clarinet theme with DuBois’ and Morgan’s stark counterpoint. Osgood’s drums enter on the restless “Mid-October Migration” with Ullmann adding edgily free-jazz tenor sax punctuations along with DuBois’ atmospheric chords and virtuosic guitar improvisations, before the first of the strings enters on “Late October Changing Leaves.”
String sounds continue to emerge in the imaginative, minimalistic ensemble textures on “Early November Bird Formations”, “Autumn Wind” and “Mid-November Moonlit Forest” as the soundscape is reinvigorated with the arrival of more natural lifeforms. Then the first of the winds from the woodwind quartet enters in the calm of the sensuous country-folk music-like ballad “Late November Farm Fields” with Ullmann’s gripping blues-drenched bass clarinet solo. The ensemble continues to expand with an additional wind on the blustery folk-dance-like “Early December Blue Sky And Chimney Smoke.”
Contemporary classical, Lutosławski and Schoenberg-like colors emerge on the final tracks, from the peaceful “In a Silent Way”-ish soundscape on “Mid-December Night Sky,” through the twelve-tone intensity of “Autumn Aurora Borealis.” The latter’s Samuel Barber-esque strings and winds are interrupted by the surge of Osgood’s ferocious drums, DuBois’ shimmering guitar lines and Ullmann’s free jazz electricity. A reprise of “Mid-November Moonlit Forest” for string quartet ensures that, “the journey ends in quiet reflection.”
When Richard Williams wrote that the previous album Winter Light would “sound good in any season,” he could have been speaking, too, about Autumn Wind, an unpredictable yet seamless, sophisticated yet approachable set of music. DuBois’ is contemporary tone poetry of the highest order.
Scott DuBois, guitar, conductor
Gebhard Ullmann, tenor sax & bass clarinet
Thomas Morgan, bass
Kresten Osgood, drums
Eva León, violin I
Conway Kuo, violin II
William Frampton, viola
Sarah Rommel, cello
Erin Lesser, flute
BJ Karpen, oboe
Elisabeth Stimpert, clarinet
Michael Harley, bassoon
Scott DuBois Quartet recorded by Thomas Vang and assistant engineer Johan Jørgensen at The Village in Copenhagen, Denmark on February 4, 2017
Mixing and mastering by Klaus Scheuermann
Produced by Scott DuBois 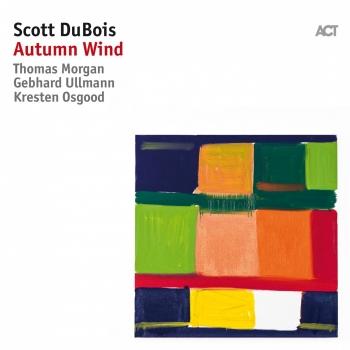 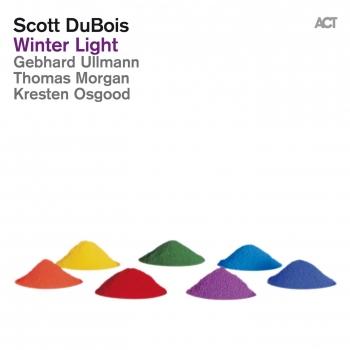