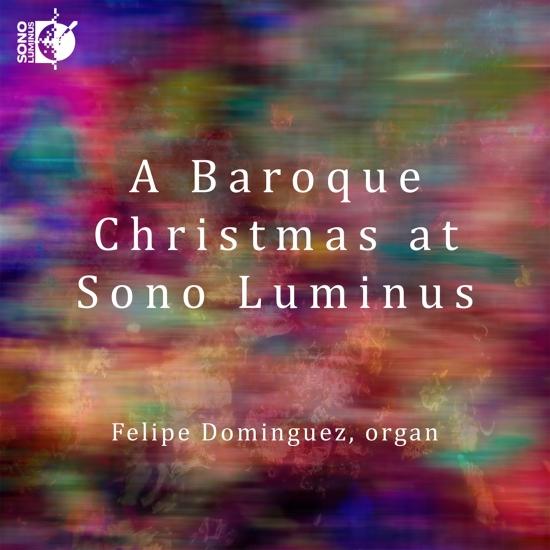 Info for A Baroque Christmas at Sono Luminus

From the pipe organ at the Sono Luminus studio in Boyce, Virginia, we are pleased to present a fine selection of baroque organ music for the Christmas season. Felipe Dominguez (b. 1983) is a Chilean/American organist, harpsichordist, clavichordist and musicologist. A graduate of Brigham Young University (B.M. 2010, M.M. 2012), he studied organ and harpsichord with Douglas Bush and Don Cook. He has pursued further postgraduate organ instruction in Europe with Edoardo Belotti, Hans Davidsson, Harald Vogel, and Leon Berben. Mr. Dominguez has performed as a soloist and in ensembles in Chile, Argentina, the United States and Europe.
Nun komm der Heiden Heiland (Oh, Come thou Savior of the Gentiles) is a German chorale normally sung during advent, and it is a call for the Lord to come to Earth. This setting by Bach features a walking bass in the accompaniment, and a highly ornamented version of the chorale melody as a solo, in one of the most exquisite examples of this form. The registration is Gedeckt 8’, Gemshorn 8’, Koppel Flute 4‘, Quint 1 1/3‘ and Tremulant in the Swell for the solo, against Principals in the accompaniment.
Lo, How a Rose E’er Blooming is a well known and beloved traditional chorale on the original harmonization by Michael Praetorius.
The chorale Lobt Gott, ihr Christen, allzugleich, (Praise God, you Christians, All Together) is set in verse 1 with the melody in the soprano and counterpoint in the two lower voices, and in verse 2 with the melody in the pedal and two lines in imitation on top.
Noël cette Journée (Christmas day today) imitates the French musette with a sustained pedal note, a sweet melody and elegant ornaments, painting an image of the French countryside.
Zipoli’s Pastorale also centers on the image of countryside landscape, which was a popular Christmas theme at the time in the spirit of the biblical annunciation to the shepherds.
Michau qui causoit ce grand bruit is a traditional French Noël treated in a very common structure of variations with different character, the first with a royal feel and the second with a courtesan air.
A ricercar is an imitative form that uses a melody as its main source of material for development. In the case of the Ricercare on “Ave Maria Klare”, a hymn for the Virgin Mary is used as the main source material.
Buxtehude’s Fantasia on “Wie schön leuchtet der Morgenstern” (How brightly Shines the Morning Star) is one of his greatest masterpieces. He uses small phrases of the chorale melody to develop contrasting sections full of color, energy, and beauty, which also provide an opportunity to highlight the wonderful colors of the organ.
Louis-Claude Daquin wrote a large collection of Noëls and his own performances were legendary in 18th Century Paris. His Noël variations normally present the melody first, followed by variations, at times very virtuosic as it is in this case.
Selections from the Oratorio “The Messiah” by Handel have long been a staple of the Christmas repertoire. This version of the pifa transcribed for the organ is highly ornamented and with its triple meter and dance character intends to take the listener back to the annunciation to the shepherds.
Böhm’s setting of “From Heaven Above,” a popular Christmas chorale, sets the melody as a solo, largely unornamented so it is easy to recognize, against a contrapuntal backdrop.
Voluntary V, Op. 6, by John Stanley though not a Christmas piece has all the hallmarks of a royal entrance. It begins with a contrapuntal section similar to a string ensemble, followed by a virtuosic trumpet solo (Oboe 8’).
This second setting of “From Heaven Above,” by Pachelbel is much different than the previous one, the melody being in the pedal with a Principal 8’ against Koppel Flute 4‘ and Quint 1 1/3‘ in the Swell that dance in counterpoint above the melody.
This 18th Century setting of a pastorale by Bernardo Pasquini is much more elaborated, making more use of counterpoint and varied harmonies throughout the piece. However, it stays true to the countryside character of pastorals. The simple registration of a Gemshorn 8’ for the first section and Gedackt 8’ and Bourdon 16’ in the pedal highlights the beauty of these stops.
In Sweet Rejoicing! (In Dulci Jubilo) Is a popular upbeat Christmas hymn. The first 16th Century version from the Fridolin Sichers Tablature is highly imitative, with phrases overlapping over each other very actively. The second version by J.S. Bach, written in his youth, is a highly ornamented version of the hymn that works in scales and arpeggios with a majestic end only as Bach can deliver.
Felipe Dominguez, organ 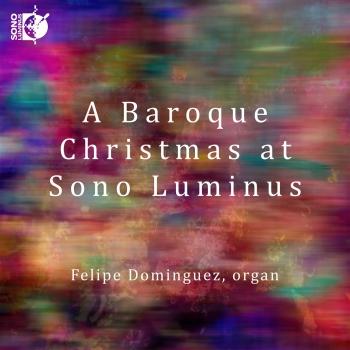 A Baroque Christmas at Sono Luminus 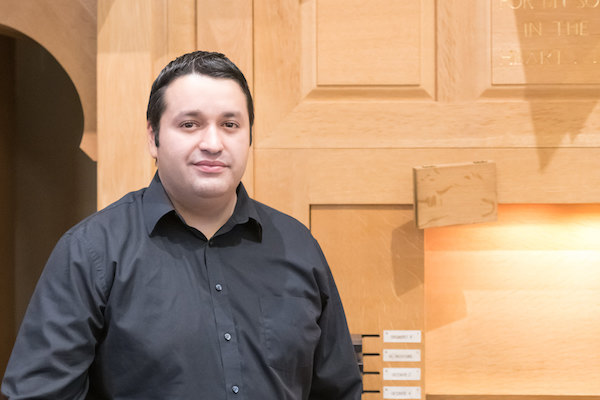 Felipe Dominguez, organ
(b. 1983) is a Chilean/American organist, harpsichordist and musicologist, born and raised in Talcahuano, Chile. In 2010, he received a Bachelor of Music (B.M.) in Organ Performance with a minor in Political Science from Brigham Young University. Later, in 2012, he earned a Master’s of Music (M.M.) in Organ Performance from the same institution. He has pursued further postgraduate organ and harpsichord instruction in Europe with Edoardo Belotti, Hans Davidsson, Jacques van Oortmerssen, Harald Vogel, and Leon Berben. In 2014, he obtained the degree of Master’s in Legislative Affairs from The George Washington University in Washington, D.C., in 2018 a postgraduate certificate in negotiation from Harvard Business School, and he is currently pursuing a Doctor of Philosophy (Ph.D.) degree in Musicology at The Catholic University of America in Washington, D.C.
At Brigham Young University, Mr. Dominguez studied organ and harpsichord with Don Cook and Douglas Bush. While at Brigham Young University, the harpsichordist and organist of the University Chamber Orchestra between 2010 and 2011. He has since performed as a soloist and in ensembles in South America, Europe, and United States.
Additionally, since 2011 he has had a successful business career in the public sector and as an entrepreneur. He recides in Virginia with his wife and four children.

Booklet for A Baroque Christmas at Sono Luminus