The Jig Is Up FUSK 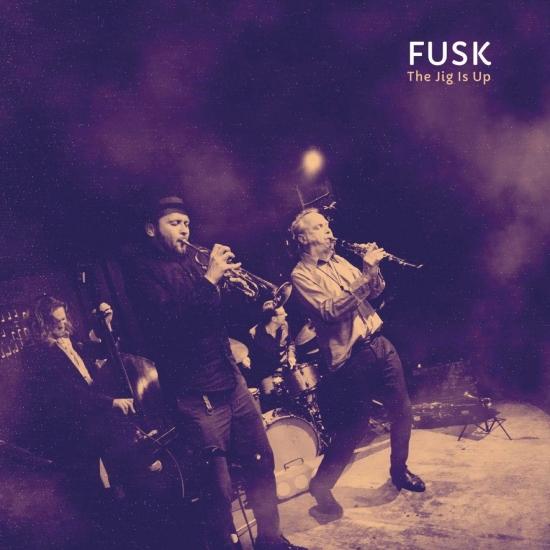 Info for The Jig Is Up

FUSK is 100% contemporary jazz, catapulted forward by the creative ingenuity of the band members; these are players who have something to say! The music is intensive, joyous. It grabs you, as it expands out of its musical roots and takes off and into the open air.
Kasper Tom Christiansen is no purist; instead, he tastefully mixes genres, as much at home with the techniques required in contemporary new music as with the improvisational surprises of free jazz.
FUSK takes up a wide field of play, and this adventurous quartet doesn’t like to be fenced in. It all begins with the members of a band that has been in existence for some ten years. “The Jig Is Up” is FUSK’s fourth album. Trumpet (now with a new band member, the amazing Polish musician, Tomasz Dabrowski), bass clarinet/clarinet (Rudi Mahall), bass (Andreas Lang), and drums: It’s a band that reminds you of such breakthrough bands of the early 1960’s as the classic Ornette Coleman Quartet, the New York Art Quartet, or Archie Shepp’s early quartet with trumpeter Bill Dixon. At first listen they sound a bit retro, indicative of the revolutionary fervor of the time. But straightaway you sense there’s something deeper here, something playful, with an understated humor that transports history into the present.
Despite their complexity, the compositions are far from obtrusive. FUSK evinces an amazing lightness in their play – there’s an edge to the tempos and a synergy between the two horns. That may sound like blue light (high speed) driving, like a club in which you’d love to spend the evening, like big city street scenes, like an enchanted past with imprints in the here and now. It is intensive, joyous music with a melodic incisiveness. It grabs you. Expanding out of its musical roots, it takes off into the open air, as it constructs and deconstructs the musical material in the same breath.
This acoustic band has fun with the album’s feel of freewheeling swing. There’s often a tongue-in-cheek attitude to the music’s mercurial, gripping shifts and turns. It’s fresh music that plays around with the sounds we are used to hearing, as the musicians tip their hats to the past while at the same time blasting through traditional styles.
There’s a balance within the turbulence that oscillates between the compositions and the continual leaps of creative furor. Nothing takes a life of its own here, since everything is dedicated to the service of the musical situation. And there’s the band’s whimsical name, FUSK, which could be translated as “messing around”. With the band’s ironic musical allusions and subtle humor, the name fits. Yet, the irony never degenerates into cheap tricks; there is never a lack of creative ideas.
"The music of “FUSK” is full of contrasts and dynamic stylistic changes. The four interesting and creative avant-garde jazz masters are playing together for a long time now – their collective improvisation is a marvelous synthesis between expressive and passionate improvising, spontaneous musical decisions, original and interesting stylistic waves, sudden turns and colorful contrasts. The main attention is paid to the expressive, free and vivacious improvising and the search of new and unusual ways of playing. Kasper Tom Christiansen's compositions are arranged very inventively and expressively – each musician can explore new ways of playing and show his own style, abilities of playing and interesting playing manners. [...] This album has a bright, innovative and touching sound." (Avant Scena)
Kasper Tom Christiansen, drums
Tomasz Dąbrowski, trumpet
Andreas Lang, bass
Rudi Mahall, bass clarinet
Recorded, mixed and mastered October 2017 by Tito Knapp at Tito’s Zentrifuge, Berlin, Germany
Produced by Kasper Tom Christiansen 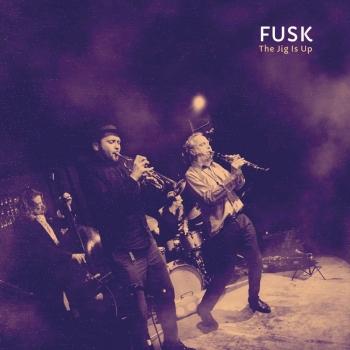 The Jig Is Up 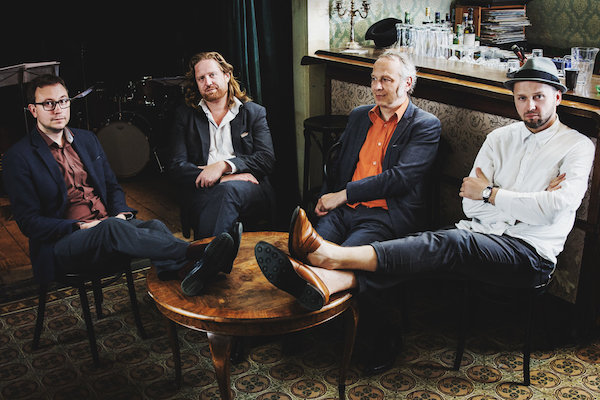 FUSK
Danish drummer and FUSK bandleader Kasper Tom Christiansen has a wonderfully unique stylistic slant on his instrument. He’s no purist; instead, he tastefully mixes genres, as much at home with the techniques required in contemporary new music as with the improvisational surprises of free jazz.
This acoustic band has fun with the album’s feel of freewheeling swing. There’s often a tongue-in-cheek attitude to the music’s mercurial, gripping shifts and turns. It’s fresh music that plays around with the sounds we are used to hearing, as the musicians tip their hats to the Avant-garde of the 60’s, while at the same time blasting through those self-same styles. Kasper Tom and Andreas Lang define the way today’s rhythm section should sound, while bass clarinetist/clarinetist Rudi Mahall and trumpeter Tomasz Dabrowski celebrate their musical conversation as spiritual brothers.
“FUSK makes you happy” was one critic’s conclusion. For another critic, the band “sets free a weightless depth and joy, followed by a passion to play; our lives should be accompanied more often by such multi-layered soundtracks as these.” Absolutely! Weighty and feather-light at the same time, the music is made to sound effortless, as the difficult is transformed into artful exhilaration, with the players dancing around the rules of the game. The poet Karl Mickel got it right: “If it’s not fun, it’s no fun.”