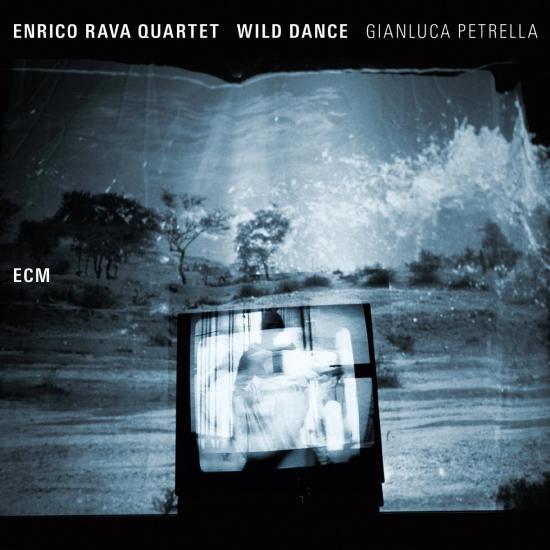 This „Wild Dance“ is a cross-generational project by the grand master of Italian Jazz. Energized by joyous experiences on the road the ever youthful Enrico Rava took his new working quartet of the last two years into Arte Suono Studio in Udine.
Here they were joined by trombonist Gianluca Petrella, an internationally noted player through his contributions to Rava's three acclaimed post-millennium quintet albums Tribe (2011), The Words And The Days (2005) and Easy Living (2003). With Manfred Eicher producing, the five Italians recorded a programme of Rava originals which cover a broad range of moods - from brooding ballad-playing to fiery up-tempo post-bop. Once again Rava's trumpet playing makes it clear that lightness and intensity, elegant cool and emotional warmth are no opposites.
Almost half of the tracks were written by Rava specially for this album while others, much to his delight, were proposed by the members of the band and stem back to the 1980s and 1990s ('Diva', 'Infant' and 'Overboard'). The album is rounded off with a group improvisation.
Rava and Petrella form a peerless two-horn frontline, whether playing in unison, engaging in dialogue or taking their turns in extensive soloing. The rhythm section of Gabriele Evangelista, Enrico Morello, ('in my opinion the number one drummer in Italy today', says Rava) and guitarist Francesco Diodati give them both space and assured support.
'I love the sound of trumpet and trombone together,' says Rava. 'The trombone is, more or less, almost the same instrument as the trumpet anyway, just in a different register, and what you can do with them in unison is very special. In that respect Roswell Rudd, with whom I played in the early 1970s, was a very important influence on me. And both Roswell and Gianluca are very modern players but with firm roots in New Orleans dance bands.'
Enrico Rava, trumpet
Francesco Diodati, guitar
Gianluca Petrella, trombone
Gabriele Evangelista, double bass
Enrico Morello, drums 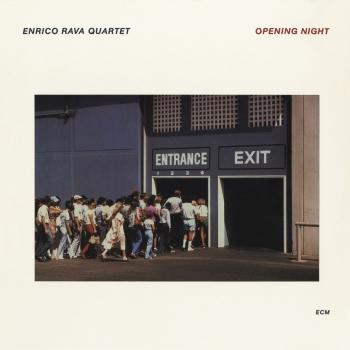 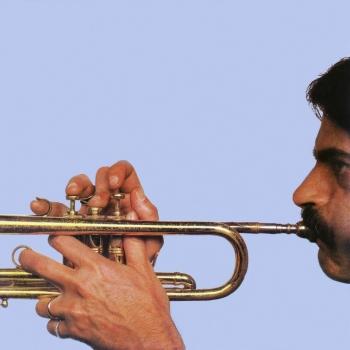 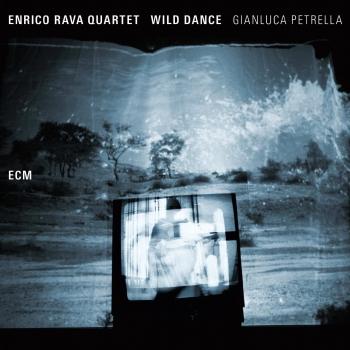 Enrico Rava
was born in Trieste in 1939. Self-taught, he started out playing Dixieland trombone but switched to trumpet at 18 after hearing Miles Davis. In 1962, he began a collaboration with Gato Barbieri, which brought him into contact with Don Cherry, Mal Waldron and Steve Lacy. He joined Lacy’s group in 1965, subsequently travelling with him through Europe, South America and the US. In New York, Rava worked with Cecil Taylor, the Jazz Composers Orchestra, and Roswell Rudd; back in Europe he hooked up with the European avant-garde and the free players of the Globe Unity Orchestra. Even in this experimental period Rava remained a melodic player, a tendency refined and developed through a career which has touched on all aspects of the jazz tradition. First ECM album “The Pilgrim and the Stars” in 1975 already set high standards has won many national and international awards, including, in 2002, the JazzPar prize, Europe’s biggest award for jazz players.
Stefano Bollani was born in Milan in 1972, and began playing piano at 6, enrolling in Florence’s Cherubini Conservatory five years later. First professional performances at 15, initially in pop contexts; work with Enrico Rava from1996 confirmed a deeper commitment to jazz. Since then he has played with numerous musicians including Lee Konitz, Phil Woods, Michel Portal, Gato Barbieri, Richard Galliano etc. ECM recordings with Rava since 2003, own album “Piano Solo” in 2006. Awards include European Jazz Prize 2007. Has written for ensembles of all sizes, collaborated with Brazilian musicians, and published a novel (“La Sindrome di Brontolo”, 2006). He recently recorded a piano trio album for ECM with Jesper Bodilsen and Morten Lund, for 2009 release.
Mark Turner was born in Fairborn, Ohio in 1965. Moved with his family to California when he was four. Turner started playing clarinet at nine then later switched to alto, then tenor as a teenager. He studied art at Long Beach State and California College of Arts and Crafts, transferring to Berklee College of Music, and graduating in 1990. Since moving to New York he has worked and recorded with musicians such as Kurt Rosenwinkel, Dave Holland, Paul Motian, Brad Mehldau, John Pattitucci, Dave Douglas, Billy Hart, Lee Konitz and James Moody. He is on dozens of recordings as a sideman as well as five of his own recordings (“Yam Yam” on Criss Cross, “Mark Turner”, “In This World”, “Ballad Session” and “Dharma Days” on Warner Brothers).
Larry Grenadier was born in San Francisco in 1966. He began playing bass when he was 11, as teenager working in the Bay area with Joe Henderson, Stan Getz, Bobby Hutcherson among many others. He graduated from Stanford University in 1989 with a degree in English Literature. After playing with Gary Burton's band in 1990, he moved to New York City where he played in the bands of Betty Carter, Joshua Redman, Danilo Perez, Tom Harrell, Joe Henderson, John Scofield, Pat Metheny, Paul Motian, Charles Lloyd and Brad Mehldau and recorded dozens of albums. Currently he is also a member of the collective trio, Fly, along with Mark Turner and Jeff Ballard. Their first recording for Savoy was released in January 2004. Their newest recording will be issued on ECM later this year. Previous ECM credits include three albums with Charles Lloyd: “The Water Is Wide”, “Hyperion With Higgins” and “Lift Every Voice”.