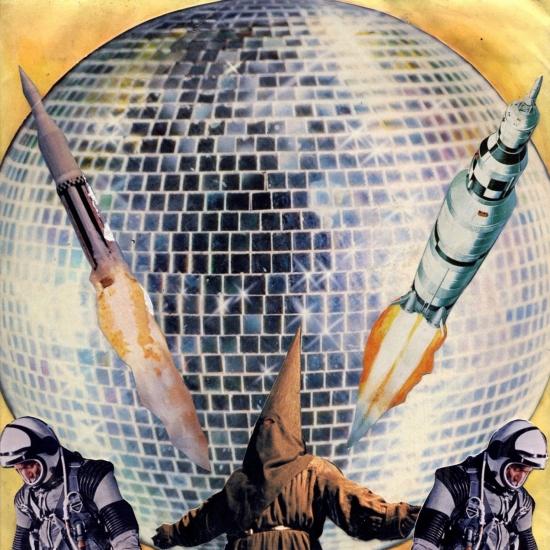 N.A.S.A is an ongoing creative collaboration between two lifelong music aficionados, Squeak E. Clean ad DJ Zegon, and their friends, friends of friends and musical heroes. While N.A.S.A. stands for North America/South America and contains a number of superstar artists from both coasts of the US, it is about as far from a tension-building geographical showdown as a record can get. Rather, their Anti debut The Spirit of Apollo was born with the righteous goal of bringing people together through music and art, and that is exactly what masterminds Sam Spiegel (Squeak E. Clean) and Ze Gonzales (DJ Zegon) have done. Brazilian funk provides the roots of the songs and binds them together into a cohesive whole, but from there, the imagination behind The Spirit of Apollo ranges far and wide. Unexpected collaborations abound on the eighteen track release. Tom Waits growls over Kool Keith, Karen O taunts while Ol' Dirty Bastard gives shout-outs to Wu Tang and N.A.S.A from the grave, and David Byrne, Chuck D and others expound on the evils of "Money." In spite of the range of performers, the pairings seem organic, inspired and make perfect sense on the first listen, never coming off as ironic or impulsive.
Spiegel explains, “I’m so geeked about this 10 Year Anniversary Box Set of N.A.S.A.’s The Spirit of Apollo. There was so much that went into this album back when we made it, so many inspiring people made contributions, and the album is so multifarious with all of the musical and visual artists’ contributions, we wanted to do a special edition to commemorate the album, and to include a bunch of extra stuff that didn’t make it on the original version and remixes that came after the release.”
“Spiegel is a contemporary kind of artist— a musician, record producer and general-idea-guy whose work exists almost only in tandem with someone else’s. He's a musical polymath who coaxed a nebula of superstars (David Byrne, Kanye West, Tom Waits) into cameos with his bands N.A.S.A. and Maximum Hedrum.”(Los Angeles Times)
“[Spiegel’s N.A.S.A. project’s] tracks are a three-dimensional, ever-shifting combination of Brazilian, American and even African funk… chirpy pop choruses punctuate raps, and the beat stays brisk and unpredictable.” (The New York Times)
Sam Spiegel (Squeak E. Clean)
Ze Gonzales (DJ Zegon) 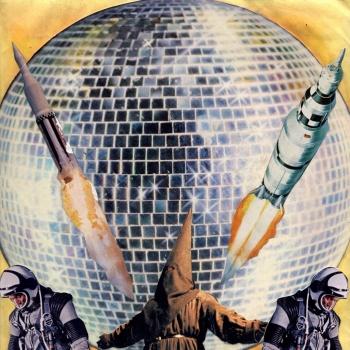 Sam Spiegel (Squeak E. Clean) and Ze Gonzales (DJ Zegon)
Grammy-nominated DJ, music producer, composer and music/film director Sam Spiegel is premiering the track “Crew” featuring Elliphant & Agent Sasco (aka Assassin) via WNYC’s “All of It with Alison Stewart.” Listen to the track at https://www.wnyc.org/story/listening-party-djproducer-sam-spiegel/ and share it via Soundcloud at https://tinyurl.com/rgcsk7x. “Crew” hails from Random Shit from the Internet Era, the highly anticipated follow-up to Spiegel’s landmark collaborative project N.A.S.A.’s critically acclaimed 2009 release The Spirit of Apollo. His first full-length album in a decade, Random Shit from the Internet Era is due February 21 via Spectrophonic Sound.
Random Shit from the Internet Era features a number of singles recently released by Spiegel—“Used to be my Homie” featuring Freddie Gibbs & BJ The Chicago Kid; “20 Below” featuring Anderson .Paak and Doja Cat; “To Whom It May Concern” featuring CeeLo Green, Theophilus London and Alex Ebert; “One Last Time” featuring Goldilox and co-produced by AlunaGeorge’s George Reid; “Wishin’” featuring Bipolar Sunshine; “Champagne” featuring Aynzli Jones and “Perfect” with Tropkillaz featuring Bia and MC Pikachu—as well as never-before-heard tracks featuring special guests RZA, Sia, Busta Rhymes and many more.
“I usually love to work conceptually,” notes Spiegel. “Call me old school, but I love making albums that have a theme or concept that carries you through the record. For instance, on N.A.S.A.’s The Spirit of Apollo the theme was space and unity; creating together without geographical, religious, genre or ideological borders. Random Shit from the Internet Era was a different process for me. This is an album comprised of songs which have been created in bits and pieces over many years, some literally over the last 15 years! I had these great songs floating around my brain, and I felt it was time to release them to the world, regardless of whether they fit into a cohesive conceptual album. For that reason, the album is comprised of lots of different feels and genres, disparate frames of mind from my journey through life.”
Additionally, Spiegel is set to celebrate the 10th anniversary of N.A.S.A.’s The Spirit of Apollo with a 4-LP box set due January 31 which includes three previously unreleased songs featuring Fatlip (Pharcyde), Gift of Gab (Blackalicious) and Jimmy Jael (Brother Reade), remixes.
Spiegel explains, “I’m so geeked about this 10 Year Anniversary Box Set of N.A.S.A.’s The Spirit of Apollo. There was so much that went into this album back when we made it, so many inspiring people made contributions, and the album is so multifarious with all of the musical and visual artists’ contributions, we wanted to do a special edition to commemorate the album, and to include a bunch of extra stuff that didn’t make it on the original version and remixes that came after the release.”
Spiegel’s N.A.S.A. project (with Brazilian DJ Zegon) debuted in 2009 with The Spirit of Apollo featuring appearances by Kanye West, M.I.A., Tom Waits, RZA, David Byrne, ODB and many others. He has gone on to establish himself as a critically acclaimed music and film director, serving as music director for Kanye West’s “Glow in the Dark” tour and Karen O’s Stop the Virgens theatrical project, the latter of which Spiegel co-wrote with Karen and produced.
In 2005 Spiegel founded his award-winning commercial music house, Squeak E. Clean Studios, through which he has scored commercial campaigns for Nike, Adidas, Cadillac, Honda, Sonos and many more. Other highlights among Spiegel’s film credits are the scores to Spike Jonze’s Yeah Right!, the top-selling skate movie of all-time; HBO’s Pretty Things; Drew Barrymore’s Whip It and more. Spiegel’s track “Hello Tomorrow” won the Gold Lion for Best Music at the 2005 Cannes International Advertising Festival and Silver for Original Music at the 2006 Clio Awards upon being featured in an Adidas commercial directed by Jonze. Spiegel’s 2016 single “Mutant Brain” featuring Assassin (available via Interscope Records) was featured as the soundtrack to the Spike Jonze-directed “Kenzo World” short film (hailed as “the greatest fragrance ad of all time” by Fast Company). The track reached #2 on the Spotify Global Viral 50 playlist and won the AICP “Best Music” award as well as two Gold Lions at the Cannes Lions Film Festival.
In 2015 Spiegel turned his attention to film direction with the video for the final track to be released by N.A.S.A., “Jihad Love Squad” feat. KRS-One. He went on to direct a pair of short films for National Geographic and CNN’s first-ever live commercial, which aired at 11:35 p.m. ET on New Year’s Eve 2017 during CNN’s “New Year’s Eve Live” and received nearly 3.3 million live viewers. Spiegel recently directed the web series “Wu Tang In Space Eating Invisible Sliders,” starring Wu Tang Clan members RZA (having uploaded his consciousness into the computer RZA 9000), GZA and Ghostface Killah aboard their spaceship, the Wu-F-O, orbiting Earth while answering questions left by fans and eating White Castle’s new all-vegetarian Impossible Slider.