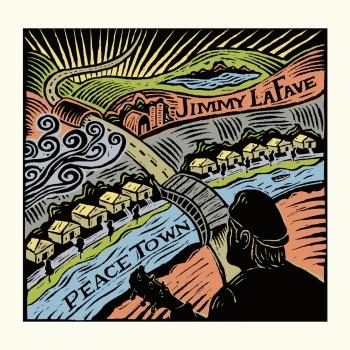 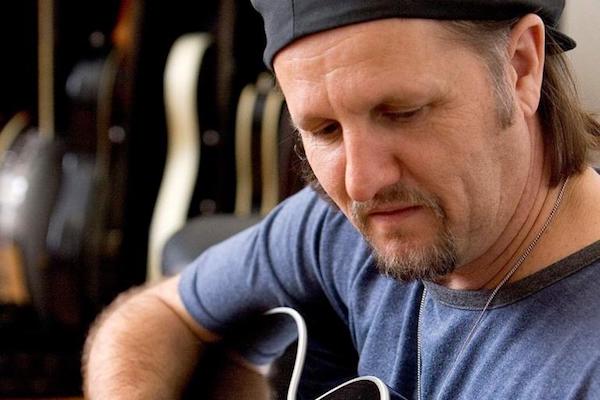 Jimmy LaFave
was born in Wills Point, Texas. He started school in Mesquite and by Junior High was making music perched behind his Sears & Roebuck drums kit. It wasn't long before his mother traded a drawer full of green stamps for his first guitar, and the switch to singer-songwriter was in progress. His family later moved to Stillwater, Oklahoma, where he finished high school. Jimmy lived in Austin, TX for nearly 30 years, but is often identified as being from Oklahoma because of his strong musical ties to the state and his role in the development of “Red Dirt Music.” Early on he embraced the spirit of Woody Guthrie and worked to promote Guthrie’s legacy around the world in both words and song.
Shortly after arriving in Austin he was asked to help launch the songwriter nights at the new performance venue Chicago House. In 1988 he recorded his self-produced tape, Highway Angels...Full Moon Rain, which won the Austin Chronicle Readers’ Poll Tape of the Year Award. In 1992, Jimmy released the self-produced CD, Austin Skyline, which drew international attention to his songwriting and vocal talents. His second album, Highway Trance was released in 1994 followed by his third CD, Buffalo Return to the Plains, in 1995.
Critical acclaim led to extensive touring in the United States and Europe, and in 1996 he was asked to tape a performance for the PBS musical series Austin City Limits, and was invited by Nora Guthrie to appear in Cleveland at the Rock and Roll Hall of Fame tribute to Woody Guthrie. That same year LaFave won his second consecutive Austin Music Award for Best Singer-Songwriter. His fourth CD, Road Novel, which was released in early 1997 received many glowing reviews. That year he was asked by Nora Guthrie to speak and perform at the induction of Woody Guthrie into the Oklahoma Hall of Fame. He traveled to Europe twice that year and also toured the USA and Canada and made multiple appearances on NPR’s Mountain Stage.
In 1998 Jimmy compiled a 15-year retrospective of bootleg tapes, live performances, radio shows and studio out takes. LaFave kicked off 1999 with the release of the CD entitled Trail. The double CD contains 31 tracks recorded in Texas and around the world. Including 12 Dylan songs, it answered the demand of fans for a 'LaFave does Dylan' CD.
In 2001 Jimmy released Texoma. The CD received some of the best press of his career, including reviews by the Associated Press, VH–1, Billboard and Playboy. The ballad “Never Is a Moment” from the album, a radio favorite, became his most-requested song ever. That year when not playing his own musical dates, Jimmy toured with a Woody Guthrie tribute project he conceived entitled Ribbon Of Highway–Endless Skyway. The show featured a rotating cast of notable musicians performing Woody’s songs interspersed with narrations from his many writings. He also appeared that year at the annual Woody Guthrie Folk Festival. Jimmy serves on the Advisory Board for the festival and performed there 12 straight years. He was always quick to acknowledge it as his favorite musical event.
In 2005 LaFave released Blue Nightfall. This stunningly soulful album was LaFave’s first in four years and once again received many favorable reviews. In April of that year, Jimmy was then honored when one of his musical heroes Bruce Springsteen invited him on stage for a duet at his show at the Nokia Arena in Dallas. That same month Jimmy was very grateful when Nora Guthrie allowed him to look through the unseen lyrics from the Woody Guthrie Archives. She helped Jimmy choose 19 songs for a future “Woody” CD project, which he co–wrote music to the lyrics using his own style and interpretations.
In early 2007 Cimarron Manifesto was released where it spent several weeks as number 1 on the Americana music chart. Later that year, Jimmy along with Dallas businessman Kelcy Warren, established Music Road Records. The label’s first CD release was Ribbon of Highway–Endless Skyway, a two-disc set from the Woody Guthrie tribute tour. Music Road also released Favorites 1992-2001, a compilation CD from Jimmy’s back catalog.
In late 2012, Music Road released Depending on the Distance and Looking into You: A Tribute to Jackson Browne, co-produced by Jimmy, and released in 2014. Jimmy’s latest record, The Night Tribe was released on May 12, 2015. On April 26th, Jimmy LaFave was honored with the first annual Restless Spirit award by the Red Dirt Relief Fund at Bob Childers Gypsy Café in Stillwater, OK. On June 14th, 2017, Jimmy was posthumously inducted into the Oklahoma Music Hall of Fame. He was also recently added to the Austin Music Awards Hall of Fame as well as officially being recognized by the Governor of Texas and the Texas Music office for his songwriting contribution to the Texas music scene.
Peace Town, Jimmy's last studio recording, will be released on July 13th on Music Road Records.
Jimmy LaFave passed away on May 21, 2017 from a rare form of cancer but his legacy through music and art will continue.