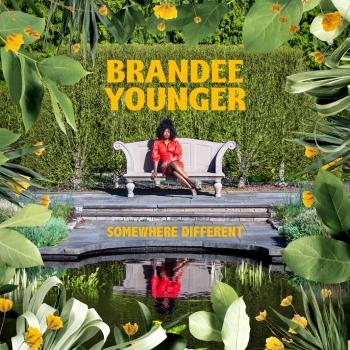 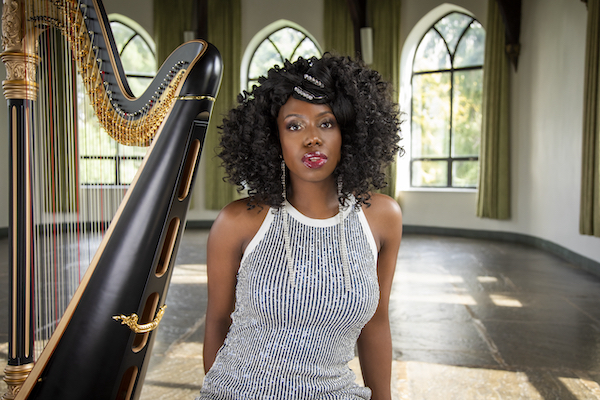 Brandee Younger
A leading voice of the harp today, performer, composer, educator and concert curator Brandee Younger defies genres and labels. Recently awarded Rising Star Harpist in Downbeat Magazine’s 2020 Critics Poll, she has performed and recorded with artists including Pharoah Sanders, Ravi Coltrane, Jack Dejohnette, Charlie Haden, Common, John Legend, The Roots, Stevie Wonder and Lauryn Hill. In 2020, she released her fifth album Force Majeure and her original composition “Hortense” was featured in the Netflix Concert-Documentary, Beyoncé: Homecoming. In 2019, Ms. Younger was selected to perform her original music as a featured performer for Quincy Jones and Steve McQueens’ “Soundtrack of America”. Ms. Younger’s ability to seamlessly inject the harp into arrangements and venues where it has historically been overlooked is a testament to her deep love for and exemplary command of the instrument. In addition to performing, Ms Younger is on the teaching artist faculty at New York University and The New School College of Performing Arts in New York City.
Ms. Younger earned her Bachelor of Music in Harp Performance at the Hartt School of Music and her Master of Music and Performing Arts Professions at New York University.
Past residencies and masterclasses include The Royal Conservatory of Music (Toronto), University of Birmingham (UK), Howard University, Drexel University, Princeton University, Tulane University, Trinity College, The Hartt School, University of Michigan, DePaul University and Berklee College of Music.
She holds leadership positions on the advisory board of New Music USA, through the Apollo (theater) Young Patrons Steering Committee and the American Harp Society, Inc. where she is Director at Large. As a concert curator, Ms Younger organized “Divine Ella,” part of the Schomburg Center for Research in Black Culture’s annual Women’s Jazz Festival. She also served as curator of the 2016 Harp On Park concert series, “highlighting the diversity of the harp and the contemporary importance of an ancient instrument,” and most recently coordinated “Her Song,” featuring the works of women composers, both for Arts Brookfield.
“No harpist thus far has been more capable of combining all of the modern harp traditions — from Salzedo, through Dorothy Ashby, through Alice Coltrane — with such strength, grace and commitment.” - The New York Times
“Younger has almost single-handedly made a persuasive argument for the harp’s role in contemporary jazz…” - The New York Times