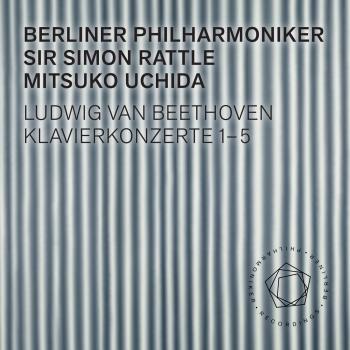 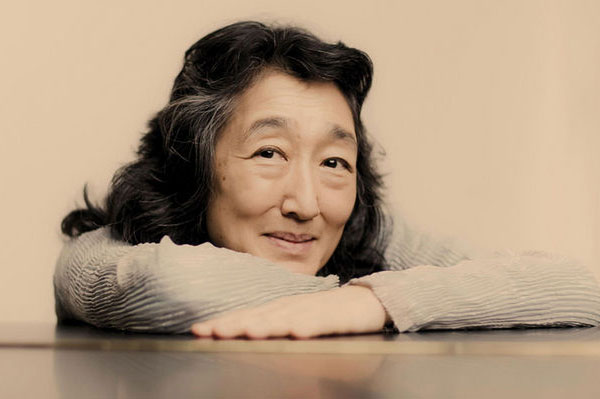 Mitsuko Uchida
‘Uchida is, simply, Uchida – an elegant, deeply musical interpreter who strikes an inspired balance of head and heart in everything she plays’ Chicago Tribune
Mitsuko Uchida is a performer who brings to her audiences a deep insight into the music she plays through her own search for truth and beauty. She is renowned for her interpretations of Mozart and Schubert, both in the concert hall and on CD, but she has also illuminated the music of Berg, Schoenberg, Webern and Boulez for a new generation of listeners and her recording of the Schoenberg Piano Concerto with Pierre Boulez and the Cleveland Orchestra won four awards, including The Gramophone Award for Best Concerto. Over the last two years she has been giving performances of Beethoven’s last three piano sonatas, and Opus 101 and 106 (Hammerklavier): Royal Festival Hall performance of Op109, 110 and 111 was described by John Allison, The Times critic, as ‘one of the most transporting concerts London has heard all year’; and her peformance of the ‘Hammerklavier’ in March 2005 was described by Andrew Clements in The Guardian as ‘totally compelling’. She has recorded last three Beethoven sonatas for Decca and has received outstanding critical acclaim. Hugh Canning wrote in The Sunday Times ‘This is magical piano-playing: we are lucky to live in an age when Uchida is the medium through which Beethoven’s genius still speaks to us so eloquently.’
Mitsuko Uchida performs throughout the world with many different partners. Some highlights have been her Artist-in-Residency at the Cleveland Orchestra, where she directed all the Mozart concerti from the keyboard over a number of seasons. She has also been the focus of a Carnegie Hall Perspectives series entitled ‘Mitsuko Uchida: Vienna Revisited’. She has recently featured in the Concertgebouw’s Carte Blanche series where she collaborated with Ian Bostridge, the Hagen Quartet, Chamber Orchestra of Europe and the Royal Concertgebouw Orchestra as well as directing from the piano a performance of Schönberg’s Pierrot Lunaire. These concerts were also the focus of series at the Philharmonie in Cologne and the Barbican in London. In January 2006 Mitsuko Uchida took part in the Mozart birthday celebrations in Salzburg with the Vienna Philharmonic Orchestra conducted by Ricardo Muti, as well as performing with the Hagen Quartet and appearing in recital. She recently took part in the series of ‘Signature’ concerts marking the reopening of London’s Royal Festival Hall after its refurbishment: she performs Mozart with Sir Charles Mackerras and the Philharmonia Orchestra
Mitsuko Uchida’s engagements this season include recitals in Vienna, Amsterdam, Köln, Rome, London and New York. She also gives two recitals at the Salzburg Festival, featuring Beethoven’s last three piano sonatas and his Op101 and 106 (Hammerklavier) sonatas. She performs with the London Symphony and Boston Symphony Orchestras with Sir Colin Davis; with the Chicago Symphony Orchestra and Ensemble Intercontemporain with Pierre Boulez; and with the Cleveland Orchestra with Franz Welser-Möst. She also play-directs Mozart concerti from the keyboard with the Chamber Orchestra of Europe. In the following season, she will be artist-in-residence with the Berlin Philharmonic Orchestra.
Mitsuko Uchida records exclusively for Decca and her recordings include the complete Mozart piano sonatas and piano concerti; the complete Schubert piano sonatas; Debussy’s Etudes; the five Beethoven piano concerti with Kurt Sanderling; a CD of Mozart Sonatas for Violin and Piano with Mark Steinberg; Die Schöne Müllerin with Ian Bostridge for EMI; and Beethoven’s final three piano sonatas.
Mitsuko Uchida has demonstrated a long-standing commitment to aiding the development of young musicians and is a trustee of the Borletti-Buitoni Trust. She is also Co-director, with Richard Goode, of the Marlboro Music Festival.