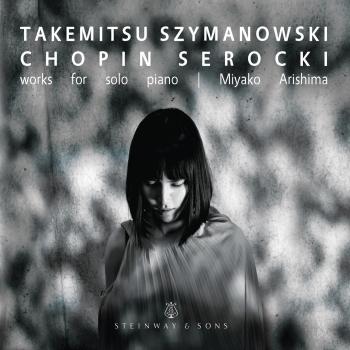 Takemitsu, Chopin & Others: Works for Piano 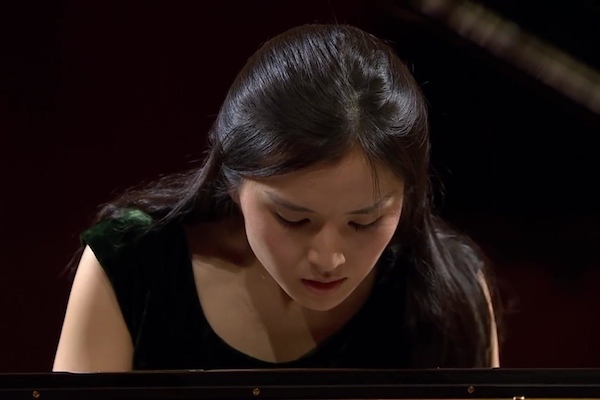 Miyako Arishima
was born in 1992. In 2010, she completed her education at the Toho Gakuen School of Music. She is currently a student of Katarzyna Popowa-Zydroń and Agata Nowakowska-Gumiela at the Feliks Nowowiejski Academy of Music in Bydgoszcz.
She has won prizes in many music competitions in Japan, and also in international Chopin competitions in Asia. In 2010, she took part in the preliminaries for the 16th International Chopin Competition in Warsaw. In 2011, she was a finalist in the All-Poland Fryderyk Chopin Piano Competition in Warsaw. She has given numerous recitals in Japan and Poland and also performed in concert with orchestras, including the Kyusyu Symphony Orchestra, Sendai Philharmonic Orchestra and Cracow Chamber Orchestra.