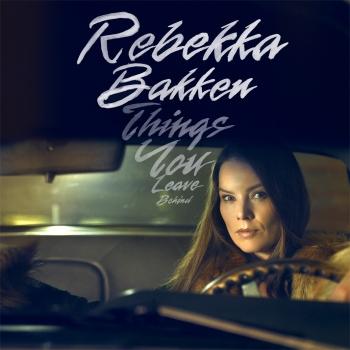 Things You Leave Behind 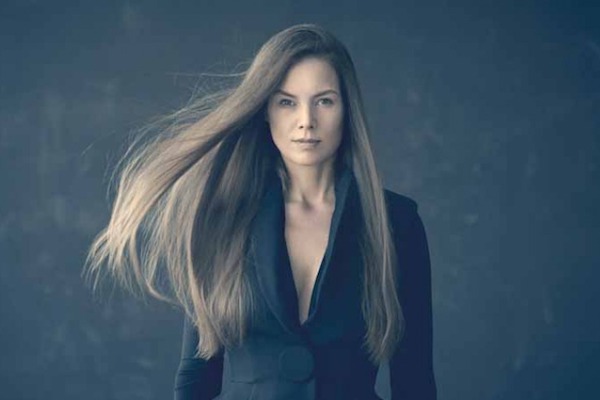 Rebekka Bakken
Love it, change it or leave it - the three options with which gurus and calendar poets show us the way out of any possible misery. On her new album "Things You Leave Behind" Rebekka Bakken opts for all three of these possibilities: she loves life so much that she experiences it in constant change and lets go of whatever wants to leave. The passage of time and things - elemental for her songs. “The last years have brought a lot of changes in my life, a lot of scary chaos," says the singer-songwriter. "My tour agent died, I now have a new booking and also a new label. I moved back to Norway, I have a new guy, and last but not least a child! It was a time of change. For me, this shows in this album, which is breaking down images and situations and expectations. There is no relying on anything when there is chaos, and that’s when the good stuff starts to happen for me. The less ideas I have about how things are supposed to be, the more comes to the surface."
"Things You Leave Behind" presents Rebekka Bakken as an extraordinarily mature singer and songwriter. The album title marks both a new beginning and a sort of retrospective and stands for music that experiences its future in the here and now. It is her personal liberation and a general slap in the face of critics and other unconscientious objectors. "The world has changed - and I was not ready for it," says Rebekka Bakken. A few years ago, the Norwegian, who found her own musical voice in New York at the end of the nineties, moved back to Manhattan. “I was looking for things to confirm myself. I wanted to co-vibrate with people around me and meet people like me, but everybody was drinking these green organic juices and green tea. I was not ready for green tea drinking boys hanging around Soho with their Birkenstocks and not making noise. I always felt strange and weird, but rarely so much."
Out of this mood, this irritation, the new songs emerged. Apart from two titles, including a melancholy and beautiful cover of Cindy Lauper's "Time After Time", the cosmopolitan Norwegian only sings her own songs - stylistically very different and yet connected by her voice and the firmly rootsy instrumentation. You will find expressive spoken words à la Tom Waits ("Dance For You"), emotional Gospel ("Gospel"), rocking Blues ("Black Shades"), melancholic Country ("Sound Of Us"), a pinch of Ragtime ("Charlie"), or atmospheric vintage pop, such as the deeply sad ballad "True North" or the wonderfully dramatic "Shelter", on this fantastic album. The music of this self-produced effort is like her lyrics: honest, unadorned and direct, recorded in a real studio, as analogue as you want it to be, with her longtime band. The title track already reflects the experiences and observations of a woman who knows what she wants with lines like "You know that I'm Norwegian, I like my men on ice" - with music that you want to hear over and over again.
"An album is the result of a maturity," says Rebekka Bakken. "Looking at life from more angles, with more depth. Daring to really look at life. The older you get the less serious you take yourself. I like to take little things that I observe and take them as little seeds and I weave stories from that. I invent people. I make up persons. I love to do that. I’m just me and I love to imagine more ways to live life.” It is a great pleasure and privilege that Rebekka Bakken lets us share in all of this as exciting and direct as never before on this truly magnificent album.