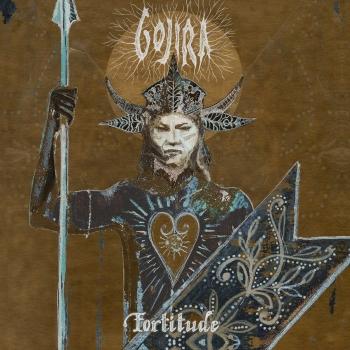 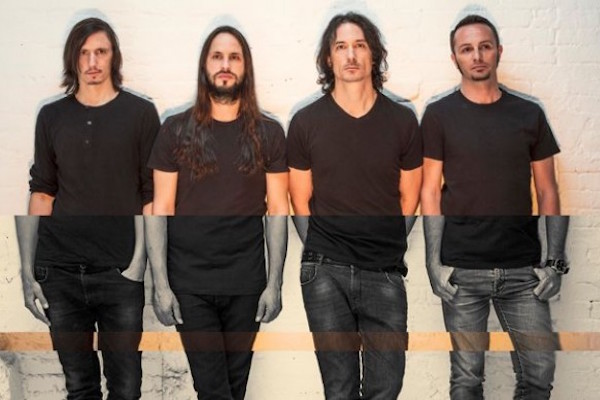 GOJIRA
It has always been hard to put a tag on GOJIRA, one of France's most extreme bands the country's musical pallet has ever known. But then again, the band has never really sought out such a tag, instead letting the music do the talking, preferring introspection and intelligence over preconceived notions and preexisting tags. Ever since the 1996 formation in town of Bayonne in the southwest of France, GOJIRA has been an ever-evolving experiment in extreme metal ultimately built upon a worldly, ever-conscious outlook with roots firmly-planted both in the hippie movement and an environmentally-conscious, new age mentality. This time, with The Way of All Flesh, GOJIRA harnesses a spiritual consciousness as well, but still culminates in a sound wholly heavy.
Originally dubbed Godzilla, after the scaly, green film star with an equally huge reputation as the newfound band's sound, the brothers Duplantier - guitarist/vocalist Joe and drummer Mario - and fellow Frenchmen Jean Michel Labadie on bass and Christian Andreu on guitar, quickly released several demos, ultimately changing the band's name and independently releasing the first GOJIRA album, Terra Incognita, in 2001, offering up a brief glimpse into the giant GOJIRA would eventually become through persistent hard work and years of toiling in the metal underground.
After the 2003 release of the band's follow-up, The Link, throughout Europe and the subsequent live DVD release the next year, of the aptly-titled The Link Alive, 2005 brought the release of From Mars To Sirius, the band's breakthrough release, garnering high praise and a North American release through Prosthetic Records in 2006. Fans of not only heavy, extreme music took notice, but so did the intellectual world, thanks to Sirius' thoughtful and expansive inner examination of the world at hand and the consequences of humanity's struggle to coexist without harm. The metal world was amused and amazed: much of it hadn't yet seen an equally intelligent and pummelingly heavy release that was as expansive and open as it was dense and concise.
Following the immense praise of From Mars To Sirius and recurring trips across the Atlantic for North American touring alongside the likes of Lamb of God, Children of Bodom, and Behemoth among others, GOJIRA established its stranglehold on the extreme metal spectrum with a linguist's touch, a lyricist's finesse, and a crushingly heavy live show that left audiences astounded, establishing the band's live performance as a spot-on recreation of the band's increasingly adept and intelligent studio output.
While 2007 wrapped with GOJIRA again touring North America on the Radio Rebellion Tour alongside Behemoth to the best reaction yet, the dawn of 2008 saw a nearly 10 month wait for while the band assembled The Way of All Flesh, one of the year's most anticipated records. This time revolving around the undeniable dilemma of a mortal demise, GOJIRA's soundtrack to the situation seems fitting. Shifting ever-so-slightly from the eco-friendly orchestra of impending doom on From Mars To Sirius to the band's new message of the equally uncontrollable inevitability of death, The Way of All Flesh melds the open and airy progressive passages GOJIRA has become famous for with the sonically dense sounds and bludgeoningly heavy rhythms that makes the band an equally intelligent force as it is unmatchably heavy.
Featuring a guest vocal spot on "Adoration For None" from Lamb of God's Randy Blythe - one of GOJIRA's most vocal supporters from their first moment making an impression in the Americas - and the now familiar Morbid Angel-isms of The Way Of All Flesh's title track join the angular riffing more akin to Meshuggah on "Esoteric Surgery" and the epic, artful plodding of the nearly 10-minute "The Art of Dying," showing that GOJIRA have indeed opened a new bag of tricks for The Way Of All Flesh, while not abandoning the sound that first showed a massive promise of potential on Sirius.
"It's more inventive than From Mars To Sirius and at the same time more straight to the point," GOJIRA frontman Joe Duplantier says of The Way of All Flesh. "The whole album is about death, death is like a step on the path of the soul. The mystery surrounding this phenomenon is just so inspiring, and death is the most common thing on earth."
"This album is also a 'requiem' for our planet," Duplantier continues. "We don't want to be negative or cynical about the fate of humanity, but the situation on Earth is growing critical, and the way humans behave is so catastrophic that we really need to express our exasperation about it. It's not fear, but anger. But we still believe that consciousness can make a difference and that we can change things as human beings."