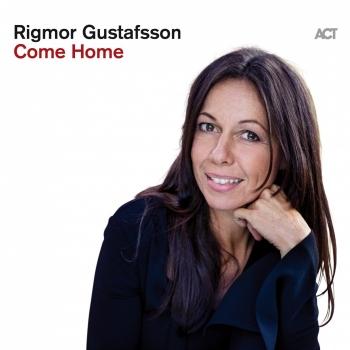 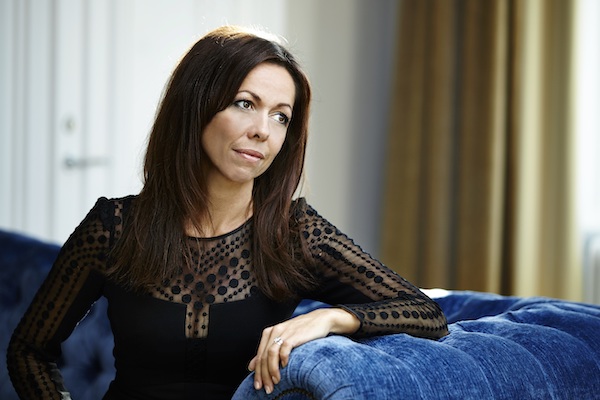 Rigmor Gustafsson
was born and grew up on a small farm in Värmland, in the very heart of Sweden. She picked up the guitar at age nine, and soon discovered her passion for jazz. It soon became clear that she wished to turn this passion into a career. But who was going to let a girl with a guitar play in their band? She had a wonderful voice, so she packed her guitar in its case and became a singer.
After her education at the Royal Academy of Music in Stockholm, she rapidly became known in Sweden as an excellent vocalist. She worked with various big bands, led her own small groups, performed on Swedish television and made numerous recordings for radio. In 1993 she moved to New York, to study at the New School and at Mannes College of Music with Sheila Jordan, Clark Terry, Richie Beirach, Phil Markovitz, Reggie Workman and Joe Chambers. She performed in the New York jazz clubs with Fred Hersch and Ted Rosenthal, recorded with Randy Brecker, Bob Mintzer and Dick Oatts, and soon Gustafsson herself was teaching at Mannes College of Music. She founded her first quintet, which toured all over Europe.
In 1996 Rigmor returned to Stockholm, was given a teaching position at the Royal Academy of Music and has since been regarded as a star of the young and lively Swedish jazz scene. In Germany the audience celebrated her performance at the JazzFest Berlin 2001 and she was immediately invited to the JazzBaltica Festival 2002, which presented her to a wider German audience as “a new star singer” (Jazzthetik). The same year she was a guest star on Nils Landgren’s highly successful album Sentimental Journey (ACT 9409-2) and in 2003 she presented her debut on ACT I Will Wait For You (ACT 9418-2), which established her firmly in the tradition of great Swedish jazz singers like Monica Zetterlund, Lill Lindfors, Sylvia Vrethammer or Alice Babs. I Will Wait For You rocketed up to second place in the German jazz charts and No.1 in Sweden, where she took over from Norah Jones, who had held place for 74 weeks. The German Jazz Award and a Gold record in Sweden were tangible rewards for the success of this album produced by Nils Landgren.
The following year Gustafsson and the French-American pianist Jacky Terrasson released a moving and sensual tribute to one of the greatest singers of pop culture, Dionne Warwick: Close To You (ACT 9703-2). Rarely have pop songs looked so good in jazz clothes. The new arrangements fit the soul-classics like a glove. The songs retain their pop identity, yet they have become exciting contemporary jazz. Gustafsson was not only rewarded with the Swedish Jazz Award, she was named “Best singer of the year” by Werner Burkhardt in the end-of the-year review in the Süddeutsche Zeitung.
On her next album On My Way to You (ACT 9710-2), released in February 2006, Gustafsson interpreted Michel Legrand’s world famous melodies from films with great jazz feeling. Some of his songs like “Windmills of Your Mind", "Once upon a Summertime" or "You Must Believe in Spring", have become part of the world's musical heritage, and Gustafsson û directed by producer Landgren û proves to be the ideal voice for these songs. Michel Legrand himself admits: “I am honoured that Rigmor has chosen to do some of my songs. She knocks me out!” On My Way to You even placed Gustafsson 12th in the Swedish POP charts, and the album won a gold record in Sweden.
Her current album Alone With You (ACT 9717-2, to be released in fall 2007), her fourth release on ACT, ventures into uncharted (for Gustafsson) territory. Although she has been writing music and also lyrics herself for years, Gustafsson is more known to the public for her exceptional and empathic versions of other people’s songs. Now she has taken another step forward and put together a highly personal album comprised exclusively of her own songs.
“Her soul speaks to other souls”, Werner Burkhardt wrote about her performance at JazzBaltica a few years back. One is hard put to find better words for her voice and her personality.