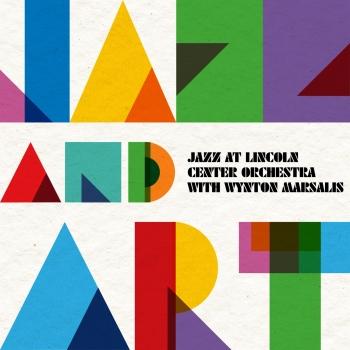 The Fifties: A Prism

Jazz at Lincoln Center
The mission of Jazz at Lincoln Center is to entertain, enrich and expand a global community for jazz through performance, education, and advocacy. We believe jazz is a metaphor for Democracy. Because jazz is improvisational, it celebrates personal freedom and encourages individual expression. Because jazz is swinging, it dedicates that freedom to finding and maintaining common ground with others. Because jazz is rooted in the blues, it inspires us to face adversity with persistent optimism.
Wynton Marsalis
is an internationally acclaimed musician, composer and bandleader, an educator and a leading advocate of American culture. He has created and performed an expansive range of music from quartets to big bands, chamber music ensembles to symphony orchestras and tap dance to ballet, expanding the vocabulary for jazz and classical music with a vital body of work that places him among the world’s finest musicians and composers.
Always swinging, Marsalis blows his trumpet with a clear tone, a depth of emotion and a unique, virtuosic style derived from an encyclopedic range of trumpet techniques. When you hear Marsalis play, you’re hearing life being played out through music.
Marsalis’ core beliefs and foundation for living are based on the principals of jazz. He promotes individual creativity (improvisation), collective cooperation (swing), gratitude and good manners (sophistication), and faces adversity with persistent optimism (the blues). With his evolved humanity and through his selfless work, Marsalis has elevated the quality of human engagement for individuals, social networks and cultural institutions throughout the world.
Rubén Blades
Panamanian-born Rubén Blades (1948– ), another giant of salsa, is a multi-talented celebrity whose interests range from music to film to politics. He grew up in Panama, the child of professional musicians, and was trained as a lawyer. Cuban music and Beatles songs were his musical inspirations, and anti-US student demonstrations sparked his political awareness. Blades immigrated to New York in 1974 with $100 in his pocket and found a job in the mailroom at Fania Records. He was soon signed by the record label and began to perform as a member of the Fania All Stars, singing alongside trombonist Willie Colón and vocalist Héctor Lavoe. Blades’ first solo Fania record—produced by Colón—established an alliance between the two artists.
When the Blades-Colón partnership ended in 1982, Blades moved to Elektra Records (now Sony). He formed a new synthesizer-flavored band called Seis del Solar (Six from the Tenements) and released a crossover album called Buscando América (Looking for America), which featured doo-wop, reggae, Cuban, and rap influences. Blades’ experimentations with salsa have sometimes employed elements of jazz and rock as well as synthesizers to replace the traditional horn-led sound. He has collaborated with artists as diverse as Joe Jackson and Linda Ronstadt, and in 1988 he released an album in English called Nothing But the Truth. In 1996 he won a Grammy for his album La Rosa de Los Vientos (Rose of the Winds), and two years later sang alongside rising Latin superstar Marc Anthony in Paul Simon’s Broadway musical, The Capeman.
When Blades stresses social and political issues in his lyrics he reflects the Latin American Nueva Canción (New Song) and Cuban Nueva Trova movements, which blend poetry and politics. According to critic Anthony De Palma, “The words Blades sings are not of partying, but of protest, of indignance against greed, corruption, and spiritual sloth.” 19 Blades’ songs have sometimes stirred up controversy. His 1980 song “Tiburón” (Shark) condemned superpowers for interfering with the affairs of smaller countries. Angry conservative listeners interpreted the song as criticism of US involvement in Panama (which it was), and the song was banned on many of Miami’s Latin music radio stations. For a time, Blades even had to wear a bullet-proof vest when performing in the city.
Blades is a multi-talented artist who has pursued multiple career directions. In 1984 he put his music career on hold to study for a master’s degree in international law at Harvard University. Following that he went into film acting and won roles in several major films. Blades also founded a political party in Panama and ran for president in 1994. He came in second with almost a quarter of the vote. He continues to make music, perform, and blend genres. Blades is fully bilingual and translates all the lyrics on his records so that multiple audiences can appreciate the poetry of his work.