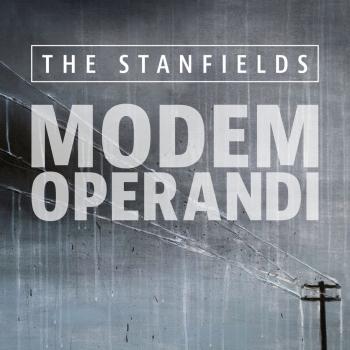 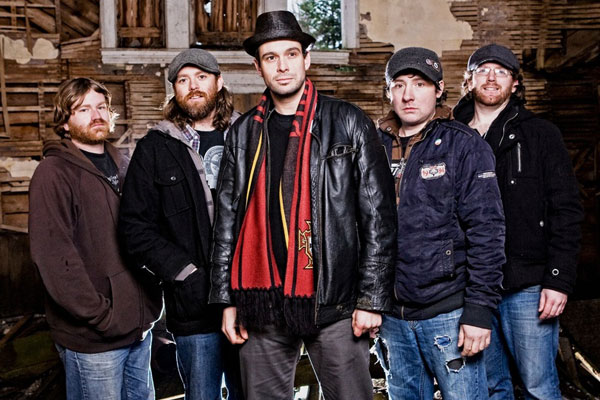 The Stanfields
a maelstrom of rock and roll, bluegrass, celtic and blues. Hailing from the gritty post-industrial towns of Nova Scotia, The Stanfields play every show like it's their collective last night on earth. Their kitchen party harmonies, thunderous rhythm section, high octane stage show and genuine chemistry have won over audiences clear across their tiny corner of the world.
Since forming in the summer of 2008, The Stanfields have wasted no time making their mark on the venerable Atlantic Canadian music scene. They were voted "Best Band to get Trashed to in 2008" by the readers of Halifax weekly The Coast and hailed as "The Clash meets Steve Earle" by Great Big Sea's Sean McCann. With a relentless touring schedule and a list of injuries more akin to a hockey team during the playoffs than your typical rock and roll band, the closing days of 2008 saw the band forge its identity, ready to take their 10 legged gong show into the studio.
Under the guidance of gifted engineer Darren Van Niekerk (Matt Mays, Kaos, Wintersleep), The Stanfields captured their knuckle busting rootsy sound at Halifax's revered Sonic Temple in January 2009. Released as a self titled EP 2 months later to a crazed, packed house on St Patrick's Day, the boys thought it fit to bring in videographer William Hirtle (NS legislature) and Fortress Studio (Jimmy Swift Band, George Canyon) to capture the show and all its madness, both on and off the stage. SNAPHalifax soberly reflected on the Stanfields later; "The enthusiastic, outstanding dynamics of their thundering rock rhythms, bang on Celtic melodies and bringing it back home harmonies and lyrics brought on an energy from the crowd not to be outdone or forgotten".