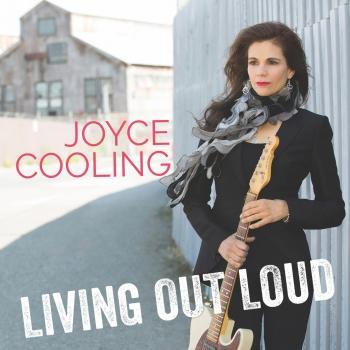 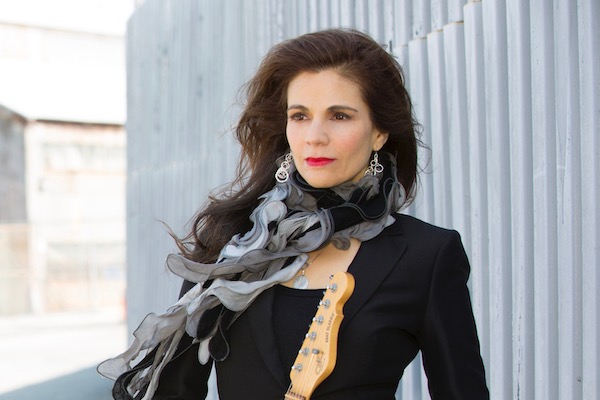 Joyce Cooling
Guitarist, vocalist and songwriter, Joyce Cooling, is best known for her eclectic style and colorful body-moving sound. Funky, soulful, and always original, Joyce Cooling is recognized as one of the most dynamic contemporary jazz guitarists in the world.
Her latest EP, "Living Out Loud," was released September 2019 and rose quickly to #1 on the Amazon Jazz Best Seller list and remained there for a month. The first single, "It's So Amazing" also hit #1 on Amazon Jazz. "Living Out Loud" quickly became the #1 Most Added Contemporary Jazz Album on Billboard and debuted at #3 on the Billboard charts. It rose to #2 on iTunes Jazz.
Joyce, along with producer/keyboardist Jay Wagner, has recorded eight albums - six of which charted on Billboard. She has to her credit two #1 radio singles, seven top 10, and fourteen charting singles in all. She has garnered multiple music awards, including the Gibson Best Jazz Guitarist of the Year, Best New Talent in the Jazziz Reader’s Poll, and was a nominee for the California Music Awards. Joyce was named the Gavin Contemporary Jazz Artist of the Year and has been included in Trufire’s “100+ Gifted Guitarists” list.
Joyce has recorded and performed with such musical giants as Joe Henderson, Stan Getz, Charlie Byrd, Al Jarreau, and Lee Ritenour, and has been an international attraction for over two decades at major clubs and festivals around the world.
Cooling, now based in San Francisco, was raised in New Jersey and New York in a house that was filled with music. Musical influences include everyone from Abbey Lincoln and Wes Montgomery, to James Brown and Frank Zappa, to Ravel, Stravinsky, and Brahms, to Hermeto Pascoal and João Bosco. Cooling proclaims, “I just like good music. There are no boundaries with me.”
Joyce’s teenage years were spent outside of the Village Vanguard and other Manhattan jazz clubs where she heard all of the greats. This proved to be an integral part of her informal musical “schooling” and nurtured her love of groove, melody and harmony.
A self taught guitarist, Cooling learned to play by ear and developed a personal style of finger picking, giving her playing a unique sound and feel. “I was never comfortable with a pick. I couldn’t feel what string I was on so I tossed the pick and played with my fingers.”
Cooling started out as a side person, learning other people’s music to earn a living as a musician, but quickly put together her own band to be able to play her own music. Joyce's collaboration with Jay Wagner proved magical and they began working and songwriting together on a full-time basis. “Songwriting is as much, if not more, a part of who I am as a musician.”
Joyce Cooling has been a national advocate for NAMI (National Alliance on Mental Illness) and other mental health organizations since 2006 when she started her Music for the Mind project to raise money and awareness for mental health.
This year Cooling and Wagner will open the doors to the Rhythm Kitchen, their brand new music space where they write, record, perform, and lots more. “It’s time to have fun getting creative with our musical pals.“ Stay tuned!