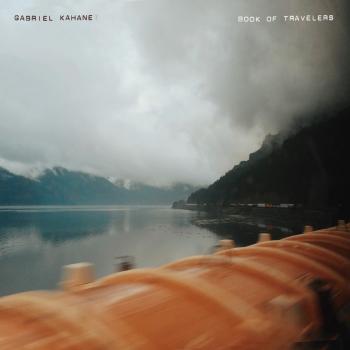 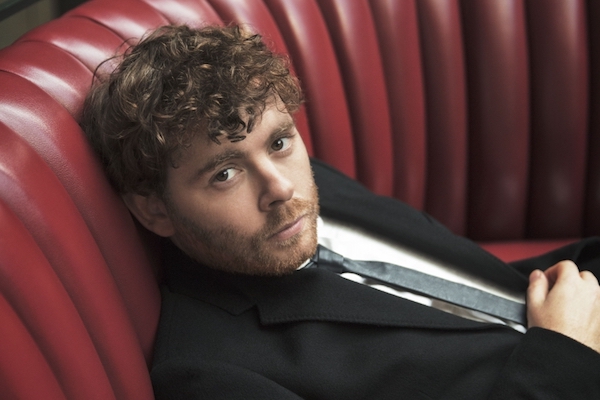 Gabriel Kahane
Composer, pianist, and singer Gabriel Kahane makes his Nonesuch Records debut with the release of Book of Travelers on August 24, 2018; vinyl out September 7. The album comprises a musical travelogue Kahane wrote after the journey he embarked upon the day after the 2016 Presidential election: a looping, 8,980-mile railway journey through the United States. He left behind his cell phone and other internet-connected devices, spending the next two weeks with dozens of strangers whose stories are woven into the cycle. The music is drawn from a longer work that has been performed at Brooklyn Academy of Music (BAM), among other venues, as 8980: Book of Travelers, a production conceived in collaboration with director Daniel Fish and designer Jim Findlay (set and video design) with lighting by Mark Barton. Pre-order Book of Travelers to download the album track "November" now and get a limited-edition signed print.
Kahane wrote in the New York Times of his trip, which he planned before the election, and was going to take regardless of the outcome: "Where much of the digital world finds us sorting ourselves neatly into cultural and ideological silos, the train, in my experience, does precisely the opposite. It also acts, by some numinous, unseen force, as a kind of industrial-strength social lubricant. To be sure, I encountered people whose politics I found abhorrent, dangerous, and destructive, but in just about every instance, there was something about the person's relationship to family, and loyalty to family, that I found deeply moving. That ability to connect across an ideological divide seemed predicated on the fact that we were quite literally breaking bread together. Perhaps it also had something to do with the pace at which we traveled."
Singer-songwriter and composer Gabriel Kahane has recorded critically-acclaimed albums including The Ambassador (called "one of the year's best" by Rolling Stone); The Fiction Issue, an album of his chamber music with string quartet Brooklyn Rider; and Where Are the Arms. The staged version of The Ambassador, directed by Tony-winner John Tiffany, was presented by BAM, CAP UCLA, and Carolina Performing Arts.
As a composer of concert works, Kahane has been commissioned by Carnegie Hall, Los Angeles Philharmonic, Oregon Symphony, American Composers Orchestra, and Orpheus Chamber Orchestra, with whom he toured his WPA-inspired Gabriel's Guide to the 48 States in 2013. He has appeared as soloist with the Los Angeles Chamber Orchestra, Colorado Symphony, the St. Paul Chamber Orchestra, and A Far Cry. An avid theater artist, Kahane's musical February House, with playwright Seth Bockley, premiered at the Public Theater in 2012 and was recorded by the StorySound label. A two-time MacDowell Colony fellow, Kahane has performed and/or recorded with artists ranging from Sufjan Stevens, Andrew Bird, Blake Mills, Chris Thile, and Brad Mehldau, to Jeremy Denk, yMusic, and John Adams. He is a graduate of Brown University and resides in Brooklyn.