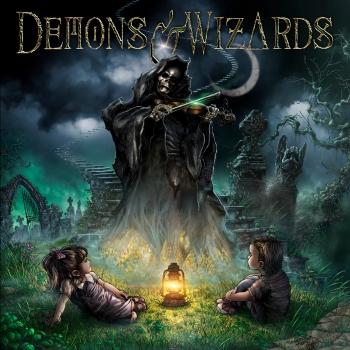 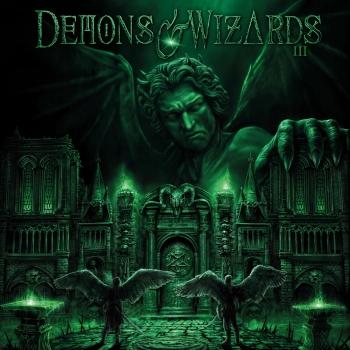 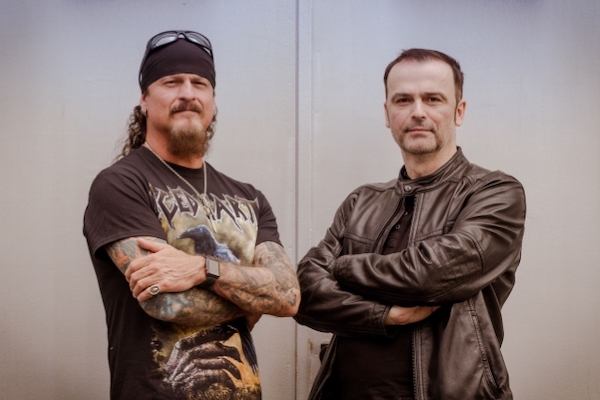 Demon & Wizards
is a power metal band that was conceived as a side project of the metal bands Blind Guardian and Iced Earth. It is made up of the vocalist for Blind Guardian, Hansi Kursch, and the guitarist of Iced Earth, Jon Schaffer. Schaffer writes the music and Kürsch writes the lyrics. The band's line-up during the recording of their first album in 1999 also featured Mark Prator, who was the drummer on a few Iced Earth albums, and Jim Morris doing most of the guitar solos, Morris also having worked with Iced Earth in the past.
The original goal of the band was to forge the different musical styles of both Iced Earth's dark melodies and Blind Guardian's powerful vocals into one sound. In fact, according to the musicians, the band name is meant to describe the two styles: the self-proclaimed demon-like themes and sounds of Iced Earth and wizard-like themes and sounds of Blind Guardian (the moniker "Demons & Wizards" was inspired by Schaffer's wife always referring to him and Hansi as "Demons and Angels". Hansi always corrected her, since he claims to "not be at all angelic", and that it is more properly stated "Demons and Wizards", in reference to Uriah Heep's album of the same name). The band met with a fair deal of commercial success, though not as much as either of their individual bands.
The idea for the band arose in the spring of 1997 when Kürsch and Schaffer wanted to make music together, after being friends for several years.