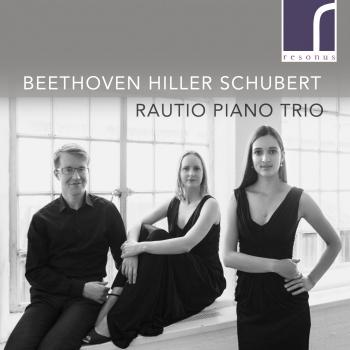 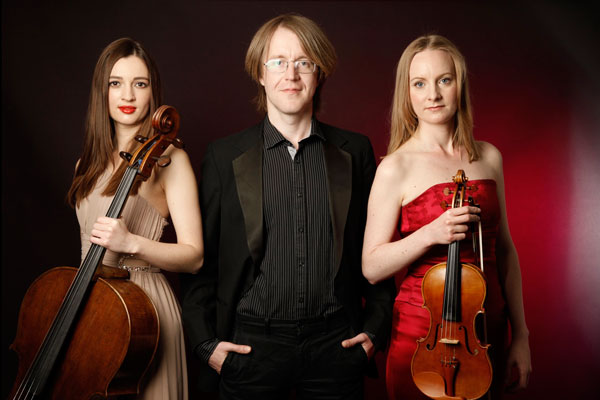 Rautio Piano Trio
The award-winning Rautio Piano Trio is one of Britain’s most dynamic chamber ensembles, critically acclaimed for their innovative programming and captivating performances. The Trio give highly imaginative concerts incorporating rarely performed works with the cornerstones of the repertoire, and regularly use historical instruments for their performances of 18th and 19th century music. In June they released a disc of Mozart Piano Trios with Resonus Classics, hailed by the Observer as ‘an impressive achievement’. This was recorded on a fortepiano belonging to the late Christopher Hogwood.
The Rautio Trio have given multiple performances at the Wigmore Hall’s Young Artists Series and concerts at the South Bank, Bridgewater Hall, live on BBC Radio 3, throughout the UK and in France, Austria, Germany and Israel. This season the Trio are exploring the often neglected trios of Johann Christian Bach (the ‘London Bach’) which they first performed for the London Bach Society BachFest in 2014. A Mendelssohn and JC Bach cycle featured in spring 2016 with double concerts at the Cobbe Collection of historical instruments and at St George’s Bristol.
The Rautio Trio also regularly perform 20th century and contemporary music. In 2015 they gave a special Shostakovich concert at Kings Place, ‘Approaching the Iron Curtain’, where they celebrated the composer’s life and music on the 40th anniversary of his death. Other highlights include performing at the Hambacher Musikfest in Germany, SOUND contemporary music festival in Scotland, English Haydn Festival, Pablo Casals Festival in France and at the Haydn-Saal in Vienna. The Trio curate Chamber Music Chiswick, a series of concerts in West London launched this year.
The Rautio Piano Trio was formed at the Royal Academy of Music and IMS Prussia Cove. They have been recipients of numerous awards from the Tillett Trust, Worshipful Company of Musicians, Park Land Group, Musician’s Benevolent Fund Ensemble Award, English Speaking Union and held a Leverhulme Chamber Music Fellowship at the Royal Academy of Music.