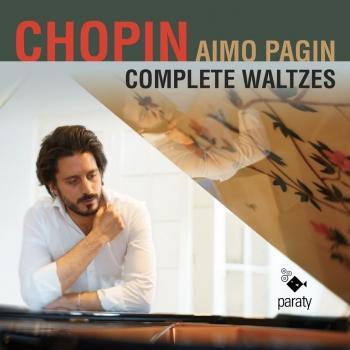 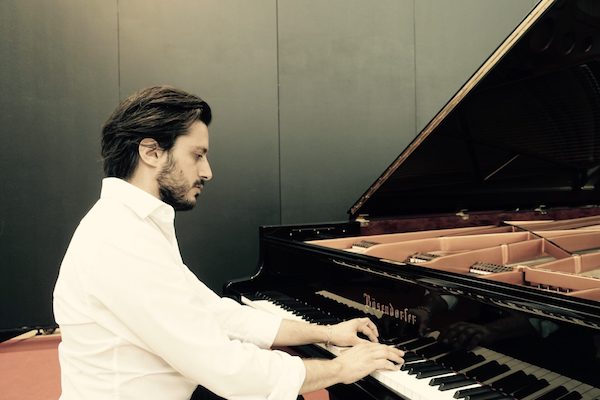 Aimo Pagin
is one of the most important French pianists of his generation and is at home with solo and orchestral concerts on the largest podiums in the world. He was born in 1983 and received lessons at the age of seven at the Conservatory of Strasbourg with F. CLAUSTRE. Later he moved to the Conservatory of Colmar in the class of RENA SHERESHEVSKAYA.
In 2001 he came to the Conservatoire Superieur de musique de Genève, where he studied for three years with DOMINIQUE MERLET and graduated with a soloist diploma. He then went to the USA to work with the legendary pianist and piano pedagogue LEON FLEISHER.
He received further inspiration from RADU LUPU, MURRAY PERAHIA, ANDRAS SCHIFF, DAVID ZINMAN, DIMITRI BASHKIROV, MARIA TIPO, VLADIMIR FELTSMAN, PASCAL ROGE, and after graduating in 2004 began his continual rise to the world elite. At the age of 14 he won the 1st prize of the CONCOURS MUSICAL DE FRANCE. Since then he has won numerous prizes and awards in international piano competitions. Worthy of mention are the 3rd prize in the ENESCU international competition (Bucharest 2005), the 1st prize in the “Pemio pianistico PAUSILYPON” (Napoli 2006), the 3rd prize in the international competition “SULMONA” (2007), the 2nd prize in the ” Concorso pianistico di Tolmezzo »(2009) 2nd prize in« FERROL »international competition (Spain 2007), 2nd prize in« Premio Fausto Zadra »(Abano Terme 2010), 1st prize in« PREMIO PALMA D’ORO »(2010) ..
His interpretations of the classical, romantic and repertoire of the 20th century are always well received by the press and the public. Since then, Aimo Pagin’s career has been accelerating rapidly.
He performs in New York’s Carnegie Hall, the Amsterdamer Concertgebouw, the Beethoven-Haus Bonn, the Societa dei Concerti Milano, the Tonhalle Zurich, the Palais des Beaux-Arts Bruxelles, the Esplanade Concert Hall (Singapore) and plays numerous renowned festivals such as the Festival de Radio-France Montpellier, Nuits musicales en Armagnac, Chopin Paris Festival, Musicales du Lubéron, St-Jean Cap Ferrat Festival, Ushuaia International Music Festival, Chopin Society Hannover, Mendelssohn Music Week Wengen, Schleswig Holstein Music Festival, Tibor Varga Festival Sion.
He performs with internationally renowned orchestras such as the Bucharest Philharmonic, Orchester National de Montpellier, NSO (New Symphony Orchestra), Berliner Symphoniker. With his mother, the great violinist SILVIA MARCOVICI, he gives regular chamber music concerts. Aimo Pagin recently jumped for the sick RADU LUPU in a concert with the Bucharest Philharmonic.
He has also recently performed the Swiss premiere of the Liszt Piano Concerto n.3, with the Symphony Orchestra Biel / Solothurn under Kaspar Zehnder. Radio recordings were made in collaboration with Südwestrundfunk and the BBC London. In September 2011, his first CD appeared in the trade, and contains piano pieces by the Norwegian composer Martin ROMBERG.
He now lives in Vienna and has officially become a Bösendorfer artist since May 2019, and in collaboration with the renowned piano house, French label PARATY (Paris) publishes Aimo Pagin’s second solo album with all the waltzes by F. Chopin.