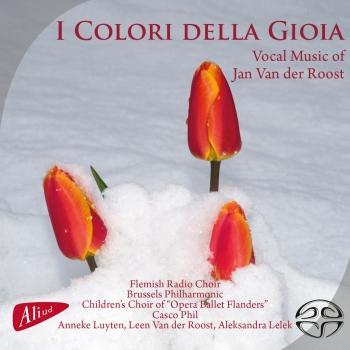 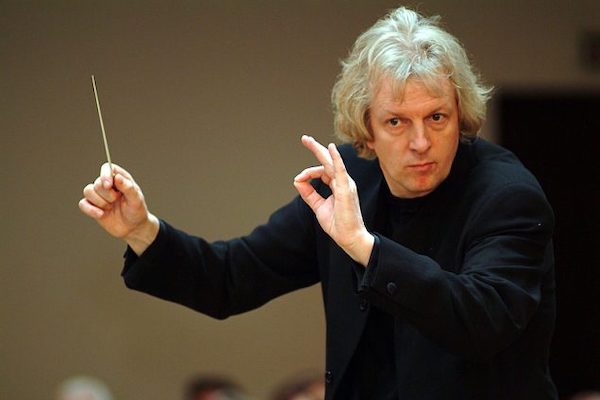 Flemisch Radio Choir
The Vlaams Radio Koor (Flemish Radio Choir) was founded in 1937 by the Belgian public broadcaster of the day. Today it has become a choir of exceptionally high quality that counts both domestically and internationally among the top ensembles. The 24 professional singers rehearse under the baton of chief conductor Hervé Niquet in Studio 1 of the well-known Flagey building in Brussels, and perform throughout Flanders and Europe.
The Brussels Philharmonic
was founded in 1935 by the Belgian public broadcaster (NIR/INR). Over the years, the orchestra has performed with many top conductors and soloists. It enjoys an excellent reputation for performing premieres of new works and has collaborated with world-renowned composers such as Bartók, Stravinsky, Messiaen and Francesconi.
The orchestra’s historic home port is the Flagey building, where it rehearses and performs in Studio 4 – in acoustic terms one of the top concert halls in the world – and which serves as its home base for concerts in Brussels, Flanders and Europe.
Jan Van der Roost
was born in Duffel, Belgium, in 1956. At a very young age he was introduced to the prominent names in the concert band, fanfare band and brass band repertoire which inspired him to put something on paper himself. He studied trombone, music history and musical education at the Lemmensinstituut in Leuven (Louvain). He continued his studies at the Royal Conservatoires of Ghent and Antwerp, where he qualified as a conductor and a composer.
Jan Van der Roost currently teaches at the Lemmensinstituut in Leuven (Belgium), is special visiting professor at the Shobi Institute of Music in Tokyo, guest professor at the Nagoya University of Art and guest professor at Senzoku Gakuen in Kawasaki (Japan). Besides being a prolific composer he is also very much in demand as an adjudicator, lecturer, holder of clinics and guest conductor. His musical activities have taken place in more than 45 countries in four continents and his compositions have been performed and recorded around the world.
Early in 2001, a CD containing four of his works for chamber orchestra was released by EMI Classics and the Slovakian Radio Symphony Orchestra (Bratislava) recorded three of his compositions which were released on CD in early 2003 by the German label Valve-Hearts. In 2004, Phaedra Records produced another classical CD of his compositions, containing solo concertos for trumpet, guitar and horn. The famous Sofia Soloists (BG) recorded his Concerto Doppio on the Dutch label Aliud Records and the Polish Radio Choir released a CD containing his Contemplations for choir and organ in 2012. In 2013, the prestigious American label Parma Records released the CD Sirius, featuring the St. Petersburg State Symphony Orchestra and containing three of his orchestral works. Many other prestigious professional ensembles such as the Vancouver Symphony Orchestra (Canada), the Simon Bolivar Symphony Orchestra (Venezuela), the Nippon Yomiuri Symphony Orchestra (Japan), the Lithuanian Chamber Orchestra, the Polish Radio Choir and the Orchestre Philharmonique de Luxembourg (to name just a few) have performed and/or recorded his music. Early in 2014, his Sinfonia Hungarica and From Ancient Times were released on a NAXOS CD and in 2015 three more of his major works have been released on the same label: Spartacus, Poeme Montagnard and Sinfonietta, performed by the Philharmonic Winds Osakan of Japan, conducted by the composer.
His list of works covers a wide variety of genres and styles, including two oratorios, a children’s opera, a cantata, a symphony and some smaller works for symphony orchestra, a guitar concerto (dedicated to Joaquin Rodrigo), a concerto for trumpet and string orchestra (dedicated to and commissioned by the Norwegian virtuoso Ole Edvard Antonsen), a double concerto for two clarinets and string orchestra (dedicated to Walter and Anne Boeykens), a concerto for clarinet and symphony orchestra (commissioned by and dedicated to Eddy Vanoosthuyse), Images for alto saxophone and chamber orchestra, a lieder cycle for baritone and chamber orchestra, works for strings and chamber orchestra, chamber music, numerous brass band and concert band compositions (including Sinfonia Hungarica, a three-movement symphony for large concert band and Sinfonietta), choral music and instrumental solos. Many of these compositions have been broadcast on radio and TV in many countries and most of them have been recorded on CD by renowned performers. Jan Van der Roost exclusively composes commissioned works, with commissions coming from Belgium, Holland, Switzerland, Italy, the USA, Japan, Spain, France, Singapore, Austria, Canada, Norway, Germany, Brazil, Finland, Luxembourg, Hungary, Colombia, Croatia and England.