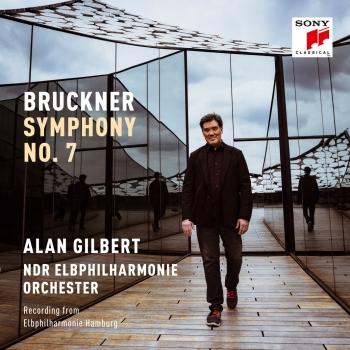 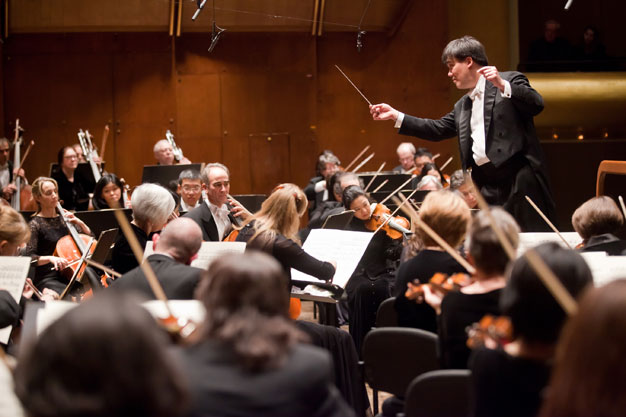 Alan Gilbert
Musical Director of The Yoko Nagae Ceschina Chair, began his tenure at the New York Philharmonic in September 2009, launching what New York magazine called "a fresh future for the Philharmonic." The first native New Yorker in the post, he has introduced the positions of The Marie-Josée Kravis Composer-in-Residence and The Mary and James G. Wallach Artist-in-Residence, an annual three-week festival, and CONTACT!, the new-music series, and has sought to make the Orchestra a point of civic pride for the city as well as for the country.
Mr. Gilbert has brought to the Philharmonic a fresh approach to programming that embraces works spanning world premieres and pillars of the repertoire, combined to reveal fresh perspectives on both the new and the established. He regularly joins the musicians in chamber music as violinist or violist, and made his Philharmonic soloist debut in October 2011. He has led the Orchestra on tours to Asia, Europe, and California; in appearances at Carnegie Hall and at the Park Avenue Armory, in a program featuring Stockhausen's Gruppen; and in acclaimed productions of Ligeti's Le Grand Macabre and Janáček's The Cunning Little Vixen.
Alan Gilbert is Director of Conducting and Orchestral Studies and holds the William Schuman Chair in Musical Studies at The Juilliard School. Conductor Laureate of the Royal Stockholm Philharmonic Orchestra and Principal Guest Conductor of Hamburg's NDR Symphony Orchestra, he regularly conducts leading orchestras around the world. He made his acclaimed Metropolitan Opera debut conducting John Adams's Doctor Atomic i n 2008, the DVD of which received a Grammy Award. His recordings have also received top honors from the Chicago Tribune and Gramophone magazine. In May 2010 Mr. Gilbert received an Honorary Doctor of Music degree from The Curtis Institute of Music, and in December 2011, Columbia University's Ditson Conductor's Award for his "exceptional commitment to the performance of works by American composers and to contemporary music."