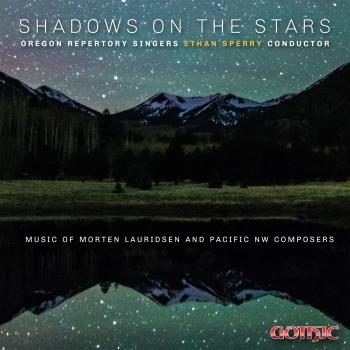 Shadows on the Stars 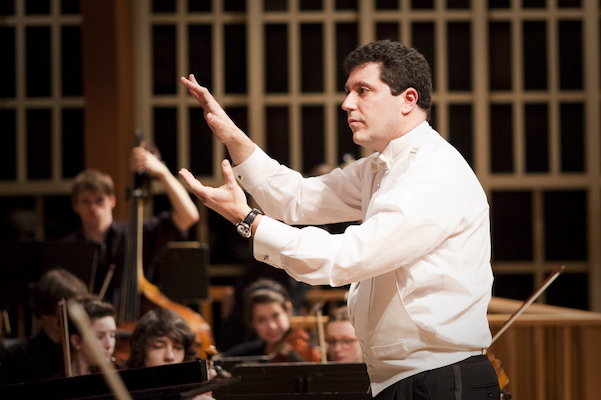 Ethan Sperry
Hailed by The Oregonian for providing “the finest choral concerts in Portland in recent memory,” Ethan Sperry is has been the Artistic Director and Conductor of Oregon Repertory Singers since 2011. Sperry began studying conducting at the age of eight, cello at the age of twelve, and singing at the age of eighteen. He has earned a bachelor’s degree in Philosophy from Harvard College and Masters and Doctoral degrees in Choral Conducting from the University of Southern California.
Ensembles under his direction have toured to Bermuda, Canada, China, Estonia, Finland, France, Germany, Guadeloupe, Italy, Jamaica, Japan, Korea, Luxembourg, Puerto Rico, Russia, and Taiwan, and have performed at major venues in the United States including The Hollywood Bowl, The Kennedy Center, The Washington National Cathedral, St. Patrick’s Cathedral in New York City, The Nassau Coliseum, Cincinnati’s Music Hall, Boston’s Symphony Hall, and the United Nations. He recently led the Portland State Chamber Choir to victory as the first American choir ever to win the prestigious Seghizzi International Competition for Choral Singing in Italy, and led Oregon Repertory Singers to place second in the folk music category at the 2014 International Musical Eisteddfod in Wales, the oldest choral competition in the world.
A prolific arranger of World Music for choirs, Dr. Sperry is the editor of the Global Rhythms series for Earthsongs Music, one of the best-selling choral series in the country. Sperry is also a frequent collaborator with film composer AR Rahman and has appeared as a guest conductor for him numerous times including at Bollywood Night at the Hollywood Bowl and the 2008 Filmfare Awards, the Indian equivalent of the Oscars. He also serves as a consultant for the KM Music Conservatory in Chennai, the first classical music school in India, which opened in 2009. Dr. Sperry was the 2016 Distinguished Artist at the Civitella Ranieri in Italy. He is also Director of Choral Activities at Portland State University, where he conducts the world-renowned Chamber Choir and University Choir and leads undergraduate and graduate programs in conducting.
Oregon Repertory Singers
is a premier choral arts 501(c)3 nonprofit organization founded in 1974. We consist of a professional-caliber adult choir that performs three annual programs, and an education and performance-based youth choir music program unmatched in the region for children ages 4-18.
The Oregon Repertory Singers, our adult choir, presents repertoire both rare and recognizable, encompassing a multitude of eras, languages and musical styles. With over 90 members, our close community of singers comes from all walks of life and many different communities throughout NW Oregon and SW Washington. We are both experienced and versatile, performing a wide variety of programming that promotes music from the newest generation of great composers alongside celebrated choral masterworks and music from other cultures and countries. Our performances leave audiences inspired and breathless.
The Oregon Repertory Singers Youth Choirs (ORSYC) were established in 1994 to provide music education and choral performance opportunities for children (ages 4 to 18) in the greater Portland and SW Washington areas. We know that children who sing in choirs do better in school, make friends and build skills that benefit them throughout their lives. Our fun and engaging program uses the Kodaly method to teach students to sing what they see and write what they hear. The youth choirs, including four age appropriate co-ed choirs and two specialized groups, perform several entertaining concerts throughout the year.