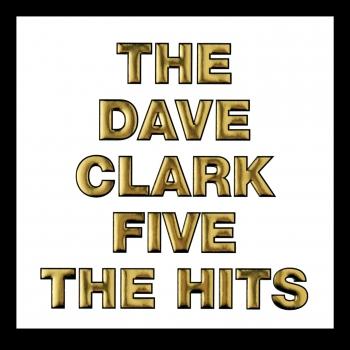 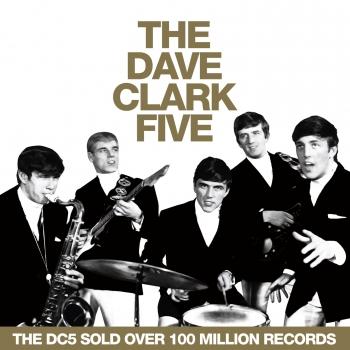 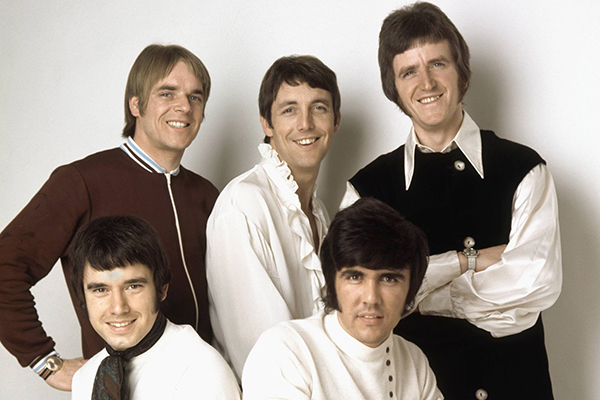 The Dave Clark Five
are usually compared with their British contemporaries, the Beatles. Though clearly not in the same league, they don't deserve to be completely dismissed.
The London based DC5 got together in the early 60's in the hopes of raising money for their football club so they could play some matches on the continent. Forming around drummer Dave Clark, the group featured Mike Smith on keyboards and vocals. By '63, as the Beatles were tearing up England, the DC 5 signed a recording contract. Their first hit was a cover of the Contour's "Do You Love Me" but the big news came months later when "Glad All Over" displaced the Beatles "I Want To Hold Your Hand" at #1. The London press predicted the "Liverpool fad" would be replaced by the Tottenham (DC5's London stomping ground) Sound. It was utter nonsense. "I Want To Hold Your Hand" couldn't stay on top forever. Something had to replace it.
"Catch Us If You Can," "Can't You See That She's Mine" and "Bits and Pieces" were among the DC5's best Rockers. The group, thanks to extensive TV exposure, kept going strong through '66 (a long run in Rock n' Roll years). They even made a decent movie "Having A Wild Weekend."
The other notable thing about the DC5 was Dave Clark himself. Rockers have been consistently cheated out of royalties or made horrendous investments. Both the Beatles and Rolling Stones lost huge sums (even though Mick Jagger was an economics student). But they earned so much the loss wasn't fatal - but pretty close. Lesser bands, usually found themselves broke shortly after the hits stopped. Some even before. Dave Clark owned exclusive rights to his group's recordings and managed them extraordinarily well. When the plug was pulled on the landmark British music show "Ready, Steady, Go!" Clark bought the program rights. The show contained performances by his band and just about every major and minor Rock act from the mid-60's. Doling out the music footage was another Clark moneymaker.
As the late-60's dawned the straight-ahead Rock of the DC5 was woefully out of fashion. Also, the group made some bad song choices. The DC5 were probably the only group with all its members surviving the 60's not to play the revival circuit. The reason was simple; Clark didn't need the money.