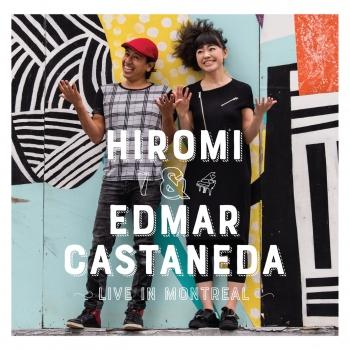 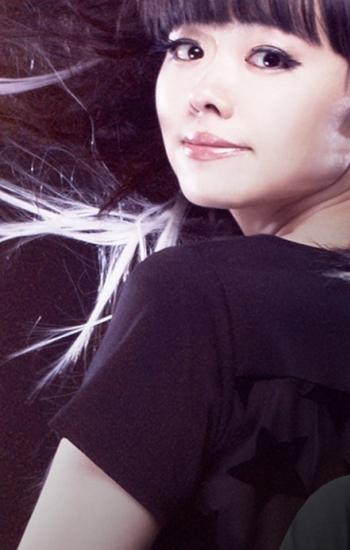 Hiromi
Born in Hamamatsu, Shizuoka, Japan on March 26, 1979, Hiromi’s piano lesson’s started when she was six, and she performed her first recital at that age. Her first teacher, Noriko Hikida, encouraged her to access both the intuitive and technical aspects of music. “Her energy was always so high, and she was so emotional,” Hiromi says of Hikida. “When she wanted me to play with a certain kind of dynamics, she wouldn’t say it with technical terms. If the piece was something passionate, she would say, ‘Play red.’ Or if it was something mellow, she would say, ‘Play blue.’ I could really play from my heart that way, and not just from my ears.”
Hikida also exposed Hiromi to jazz and introduced her to the great pianist Errol Garner and Oscar Peterson. She enrolled in the Yamaha School of Music at age six, and started to write music at same time.
Edmar Castaneda
"The Colombian plays the harp like hardly anyone else on earth. His hands, seemingly powered by two different people, produce a totally unique, symphonic fullness of sound, a rapid-fire of chords, balance of melodic figures and drive, served with euphoric Latin American rhythms, and the improvisatory freedom of a trained jazz musician...captivating virtuosity, but in no way only virtuosity for its own sake." - Frankfurter Allgemeine Zeitung
"Mr. Castañeda strummed, plucked, rubbed, jabbed and pounded on his cobalt blue Llanera harp as he conjured different shaped notes, harmonic textures and steady bass rhythms from the instrument's 34 strings. About the only thing he didn't do was light it on fire." - Wall St Journal
Edmar Castaneda was born in 1978, in the city of Bogotá, Colombia. Since his move to the United States in 1994, he has taken New York and the world stage by storm with his virtuosic command of the harp - revolutionizing the way audiences and critics alike consider the instrument. A master of beautifully complex timing, lush colors and dynamic spirit, Edmar has been called “almost a world unto himself” -The New York Times.
The legendary Paquito D’Rivera, Edmar’s frequent collaborator, describes him as "an enormous talent. With his versatility and enchanting charisma, he has taken his harp out of the shadows, and become one of the most original musicians in the Big Apple.”
Not unlike other exceptional musicians who have transformed their lives through art, Castaneda’s journey has humble, inspiring beginnings. The son of a musician and a mother who nurtured Edmar’s obvious natural talents, he embraced the noble folkloric traditions of his native Colombia. The joropo dance classes he attended with his sister were a masterclass in movement, accompanied by the harp. In the mid-1990s, he moved to New York, and studied jazz trumpet, before returning to the harp. Today, on stages all over the world, it is remarkable how Edmar’s body engulfs his Colombian harp as he crafts almost unbelievable feats of cross- rhythms, layered with chordal nuances to rival even the most celebrated flamenco guitarists, and an incredible blend of musical influences.
"His music draws on the traditional joropo music of the grasslands he absorbed early, as well as tango, Brazilian and flamenco guitar, West African kora and virtuoso jazz pianists like Art Tatum. That's a fascinating mix, but his technique is the real astonishment. Castañeda juggles lead, rhythm and bass lines, using a variety of hard and soft string attacks to keep those voices distinct — all without giving up the groove." - NPR Music
Edmar Castaneda's performing career has recently included feature spots at Paquito D’Rivera’s Carnegie Hall tribute, the DC Jazz Festival, Jazz at Lincoln Center, the John F. Kennedy Center for the Performing Arts, the Tanglewood Jazz Festival, the 10th World Harp Congress, and numerous other dates with artists such as D’Rivera, Wynton Marsalis and the Jazz at Lincoln Center Orchestra, John Scofield, Chico O’Farrill‘s Afro- Cuban Jazz Big Band, John Patitucci, and many more. Edmar has been Marcus Miller’s special guest, and he has also opened for Ricki Lee Jones, Diana Krall, The Yellowjackets, & Paco De Lucia.
A committed teacher, Edmar's residencies have included a week long initiative and performance at The Banff Centre with fellow faculty member Dave Douglas and other jazz luminaries, as well as an interactive workshop at the Berklee College of Music. This focused on Latin culture, culminating in a full-on tribute to the late great Mambo King, Israel "Cachao" López. He is frequently invited to give masterclasses and workshops in diverse musical contexts worldwide, and is also increasingly recognized as a composer.
Edmar has released three recordings, collaborating with artists such as John Scofield, Gonzalo Rubalcaba, Miguel Zenon and Marshall Gilkes, and catching the attention of reviewers and legions of fans alike. His latest album, "Double Portion", was described as "redefining depth, skill and emotion" by Rob Young in Urban Flux Magazine. About his previous disc, "Entre Cuerdas", Jeff Tamarkin wrote in JazzTimes "it is hard to imagine the Colombian musician has much contemporary competition. That the harp sounds so natural in this context makes you wonder why so few have thought to utilize this many-stringed instrument as a viable lead instrument."
Together with the French manufacturers, Camac Harps, Edmar Castaneda has developed a new instrument. The E C Llanera is a state-of-the-art version of the traditional arpa llanera of Colombia and Venezuela. Alongside its many structural improvements, it is also the first llanera harp with levers. This increase the instrument's potential for chromaticism and unlocks new musical potential for the instrument and Latin American music.