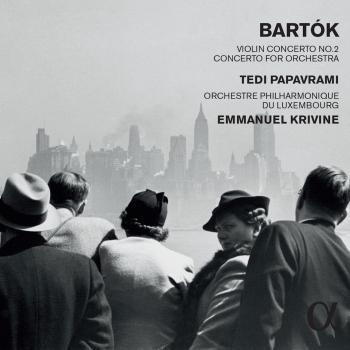 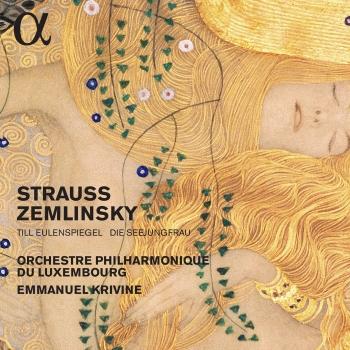 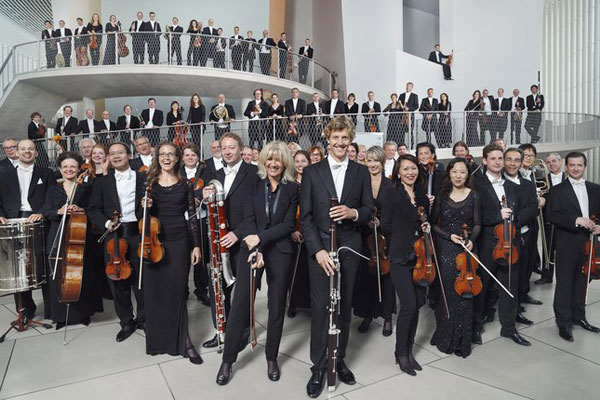 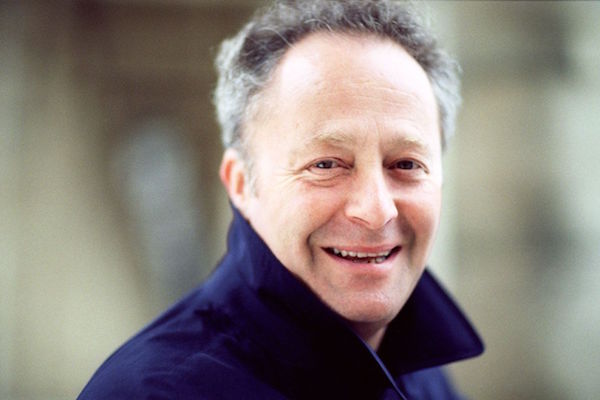 Orchestre Philharmonique du Luxembourg (OPL)
Since its inauguration in 2005, Philharmonie Luxembourg is the home of the OPL. Since January 2012 they have been a single entity. The exceptional acoustics of the Philharmonie have been praised by the outstanding orchestras, conductors and soloists from all over the world who feature in its programme season after season. Based in this exceptional concert hall, the OPL and its new Music Director Gustavo Gimeno are continuously developing close relationships with many European halls and music festivals. Its elegant sound and regular performances outside its home country carry the orchestra’s and the Philharmonie’s reputation far beyond Luxembourg.
Emmanuel Krivine
has conducted the world’s finest orchestras, including the Berliner Philharmoniker, Royal Concertgebouw, London Symphony, London Philharmonic, Gewandhausorchester Leipzig, Tonhalle-Orchester Zürich and Chamber Orchestra of Europe. In North America, he has conducted the Cleveland, Philadelphia, Boston Symphony, National Symphony and Los Angeles Philharmonic orchestras. In Australia he has worked with the Sydney Symphony and Melbourne Symphony orchestras, and in Asia with the NHK Symphony and Yomiuri Nippon Symphony orchestras. From 2006 to 2014, Krivine was Music Director of the Orchestre Philharmonique du Luxembourg and took up the post of Principal Guest Conductor of the Scottish Chamber Orchestra in 2015. He makes his debut with the Chicago Symphony Orchestra in the 2016/17 season.
Krivine and La Chambre Philharmonique have gained recognition with their award-winning recordings on Naïve, including most recently their complete set of Beethoven symphonies (Gramophone Editor’s Choice). His notable discography also includes recordings with the Orchestre Philharmonique du Luxembourg (on Timpani and Zig-Zag Territoires), Chamber Orchestra of Europe and Maria João Pires (on Deutsche Grammophon), London Symphony Orchestra and Vadim Repin (on Erato) and Orchestre National de Lyon (on Naïve).
Born in Grenoble, France, from Russian descent through his father and Polish through his mother, Emmanuel Krivine began his career as a violinist at a young age. Awarded the Premier Prix of the Paris Conservatoire at the age of 16, he then became a scholar at the Chapelle Musicale Reine Elisabeth in Belgium and studied with Henryk Szeryng and Yehudi Menuhin, winning many prestigious awards. After a decisive meeting with Karl Böhm in 1965, he increasingly devoted himself to conducting. He was Principal Guest Conductor of the Orchestre Philharmonique de Radio France from 1976 until 1983, and then became Music Director of the Orchestre National de Lyon from 1987 until 2000. He also served as Music Director of the Orchestre Français des Jeunes for eleven years between 1984 and 2004, and more recently as Principal Guest Conductor of the Barcelona Symphony Orchestra.