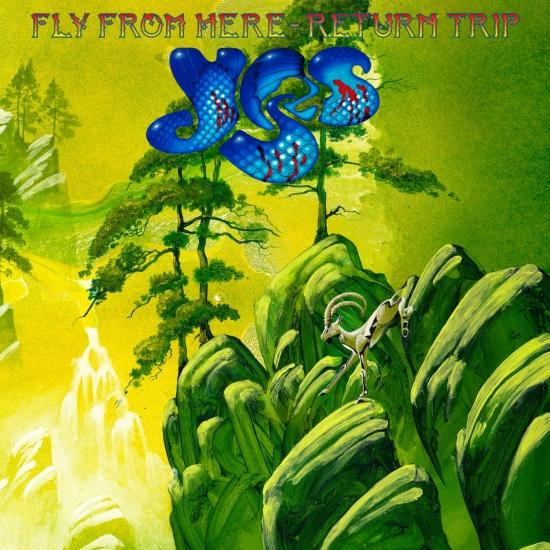 Prog rock icons YES have released a brand-new mix of their album Fly From Here – Return Trip, featuring the Drama line-up and new lead vocals by Trevor Horn, to coincide with their 50th Anniversary celebrations.
‘Return Trip’ is a 2018 remix and remaster of Fly from Here with new vocals from Trevor Horn throughout, Fly from Here was YES’ twentieth studio album. Their first studio album since Magnification (2001). The ‘Fly From Here lineup’ of David, Downes, bassist Chris Squire, guitarist Steve Howe and drummer Alan White was produced by Trevor Horn, who was the singer on Drama, and who had previously produced 90125 (1983) and a few tracks on Big Generator (1987).
The album originated from a conversation between producer Trevor Horn and YES bassist Chris Squire, who re-discovered the song ‘Fly From Here’ from the ‘Drama’ sessions and realized that it had never been recorded in a studio. “Chris and I were talking one evening about the song ‘Fly From Here’ that we never recorded,” explained Horn. “I said I was prepared to spend two weeks with YES recording that song. When I arrived in America to record it, I was taken prisoner by the band and only allowed my freedom again in return for producing the whole album. It was an offer I couldn’t refuse!”
Trevor Horn says: “I really enjoyed listening to Alan and Chris playing together again. Finishing off the album was a labour of love.”
Trevor Horn, vocals, keyboards, backing vocals
Chris Squire, bass, vocals
Steve Howe, guitar, vocals
Alan White, drums
Geoff Downes, keyboards
Oliver Wakeman, keyboards (tracks 2, 6, 9)
Luis Jardim, percussion
Gerard Johnson, piano (track 7)
Produced by Trevor Horn
Digitally remastered