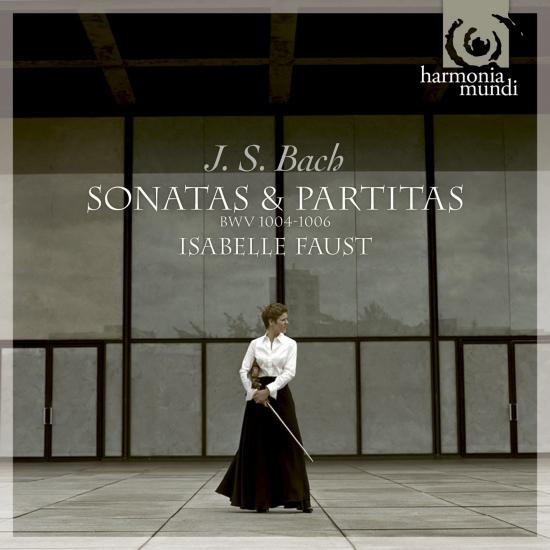 Isabelle Faust has gone back to the original manuscript sources to offer us her versions of these iconic masterpieces of the violin repertoire. In Bach s time, music for solo instruments was still little explored territory, and his Sonatas and Partitas immediately established themselves as a benchmark, technically challenging and brimming with creativity.
'What does it take to justify another new recording of Bach's solo violin Sonatas and Partitas? A performance that refines other approaches? An exciting and idiosyncratic new angle that will throw all of the others into question? Or simply the realization that this music has not yet given up all of its secrets.
I heard Jennifer Koh play BWV 1004 'live' two months ago in Amherst College's Buckley Recital Hall, the first time I'd heard this music in a long time, and was first surprised and then transported: I thought I had used this work up. I announced to myself and the person next to me, who agreed, that this was the most moving performance of the work I'd ever heard. I couldn't say why or what caused it to stand apart. Just that it made time stop and the world go away, the usual report we give about such experiences. A 'live' performance can do that sometimes - and there are lots of factors involved, not least that a musician is more likely to just let it go, transcend herself, in a performance that's just for an occasion, not being recorded for all time.
I sought out Isabelle Faust's new Bach release because Ms. Koh had put me back on the Bach Sonata and Partita hunt again, which is comparable to the Bach Cello Suites hunt and the Goldberg Variations hunt. I daringly sought to make the magic recur. I like what Faust has done with Bartok and more recently with Beethoven. I had no particular expectations for her Bach, but it wouldn't have mattered if I had. Because, in a distinctly different but equally compelling way, Faust's recorded performance matched the power of Koh's 'live' one, throwing aside any expectations I might have had. Where Koh had passion and forward momentum, Faust has an extraordinary combination of beauty and control. She is 'classical' in the best sense. If there is anything obvious going on in this recording that can be singled out, it may be the slightly slower tempos, which seem to give phrases, even individual notes, emotionally longer lives, time to take and hold us. Bach almost always benefits from deliberate rather than hurried or even uneven tempos. What this kind of approach sometimes gives away moment by moment in immediate expressiveness, it more than gains back in overall accumulated power. And the power is truly here. And so I captured the very thing we hope for in such hunts, the sense of having heard something again for the first time. Twice in two months.
There is no need to itemize Faust's individual performances of the three works here. Rather, I'll just urge you not to miss this release and to wait impatiently for its companion CD to complete the oeuvre.' (Bob Neill, Positive Feedback)
'Violinist Isabelle Faust says that the first thing that strikes you as you look at Bach's solo violin manuscripts is the 'calligraphic beauty and perfection,' opening up 'a universe of pure aesthetics.' And, while starting with the manuscript may sound scholarly, it led to the creation of a highly personal account of these pieces, as any performance of them ultimately must be. Full-bodied at times, delicate at others, and always with a seemingly inevitable sense of pace, this recording is not to be missed.'
Isabelle Faust, violin 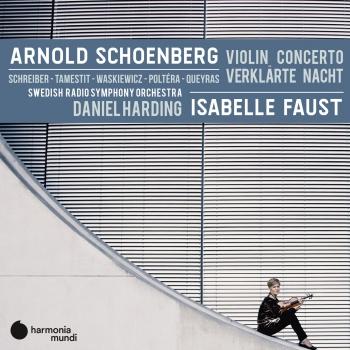 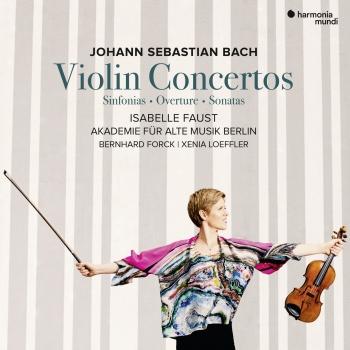 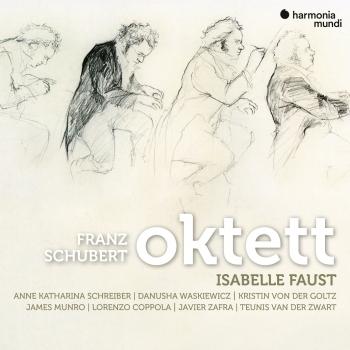 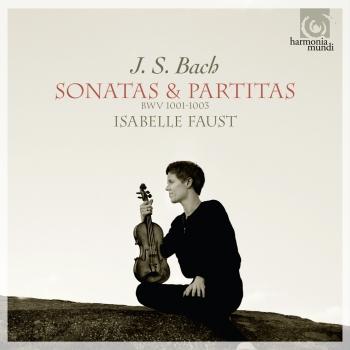 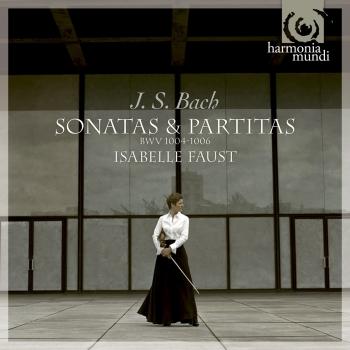