A Quick One (Stereo Version) The Who 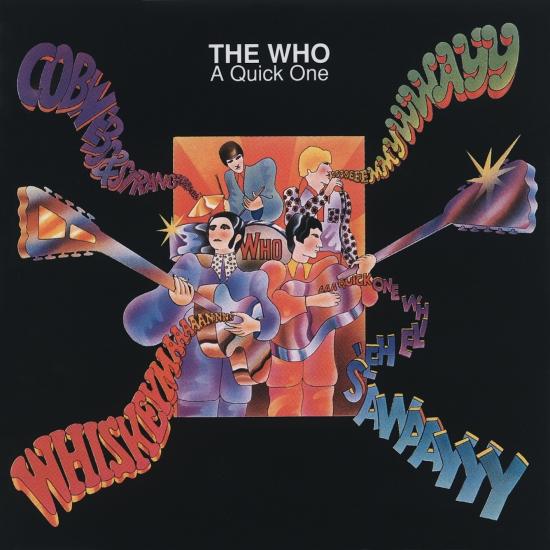 Info for A Quick One (Stereo Version)

This HighResAudio reissue of 'A Quick One' includes the original British album along with three B-sides (I've Been Away' and 'In The City') tracks. 'A Quick One' was first released in the U.S. in 1967 under the title 'Happy Jack', with the single 'Happy Jack' replacing the British album track 'Heatwave.' A pivotal album in the early career of The Who, 'A Quick One' is the bridge between the band's original incarnation as a hard rockin' mod pop group and its subsequent, more ambitious, experimental phase.
The album is also notable because it's centerpiece, 'A Quick One, While He's Away,' represents Pete Townshend's first attempt at 'rock opera,' a form which he and The Who would later perfect on TOMMY and QUADROPHENIA. The ten-minute track contains all the elements of the trademark Who style--complex arrangements and vocal harmonies, alternating heavy electric and light acoustic passages and a preoccupation with issues of morality and sexuality.
Also interesting is the fact that 'A Quick One' includes, in addition to several Townshend masterpieces, one Roger Daltrey tune and two excellent songs each from both John Entwistle and Keith Moon. The Entwistle-penned tracks ('Whiskey Man' and 'Boris the Spider') are among his best and introduced fans for the first time to the virtuoso bassist's dark, twisted sense of humor. Although prior to 'A Quick One's' release The Who had several hit singles, it was this album that put the music world on notice that Townshend and crew were far more than simply a high energy rock & roll band.
Roger Daltrey, vocals
John Entwistle, bass, French horn, trumpet, vocals, backing vocals
Pete Townshend, guitars, penny-whistle, keyboards, vocals
Keith Moon, drums, percussion, tuba, vocals
Recorded from September – November 1966, IBC Studios and Pye Studios in London
Produced by Kit Lambert
Digitally remastered