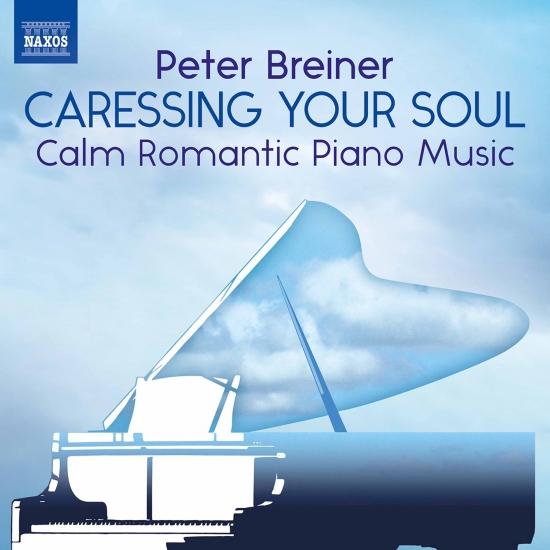 Peter Breiner is one of the world’s most recorded musicians, with many acclaimed releases such as the best-selling Beatles Go Baroque (Naxos 8.555010). An exceptional composer/arranger and an accomplished pianist, Breiner is equally at home in almost every genre of music. His origins in Slovakia and his experience in composing for films and for all kinds of audiences has resulted in a personal style that is both accessible and deeply touching. The tranquil and serene pieces for Caressing Your Soul meld melodic substance with musical expression to provide solace, relief and peace of mind in an oasis of calming music.
"Peter Breiner was commissioned by Klaus Heymann, founder of Naxos Records, to write an album of romantic piano works recorded with the title ‘Caressing Your Soul’.
Born in Slovakia in 1957, Peter Breiner – pianist, composer, conductor and arranger – has worked in many different markets, his music for films and television providing the backdrop for music that is both tranquil and soothing, while keeping in touch with the light music of yesteryear in creating beautiful melodies. Written over the past two years, the titles set the scene for differing pictures, opening with the Little Snowflake that drops gently to earth; we can enjoy the quizzical Sunday Morning on Thursday where everything is going wrong, arriving at the piano version of his Slovak Dances, Naughty and Sad, featured in the orchestral disc reviewed last month. Travelling further I particularly enjoyed the Latvian Romance, and a Little Light Music, with the feeling I have heard it somewhere before. We eventually arrive at the ‘music box’ sounds of Instant and Sweet, before the soothing, This Too Shall Pass fulfils the commission to create a disc of ‘Calm Romantic Piano Music’. In total there are twenty-two tracks in a well-filled disc, most hovering around three to four minutes, which proves an ideal length. Breiner’s playing is lucid and at times you feel as if he is extemporising, but that is the freedom a composer should enjoy! (David’s Review Corner)
Peter Breiner, piano 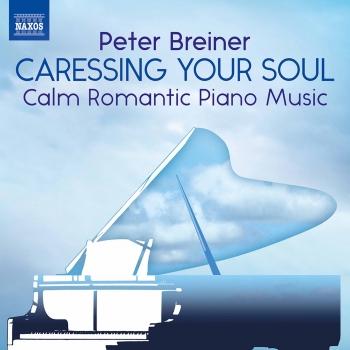 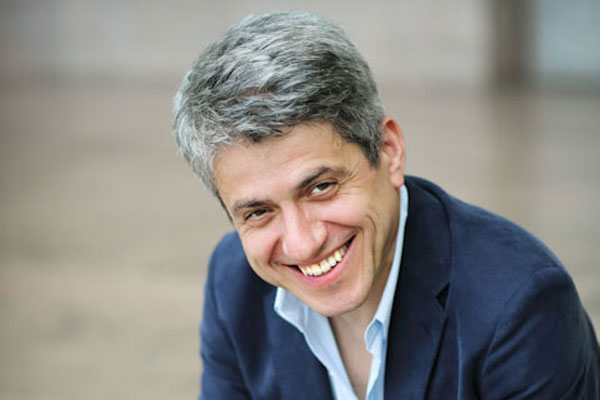 Peter Breiner
Known as a conductor, pianist, arranger and composer, Peter Breiner has conducted, often doubling as a pianist, Royal Philharmonic Orchestra, Bournemouth Symphony Orchestra, New Zealand Symphony Orchestra, Jerusalem Symphony Orchestra, Vienna Mozart Orchestra, the Westdeutsche Rundfunk Symphony, Hungarian State Radio Orchestra, Nicolaus Esterhazy Orchestra Budapest, Polish Radio and TV Symphony Orchestra, Ukrainian State Symphony Orchestra, Moscow Symphony Orchestra, Slovak Philharmonic Orchestra, Slovak Radio Symphony Orchestra, Capella Istropolitana, Queensland Symphony Orchestra, Orchestra National de Lille, France, and Hong Kong Philharmonic Orchestra, to mention just a few. He is one of the world's most recorded musicians, with over 260 CDs released and over 2 million albums sold and uncountable streams/downloads mostly stolen.
Some of his most acclaimed recordings include Beatles Go Baroque (over quarter of million CDs sold worldwide) and Elvis Goes Baroque representing the collections of his commercially most successful Baroque arrangements together with Christmas Goes Baroque 1 and 2. The follow-up to this bestseller - Beatles go Baroque Again was recorded in December 2018 with some of the best soloists in the world and released in 2019 on Naxos label to general critical acclaim and massive interest at streaming sites.
His arrangements of national anthems of ALL participating countries were used during the Olympic Games in Athens in 2004 and illegally in Beijing in 2008. He recorded his own arrangements of the anthems of the participating countries of the Rugby World Cup 2011 and a new 10 CD set of the National Anthems of the World 2013 Edition was written to coincide with the 2012 Olympic Games in London and was released in July 2013 by Naxos.
Peter recorded his own arrangements of Mussorgsky's Pictures at an Exhibition, Songs and Dances of Death and The Nursery and Tchaikovsky's Operatic Suites from The Voyevoda and The Queen of Spades for Naxos. These recordings, with the New Zealand Symphony Orchestra and conducted by Peter, are the subject of a movie documentary entitled Bask. In addition, September 2012 saw the award-winning Naxos release of Peter's own arrangements of Debussy's 24 Piano Preludes.
The world premiere recording for Naxos of his own arrangements of Janacek’s Six Operatic Suites with the New Zealand Symphony Orchestra and himself conducting earned similar acclaim, Gramophone stating “ Splendid disc .... conducted with passion and sympathetic understanding .. “ the Chicago Tribune adding “ Breiner fills the void with beautifully crafted symphonic suites based on the music of Jenufa”. All of these albums achieved places on worlwide Top Seller and Best Recording lists. His trio, Triango’s latest album was released in the fall of 2011 by First Impression Music.
Premiered live in July 2013 was the music for a huge Transmedia project to consist of audio recording, several interactive videos, and audience-involvement platforms – Slovak Dances, Nasty and Nice. This project is based on Peter’s own 100 minute orchestral suite of dances which was recorded in September 2018 by Slovak Philharmonic Orchestra with the composer conducting and released in September 2020 on Naxos. It was performed at the Carnegie Hall in New York in December 2016 and also performed as a ballet at the Slovak National Theater for three seasons. Peter also conducted Prokofiev's Romeo and Juliet for two seasons there and the same company commissioned a full length ballet based on a novel by Mikhail Bulgakov Master and Margaret for their 100th season in 2021.
In general, Peter's music, whether his own or his arrangements, has been used by choreographers at numerous remarkable ballet companies (American Ballet Theater, Houston Ballet, Royal Ballet (GB), Balet Jorgen Canada, Queensland Ballet, Ballet am Rhein and many others).
Peter's compositions and arrangements have been played in concerts worldwide. Films that include his musical scores have enjoyed very wide international exposure (such as Anne of Green Gables , Timothy Findley's Piano Man's Daughter , produced by Whoopi Goldberg, and The Magic Flute ) and his music has been featured many times on the most popular TV shows (including CBC television show Wind at My Back and a CBS movie Seasons of Love ).
It is difficult to assign a title to this artist - is he the conductor who composes or is he the pianist who arranges? As he simply states, "I am a musician". In this age of high specialization, it is not so easy to find someone who, with the same ease, takes the podium for a popular light classics concert, plays/directs from the piano, conducts a symphonic orchestra in Barber or Janacek or in a program of his own arrangements, a chamber orchestra with baroque programme while playing harpsichord or a group of almost 200 musicians recording a score for Universal Studios' movie.
Peter was the curator of “Sounds of Serendipity” – a series of Contemporary Classical Music Concerts featuring new and emerging composers and performers with a unique connection to both Peter and Czechoslovak music culture. The annual series was presented at the Bohemian National Hall, New York.
In 2018-2019 Peter's musical "Anne of Green Gables" has been in two full stage readings with the Broadway's most famous producer Jack Viertel and it is currently in further development.
Peter began to study piano in his early childhood (1961) and his exceptional artistry led to his early acceptance at the Conservatory in Kosice (1971). He studied piano (L. Kojanova), composition (J. Podprocky), conducting and percussion. In 1975-1981 he studied composition at the Academy of Performing Arts in Bratislava (former Czechoslovakia) with Prof. Alexander Moyzes, one of the most significant figures in modern Slovak music - and this way he became a compositional great-grandson of Antonin Dvorak.
Peter Breiner lived in Toronto, Canada since 1992 till 2007 when he moved to New York and in July 2020 he moved to London, United Kingdom.