Amirov: One Thousand and One Nights Suite & To the Memory of Nizami Kiev Virtuosi Symphony Orchestra & Dmitry Yablonsky 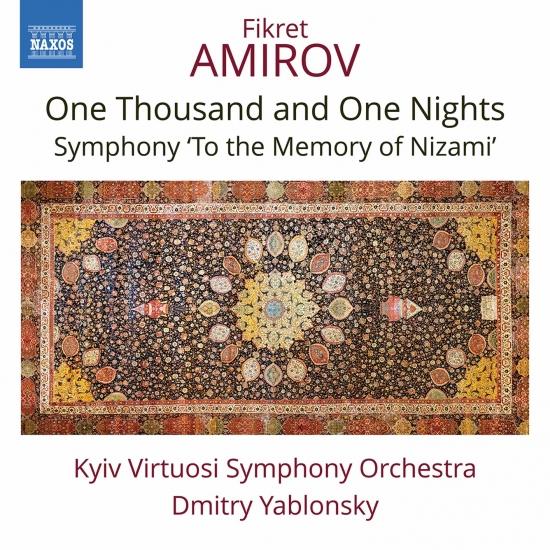 Info for Amirov: One Thousand and One Nights Suite & To the Memory of Nizami

Fikret Amirov is one of Azerbaijan’s best-known 20th-century composers in the classical tradition, and the inventor of the ‘symphonic mugam’ based on traditional folk melodies (as can be heard on Naxos 8.572170). Symphony ‘To the Memory of Nizami’ reflects the character of the celebrated and influential Muslim poet and philosopher Nizami, who was born in the ancient city of Ganga in Azerbaijan. Amirov’s skill in evoking fantastic worlds is heard in a suite derived from the ballet One Thousand and One Nights, in which this famous narrative about the seductive and perilous Orient resolves from a cinematic chase into a memorable love scene and final triumphant celebrations.
"This sixth instalment, in a Naxos series that is bringing together the symphonic music of Azerbaijani composers, returns to the Twentieth century of Fikret Amirov.
Born in 1922, his mature education introduced him to the era of highly coloured scores from Rimsky-Korsakov and Russia’s ‘Mighty Handful’ of composers, a fact that becomes immediately evident at the outset of his 1941 Symphony. It was written to mark the 800th anniversary of the birth of Nizami Ganjavi, the Muslim poet who lived in that part of the world we now know as Azerbaijan. Scored for strings, and in four movements, it is an example of writing ‘modern’ music in a purely tonal idiom, the powerful opening Allegro setting a scene of sombre sadness, while the second movement is cast as a gentle oriental dance. There is a return to out-flowing sadness in the Third, the short finale in the style of Khachaturian that continues in the Suite from Amirov’s ballet, ‘One Thousand and One Nights’. Highly charged and virtuoso score, there is plenty for the timpani and percussion department to inject a ‘spicy’ East European mode, the rhythms often taking an unexpected shift, I guess, on stage, the whole ballet is a brilliant spectacle. Both works are performed by the Kyiv Virtuosi Symphony, an orchestra formed by outstanding young musicians from the Ukraine. They are obviously enjoying working with the Russian conductor, Dmitry Yablonsky, in a highly detailed and transparent recording. Unusual music from Amirov, and I commend it to you." (David’s Review Corner)
Kyiv Virtuosi Symphony Orchestra
Dmitry Yablonsky, conductor 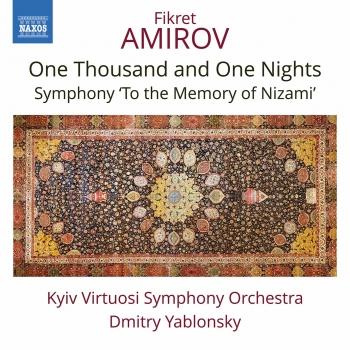 Amirov: One Thousand and One Nights Suite & To the Memory of Nizami 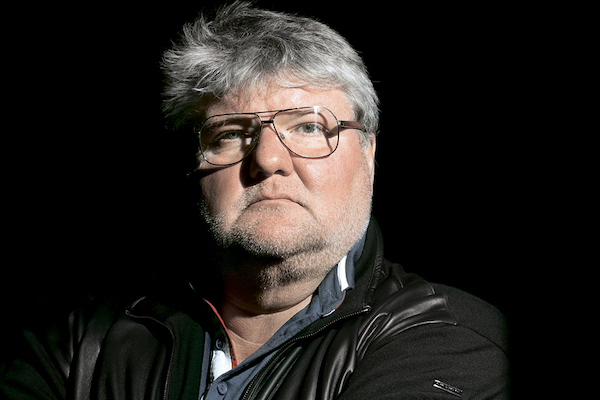 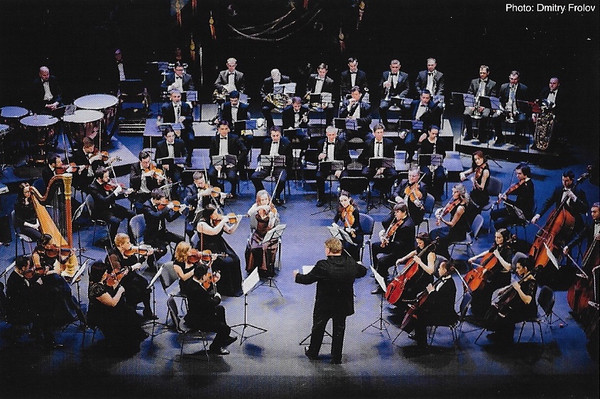 Dmitry Yablonsky
has been Chief Conductor of Kiev Soloists for 3 years before deciding to organise a renovated orchestra, Kyiv Virtuosi.
All musicians were hand picked to join this exclusive ensemble and immediate success was obvious. All concerts in Kiev are performed to a sold out audience. Musicians in Kyiv Virtuosi are the best chamber music players and professional soloists, who performed all over the world from Paris to Japan and from London to San Francisco, not to mention many countries in South America and Australia.
In addition to the intense activity as a chamber orchestra, Kyiv Virtuosi are also a symphony orchestra that is very demanded for special projects. In summer 2016, Kyiv Virtuosi chamber orchestra and Kyiv Virtuosi Symphony orchestra were both in residence of Gabala Music Festival in Azerbaijan, and have toured Italy, France, Spain and Switzerland.
A symphonic serie with important soloists have been organized at the Franco Theatre in Kiev, with a great welcome by the audience and specialized critic.
Kyiv Virtuosi perform and tour around the world, and are starting a very vast and intense recording schedule for Naxos Records, with Chamber Symphonies by Shostakovich and Silvestrov among others.
Kyiv Virtuosi Symphony Orchestra
Based in the capital of Ukraine, the Kyiv Virtuosi Symphony Orchestra has earned national and international recognition from both listeners and critics around the world as one of the country’s leading orchestral ensembles. With an average age of 30, this youthful orchestra unites talented musicians from all over Ukraine, most of whom are winners of various competitions.
The ensemble gained its reputation by popularising the music of Western composers in Ukraine, as well as enjoying a very close collaboration with outstanding contemporary composers such as Krzysztof Penderecki, Valentin Silvestrov and Myroslav Skoryk. The orchestra’s unique sound and virtuosity have attracted many internationally acclaimed soloists and conductors to appear with them over the years.
The Kyiv Virtuosi Symphony Orchestra bring their high level of artistry together with their Ukrainian pride to a wide range of audiences. Their recent tours have taken them to countries such as Switzerland, France, Spain and Azerbaijan, among others.

Booklet for Amirov: One Thousand and One Nights Suite & To the Memory of Nizami