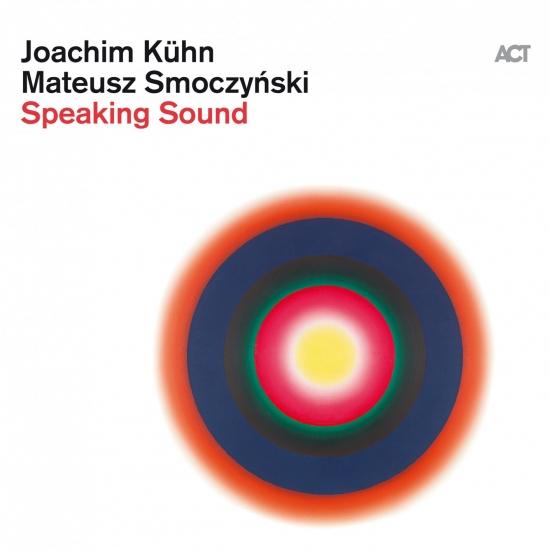 You can already hear the first notes of 'Speaking Sound': With German piano great Joachim Kühn and Mateusz Smoczyński, the violinist of the highly acclaimed Polish "Atom String Quartet", two musicians have come together who, without many words, click in a real magical way and inspire each other to explore the full range of their musical possibilities - from rich and beautiful melodies, to free outbursts of energy. Chamber jazz without borders.
There is serendipity about Joachim Kühn and Mateusz Smoczyński having combined as a duo. Their musical conversations tend to be sparked off by catchy little themes or motifs. Dialogues evolve freely, but also have a real sense of focus. Their pulse and their breathing seem to be as one. The pair have the courage to set off wherever their combined fantasy and imagination will take them, finding all kinds of moods and emotions along the way.
On “Speaking Sound”, the sounds do indeed speak for themselves. Jazz has always been about what musicians have to say through their the instruments and about developing a personal sound. Joachim Kühn and Mateusz Smoczyński do this in a way that is not just congenial but also completely enthralling. Both have roots in classical music: the pianist grew up in Bach’s town of Leipzig, and the violinist, four decades younger than him, is a graduate of the Frédéric Chopin Music Academy in Warsaw. The principle that the European classical tradition can come alive through the expressive possibilities of jazz is part of the creative essence of both of these musicians.
When he is playing in his New Trio with Chris Jennings and Eric Schaefer, Joachim Kühn lands naturally in a groove which has both a sense of urgency and velocity and a magical allure about it; by contrast, the prevalent mood in his duo with Mateusz Smoczyński is far more contemplative. Kühn explains that in their instrumental dialogues, they have tended to settle into a feel that is both tranquil and essentially positive. Such warmth and generosity of spirit were hallmarks of Ornette Coleman, whom Joachim Kühn idolised early on, and with whom he also had the good fortune to work very closely. And whereas Joachim Kühn's current solo project "Melodic Ornette" allows the unique beauty of Coleman's melodies to shine through, in his duo with Mateusz Smoczyński, the focus is his own compositions plus pieces by musician friends such as the tune "Schubertauster" by Vincent Peirani. The core context remains European, but with Rabih Abou-Khalil's "I'm Better Off Without You" and also "No. 40" from Gurdjieff's "Asian Songs and Rhythms" there is a clear sense of an openness to the Orient.
Piano and violin is a conventional combination in classical music and this duo knowingly maintains that legacy. Nevertheless, this chamber music with its boundless possibilities would not have been conceivable without the impulse of jazz.
And Joachim Kühn and Mateusz Smoczyński share one reference point which is the work of the Polish jazz violinist Zbigniew Seifert. Unlike any of his predecessors, Seifert succeeded in transferring something of the sound and the spirit of Coltrane to the violin, while at the same time incorporating his own Slavic mindset. Joachim Kühn was a close friend of the violinist who died tragically early in 1979. Their work together was quite superb, as can be heard from Kühn's records "Cinemascope" and "Springfever", and also from Seifert's seminal 1976 recording "Man Of The Light". Joachim Kühn was also the pianist when Seifert's "Jazz Concerto for violin, symphony orchestra and rhythm section" received its premiere in Hanover in 1974 with the NDR Radio Orchestra.
No one from Poland who plays jazz violin can possibly avoid the influence of Zbigniew Seifert. Mateusz Smoczyński has internalized the work of his forerunner, and yet he has found its own language and also developed a brilliant technique which is highly individual. His achievements led in 2016 to him being awarded First Prize at the International Competition for Jazz Violinists in Krakow, a competitition which bears Seifert’s name. Smoczyński is co-founder of the Atom String Quartet, a group well known far beyond the borders of Poland, and was first violin in the legendary Turtle Island String Quartet from 2012 to 2016. He works with his own quintet, with his New Trio, has made his mark as a composer, with the violin concerto "Adam's Apple" for example, and has also released a solo album.
Kühn and Smoczyński appeared for the first time together on stage in 2009 at the Polish premiere of Zbigniew Seifert's Violin Concerto in Kraków with the Kraków Philharmonic Orchestra. Then followed another meeting at a concert in Katowice in 2018, this time with the National Symphony Orchestra of Polish Radio. Joachim Kühn was delighted to discover quite how far the violinist’s playing had developed in the interim. After duo improvisations in the dressing room of the Philharmonic Hall in Katowice, Kühn suggested they should do a recording together at his home on Ibiza. So, five months later, in April 2019, Mateusz Smoczyński stood with his violin alongside Joachim Kühn seated at the Steinway. Relaxed, and enjoying vistas of the salt flats at the southern tip of the island and of the sea beyond, they recorded music for 4 1/2 hours with virtually no re-takes. This album captures some of the most impressive moments from that session. Their dialogues are somehow luminous. There is eloquence without ever being garrulous, beautiful sound but an avoidance of any descent into triviality. Two musicians who inspire and trust each other have found repose and clarity in a world that has lost its bearings.
Joachim Kühn, piano
Mateusz Smoczyński, violin, baritone violin 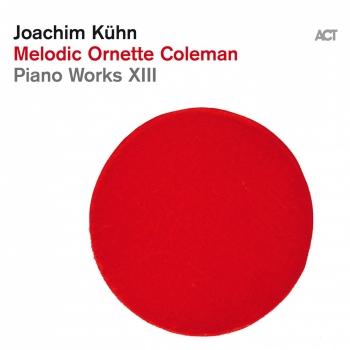 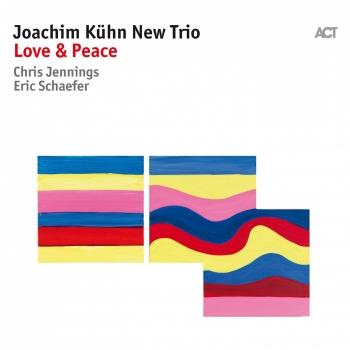 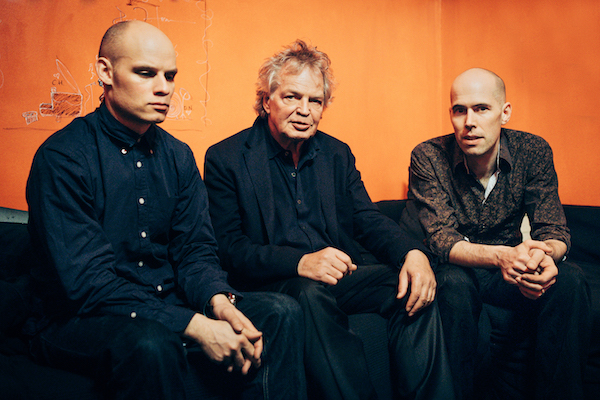 Joachim Kühn Trio
Joachim Kühn is a German pianist of world standing, a stand-alone figure in European jazz. In his new trio, joined by players from a much younger generation, he shows absolutely no signs either of slackening or of surrendering to his age - he is in his early seventies. Kühn’s musical curiosity is as boundless as it always was, his urge to keep creating new music is undimmed. It is as if for him to stand still would be to go backwards. He lives in a finca in a remote part of Ibiza, overlooking the Mediterranean, where he is to be found either at the piano - he plays every day – or dipping into his vast library of music. He has over 1,500 CDs, ranging from old recordings to up-to-the-minute releases.
For “Beauty & Truth” he and producer Siggi Loch have made a selection of new and old pieces, reaching out into unfamiliar repertoire, and recorded them with the new trio. “These are strong melodies which can be given a really distinctive shape” he explains. They are also pieces which in their different ways are of personal significance to him. “Kattorna”, the Krzysztof Komeda composition, is a case in point: “I was present at the recording sessions for the album “Astigmatic” in Warsaw in 1965, and listened in. The memory of having heard this piece came flooding back to me.” Kühn is also to be heard for the first time playing the music of The Doors. There is also a reggae-dub track from Stand High Patrol on the album. It was inevitable that Ornette Coleman, who died in June 2015, and played exclusively with Kühn from 1996 to 2000 would also figure prominently. The title track “Beauty And Truth” is a miniature for solo piano. It serves as a prologue to the album, both setting its tone and defining its concept, which is to get straight to the essence of what each composition is about, to discover its intrinsic truth, and to elicit the authentic beauty from it.
In these twelve pieces a new and different Joachim Kühn can be heard: his piano playing is powerful and clear, and musically he has a way of going straight to the heart of the matter. He is always solidly grounded in the groove, he plays with unconfined joy - and with buckets of soul too. Kühn is palpably excited by his new trio: “After several years, I have now returned to the classic piano trio format. The trio with Jean-François Jenny-Clark and Daniel Humair was in existence for 30 years. It was the trio of my life. The depth and the intensity we found were incredible. In Eric and Chris I have found a new dream team. It is very inspiring to play with them.”