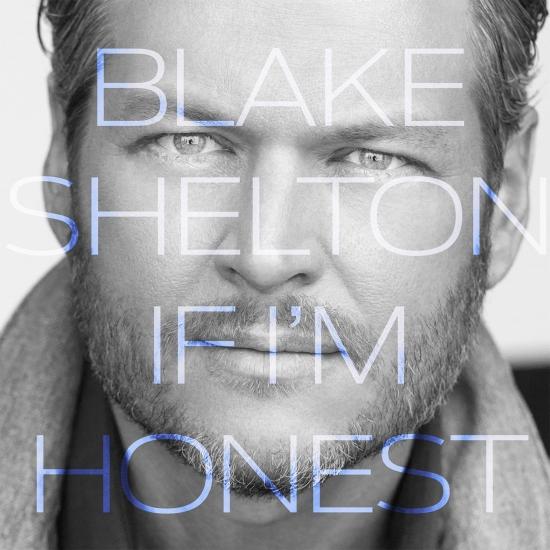 Info for If I'm Honest

If I'm Honest is Blake's 10th studio album. It was again produced by Scott Hendricks, and features 15 brand new songs, including the already Top 10 single; 'Came Here To Forget', as well as 'Friends' from the film Angry Birds and the Gwen Stefani duet 'Go Ahead And Break My Heart“.
On “Came Here To Forget,” a song off Blake Shelton’s 10th studio album, two spurned lovers meet in a bar. Bonding on rejection, they spark their own pained romance, vowing to “drink till we can’t remember what we came here to forget.” On the following song, “Every Goodbye,” two losers-in-love collide in the another watering hole, where one tells the other, “You can be my heartbreak medicine/Proof that even dark clouds have a silver lining.”
It doesn’t take a CSI detective to figure out who these songs, along with many others on Shelton’s If I’m Honest, are about. They are chronicles of his relationship with fellow Voice judge Gwen Stefani, a connection famously forged in the wake of symmetrical breakups: he from Miranda Lambert, she from Gavin Rossdale.
Should anyone miss the album’s gossipy framing, Shelton and Stefani co-wrote, and co-sing, a song titled “Go Ahead and Break My Heart,” which offers a simultaneous spit-in-the-face and cri de couer to their exes.
It’s interesting that more songs on Honest express either anger about—or pining for—a vanished lover rather than celebrating the discovery of a new one. But the search for solace underscores it all, from the commitment-seeking “One Night Girl” to what could be Shelton’s first overtly religious ode, “Savior’s Shadow.”
Together, this makes for the most autobiographical album of Shelton’s career. So why does it end up seeming about as weighty and true as a reality show? For one thing, Shelton’s voice lacks the kind of emotional depth that’d bring a listener to tears. On his duet with Stefani, her ache upstages his from the first phrase. What’s more: the album’s breezy Nashville-pop tunes never strike below the surface. Small wonder the toss-off songs seem more credible. There’s everything from “Straight Outta Beer,” an ode to getting soused, to “Doing It to Country Songs,” where the object of his affection isn’t a person—but Music Row creations every bit as slick as this.
Blake Shelton, vocals
Gwen Stefani, guest vocals
Tom Bukovac, electric guitar
Rick Marty, electric guitar
Troy Lancaster, electric guitar
Paul Franklin, pedal steel guitar
Russ Pahl, pedal steel guitar
Bryan Sutton, acoustic guitar
Ilya Toshinsky, acoustic guitar
Gordon Mote, Hammond B-3 organ, keyboards, piano
Jimmie Lee Sloas, bass
Tony Lucido, bass
Charlie Judge, string arrangements, synthesizer
Jim Horn, saxophone
Roy Agee, trombone
Steve Herrmann, trumpet
Aubrey Haynie, fiddle, mandolin
Emily Nelson, cello
Charles Dixon, cello, violin
Jessica Blackwell, violin
Hari Bernstein, viola
Jessi Alexander, background vocals
Duane Allen, background vocals
Joe Bonsall, background vocals
Perry Coleman, background vocals
William Lee Golden, background vocals
Wes Hightower, background vocals
Jon Randall, background vocals
Richard Sterban, background vocals
The Oak Ridge Boys, background vocals
Engineered by Jeff Balding, Clarke Schleicher
Mixed and recorded by Drew Bollman, Justin Niebank
Produced by Scott Hendricks