Based on a True Story... (Deluxe Edition) Blake Shelton 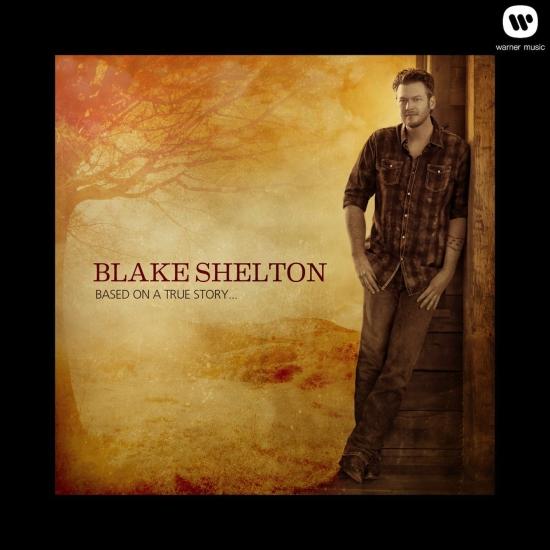 Info for Based on a True Story... (Deluxe Edition)

Country superstar/'Voice' coach Blake Shelton is all about getting personal on 'Based On A True Story…,' his seventh studio album to date. 'Every song on the album, I've either been through those situations, or I'm going through them right now,' Shelton admitted. Among the most relevant in Shelton's life at the moment are cuts like 'Doin' What She Likes' and 'Ten Times Crazier.' If fans felt like they got to know the real Blake on the hit NBC show, they'll get another close look with this batch of songs.
The new album is also gearing up for a strong showing on the charts. Lead single 'Sure Be Cool If You Did' currently sits at No. 24 on the Hot 100, its highest position in its 10 weeks on the chart. But there are plenty of other potential hits on 'True Story'
'Based on a True Story does have truly inspired moments. Blake finally finds the country kiss-off he’s been searching for since, well, “Kiss My Country Ass” with the bawdy “I Still Got a Finger,” the 21st-century equivalent of Johnny Paycheck’s “Take This Job and Shove It.” Likewise, “Ten Times Crazier” is a singalong deserving of its status as the name of Blake’s upcoming tour. But it’s on the ballads, “Mine Would Be You” and the oft-recorded hunting ode “Granddaddy’s Gun,” among them, where Blake excels and the avowed smart aleck is found with his heart on his denim sleeve.' (Joseph Hudak, Country Weekly)
Bryan Sutton, acoustic guitars
Danny Parks, acoustic guitar, banjo
Troy Lancaster, electric guitar
Tom Bukovac, electric guitar
Adam Shoenfeld, electric guitar
Russ Pahl, lap and pedal steel guitar
Paul Franklin, pedal steel guitar
John Willis, banjo
Aubrey Haynie, fiddle
Gordon Mote, piano, Hammond b-3 organ, Wurlitzer organ
Charlie Judge, Hammond b-3 organ, synthesizer
Greg Morrow, drums, percussion
Ben Phillips, percussion
Jimmy Robbins, programming
Chris Tompkins, programming
Rodney Clawson, background vocals
Dallas Davidson, background vocals
Gwen Sebastian, background vocals
Pistol Annies, background vocals
RaeLynn, background vocals
Rhett Akins, background vocals
Scott Hendricks, background vocals
Wes Hightower, background vocals
Perry Coleman, background vocals
Recorded at Cinema Sound; Ocean Way, Nashville, TN; Riverview Back Porch Studio; Sound Emporium; Villahona Resort; Warner Bros Studio B.
Engineered by Justin Niebank