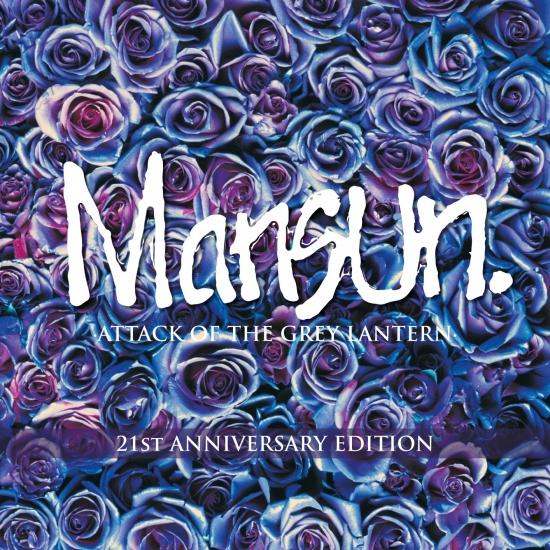 Mansun was one of the most iconic and innovative British bands of the late 90s with Parlophone. They released four classic albums 'Attack of the Grey Lantern' (1997), 'Six' (1998), 'Little Kix' (2000) and the compilation 'Kleptomania' following the band's split  as well as a popular and now rare series of EPs. Kscope, having now acquired this impressive catalogue, are running a thorough reissue series that delves into a treasure trove of previously unreleased audio and visual material, including the much-awaited full remaster of their #1 album 'Attack of the Grey Lantern'.
The band's output launched them into a fervent cult following, which now holds the annual UK Mansun Convention and started the petition that called for frontman Paul Draper to release his debut solo album 'Spooky Action' in August 2017. The solo album, also released on Kscope, hit #19 in the UK album charts and led to a sold-out UK solo tour, during which he performed Mansun's definitive and most popular track "Wide Open Space", and its live recording features on Draper's new live album 'Live at Scala'. Due to fan-driven popular demand, Paul then played an ambitious second solo tour in early 2018, performing 'Spooky Action' as well as 'Attack of the Grey Lantern'.
Now twenty-one years on, the album has been fully overhauled for a gloriously deluxe reissue package remastered from the original multi-tracks by Jon Astley and with the band and Paul’s longtime studio collaborator PDub. The album of extra material include previously unheard demo recordings, studio outtakes and long unheard BBC sessions recorded prior to the album’s release.
Attack of the Grey Lantern featured the hit singles Wide Open Space, Egg Shaped Fred, Taxloss and She Makes My Nose Bleed. Mansun were Paul Draper (vocals, guitar, production), Dominic Chad (guitar, piano, synths), Stove (bass), Andie Rathbone (drums).
Mansun’s Paul Draper recently played a sold out tour of the UK playing Attack of the Grey Lantern in its entirety. Much of the album had never been performed live prior to these dates. Paul’s first solo album – Spooky Action – was released on Kscope to critical acclaim in August 2017, being described by Record Collector in a 5* review as “the perfect confection for the later days of the 2010s”. Paul sets off on his first ever solo tour of the States in April/May – the first time he has played US dates since the ’97 release of Attack of the Grey Lantern. Kscope took on the Mansun back catalogue in 2017, they plan to release expanded, deluxe editions of the band’s other albums – Six and Little Kix – in the future.
"Opening with the swirling, cinematic strings of "The Chad Who Loved Me," Mansun's debut album, Attack of the Grey Lantern, is anything but a conventional Brit-pop record. Few debut records are this assured, especially when a group is developing such an idiosyncratic, individual style. Mansun recalls many artists -- Suede, Manic Street Preachers, Tears for Fears, David Bowie, ABC, Blur, Prince -- without sounding exactly like any of them. Attack of the Grey Lantern is a grandiose, darkly seductive blend of new wave and '90s indie rock, filled with phased guitars, drum machines, and subversive, off-kilter song structures, many of which wind past five minutes. No song is ever quite what it seems -- "Mansun's Only Love Song" balances between soul and fractured pop, "Stripper Vicar" has new wave backing vocals and hard-rock chords, while "Taxloss" marries Suede's dark glam rock with uneasy psychedelia. It's an ambitious, even pretentious, record, but Mansun has enough confidence and skill to make it an astonishingly original debut." (Stephen Thomas Erlewine, AMG)
Paul Draper, vocals, guitar
Dominic Chad, guitar, piano, synths
Stove, bass
Andie Rathbone, drums
Digitally remastered 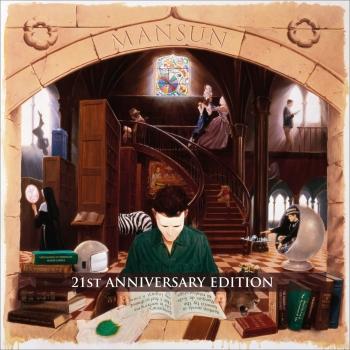 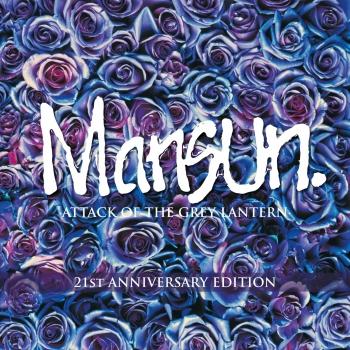 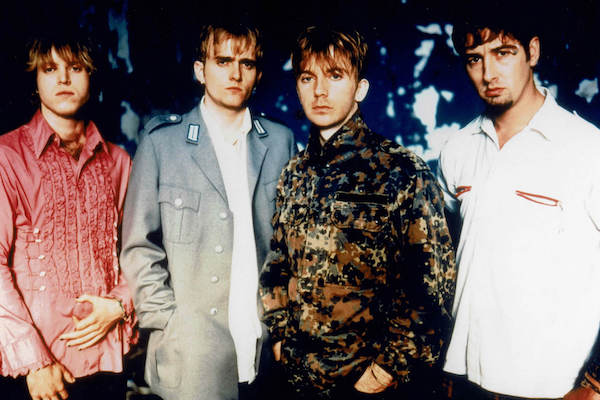 Paul Draper
This summer sees the return of one of British rock’s most singular and distinctive voices. On August 11th, former Mansun frontman Paul Draper releases his debut solo album Spooky Action. Crafted with the same idiosyncratic songwriting and production that made him a 90’s cult hero, the album comes with a more personal perspective, and newfound lust for life.
At the peak of their powers, Mansun were one of the UK’s most renowned rock exports - inspiring undying devotion in their fans with a sound so bold it would influence a generation of misfits to pick up guitars and push the envelope. A number one debut album (Attack of the Grey Lantern), a hugely acclaimed boundary pushing follow-up (Six) and numerous radio-hugging singles (brought together on the peerless Legacy collection). Then in 2003, while recording their fourth album Kleptomania, the band split amid great tension and musical differences. Years of legal battles and strife would follow, but having been in bands since he was 10-years-old, Draper kept on writing.
“We were a Britpop version of the Sex Pistols,” says Draper. “Great while it lasted but then imploded magnificently.”
However Draper, remained active - writing and producing with the likes of Skunk Anansie’s Skin, Menace Beach, The Joy Formidable, as well as his long-term and acclaimed collaborator Catherine AD (aka The Anchoress). However, when he lifted his head above the parapet, the world wanted more - leading fans to start a petition for Draper to unearth his own unreleased tracks and solo material.
“Someone recently told me ‘I really loved Mansun because you were like a prog-musical version of The League Of Gentlemen’,” laughs Draper. “Make of that what you will. I was just a working class product of the art school system from a small Welsh town. People just think we had good songs. We did so many EPs, played 200 gigs a year, we shook every hand. We never took any fan for granted. Those fans never went away.”
Riding on the wave of goodwill, last year saw Draper release two well-received EPs through Kscope whilst gaining accolades for his work on the award winning Anchoress album, Confessions of a Romance Novelist. Now with a huge sold out tour on the horizon, Draper is proud to announce his debut solo album Spooky Action - his most accomplished and autobiographical work to date.
“I had a lot to write about,” he admits. “I wrote down all of my thoughts about what happened to me in Mansun, and what happened to me afterwards. It was just another form of therapy.
“It’s been a cathartic process. I don’t work in a professional manner, I do it to heal something - whatever that is. I got a lot of anger out and I’m on the other side of it now. It’s taken a lot to get there.”
Spooky Action was a project born out of the death of Mansun, shelved as Draper went on to work behind the scenes with like-minded artists. The online fan petition - reported across the music press – forced Draper to revisit dusty solo material. With some older tracks and others written recently in collaboration with Catherine AD, Spooky Action is a portrait of an artist coming to terms with his past but with his heart very set on the future.
“I’ve dealt with the past; the music was just one of many processes that helped repair me as a person,” says Draper. “The music started out quite vengeful and ended in a happy place, just feeling happy and privileged to be able to make an album.”
So much so, that Draper is already looking ahead to touring and a follow up solo album. But for now, Draper’s just excited to get this record out there and enjoy the ‘whole new world’ of music in 2017.
“Someone once told me that people in the music industry used to say, ‘Don’t sign musicians like Paul Draper any more; just get people from stage school backgrounds’. But if you do that, you end up with homogenized music. Where’s the fun in that?”
Where indeed? It’s so good to have him back.